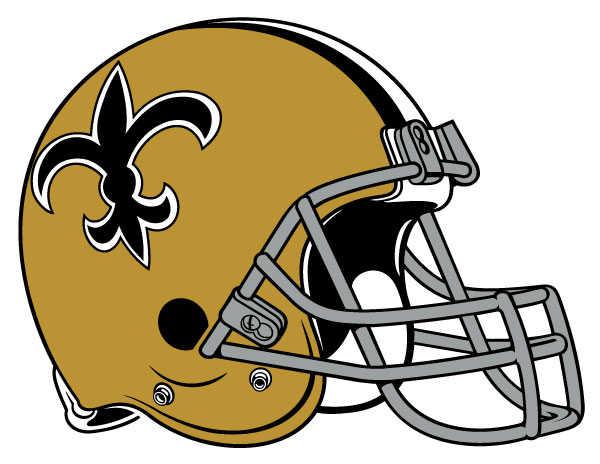 Now that the shock and panic induced by the Saints’ offseason moves have begun to wear off, both the fans and team can focus on this upcoming season and the common goal: championship(s).  The Saints hope to prove that they know what they are doing and aren’t completely insane (well at least not as insane as Chip Kelly, wink wink).  Perhaps the biggest question concerning the Saints’ season and its fantasy contributors is simple, “Who is Brees going to throw the ball to?”.

After trading away Jimmy Graham and Kenny Stills, the brightest shining star for the Saints offense is second year wide receiver Brandin Cooks.  Before suffering a broken thumb requiring surgery in week 11, Cooks was on track to finishing among the top of the rookie class last year with Odell Beckham Jr. and Mike Evans.  Cooks appears to have solidified his role as the Saints #1 receiver and has the potential to be at least a solid WR2 and, at worst, a viable flex player.

After Cooks, the Saints’ receiver pecking order, fantasy-wise, has been about as certain as the number of games Sam Bradford will play before tearing an ACL.  Veteran wide receiver Marques Colston has been a reliable target for Brees throughout his 9 years with the team, and still holds down the #2 roster spot.  Although there are questions of his explosiveness and durability at age 32, his height, along with his chemistry with Brees makes him a possible late round flyer.  Nick Toon and Brandon Coleman have been battling it out for the next roster spot, and it appears Coleman is closing in on the job. At 6’6”, the second year undrafted WR is a jump-ball grabbing big target, and we all know Brees likes his big targets. All throughout camp, the Saints have been raving about Coleman and even though he mostly played special teams in the first preseason game, he earned a starting spot in preseason week 2 with an expanded role.  He is a player I will definitely be keeping an eye on, not quite worth drafting yet but with the right opportunities could burst onto the scene as a sleeper.

At the tight end position the Saints have made a few minor additions/cuts, with Josh Hill and Benjamin Watson leading the group.  This is another situation to keep an eye on.  Last year, Josh Hill had 16 receptions, 5 of which were touchdowns.  With that being said, he is an incredible red zone target and could very well pick up some of what Graham left behind.  The only problem is, Benjamin Watson is also a very solid veteran tight end and will push him for playing time.  Hill could be drafted as a TE2 and stashed in case that breakout season people were predicting a few months ago ends up coming together.

The majority of this update has obviously focused on ball catchers but lets not forget the ball rushers.  Mark Ingram proved last year that he can be a #1 option at running back and deserves to get paid.  Ask and you shall receive – after finishing tied for third most rushing TDs and top 15 in yards, not only did the saints resign Ingram, they beefed up the O-line, in what looks like a transition to more of a ground and pound offensive scheme.  Ingram is worth drafting at RB2 and could possibly end the season as an RB1.  Another solid addition by the Saints was former Bills running back CJ Spiller.  If Spiller can stay healthy, he is a dangerous pass catcher out of the backfield and could be in a similar, but more successful role as former Saints pass catching RBs Pierre Thomas and Darren Sproles.  Unfortunately for Khiry Robinson, this means he is most likely pushed down the roster and won’t be fantasy relevant unless Ingram or Spiller go down (knock on wood).

Last but not least, let’s not forget about the man calling the shots – Drew Brees.  The Saints had an admittedly terrible season last year, but that doesn’t mean Brees fell off as an elite fantasy QB.  Brees still finished top 5 in all fantasy-relevant categories and hasn’t shown clear signs of a decline.  With a hopefully improved defense and run game, Brees is destined for another solid year and at a QB5 value, could be a steal of the draft.