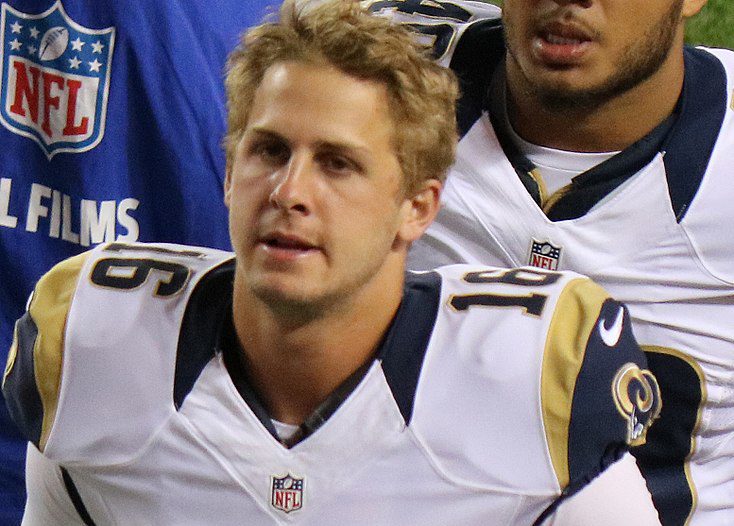 McCown has thrown at least two touchdowns in each of the last four games. He is playing Buffalo this week but he has them at home in the Thursday Night Football game. McCown did struggle in the first meeting against Buffalo but the way he has been playing as of late he is still a stream able QB this week with the byes.

There is not a lot on the waivers this week to get consistent fantasy points. Jared Goff is an option to stream and even though he has struggled against Jacksonville and Seattle the Giants are not on that level on defense. Couple that with the talent of Todd Gurley to help move the ball Goff should have 5-6 redzone attempts in this game.

Coach John Harbaugh said it himself that Alex Collins has earned more playing time. Going into the week no one had a better yard per rush average than Alex Collins, granted the sample size was not as large as the likes of Hunt, Gurley and Bell. He was finally added to the passing game this week and should be your number one target if you are in need of a running back.

With the Colts reportedly looking to shop Frank Gore and with Marlon Mack the clear future of the franchise at running back it’s only a matter of time before he is the starter. With his involvement in the passing game it just makes him all the more appealing in PPR.

With Denver increasing leaning on the run game C.J. Anderson has not cemented his place as the starter so there is room for Charles to move in. In addition Charles has more value in the passing game. If he has a good game against the Chiefs he could be the leading back in the committee that is the Broncos backfield.

With all of the controversy that has been stirred up by Bryant Juju did all his talking on the field over the last two weeks and he has solidified himself as the number two option behind Antonio Brown. With how he has performed in the last two weeks he isn’t chasing points he is the real deal. Even with his team on bye this week he is worth the add

With Stafford just throwing for over 400 yards against one of the top pass defenses in the leagues Golladay will be flex worth against a Packers defense that is really banged up in the secondary.

This last week no one played better at the tight end position than Doyle and with Houston and Pittsburgh in the next two games their defenses don’t look as tough as they did coming into this last week. Doyle has 32 targets in the last 3 weeks and that number doesn’t look to be going down anytime soon.

Kroft my not be a flashy pick but there are very few TE’s on waivers that have the high floor of Kroft. He has beat his projection each of the last 4 games and he has 3 touchdowns in those four games.

The Rams have played great efense over the last 3 games with 5 takeaways and 2 TDs. They are going up against a Giants offense that will be very one dimensional with the injuries to the WR corps.

We mentioned this on the podcast last week but with all the points that Dallas is putting up right now the kicker for Dallas, whoever it is, is going to be a fantasy starter.