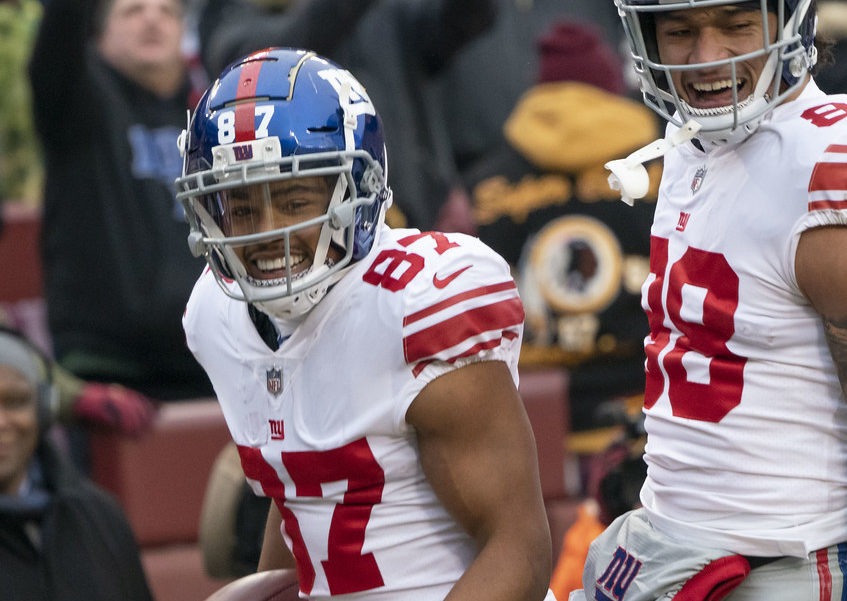 The New York Giants are heading into their first season since 2014 without Odell Beckham Jr., who despite his off-field drama was undoubtedly one of the most talented wide receivers in the game. The G-Men need another receiver to step up and fill the void Beckham’s departure creates, and naturally, eyes turn toward fourth-year wide receiver Sterling Shepard.

While there are some high hopes for Shepard now that he should see a greatly increased number of targets, fantasy owners should still be hesitant about drafting him to start every week.

One of the biggest reasons for this is the arrival of Golden Tate. Last season with the Lions and Eagles, Tate was in the slot for 69 percent of his snaps, which has also been where Shepard spends a lot of his time. The proven veteran Tate should take over main slot receiver duties, which moves Shepard out wide, where he has been less effective. Sure, he will see more targets and thus have more opportunities to produce but moving out of the slot combined with the fact that he will also now be drawing the No.1 cornerback seriously hurt his value.

Not only that, but the Giants quarterback situation is in disarray. Eli Manning will turn 39 years old this season, and even though they did draft Daniel Jones No.6 overall, they have been very non-committal about handing him the reigns to start the season. While Jones is expected to see the field at some point this season, no one knows when that will be. Shepard will have to deal with the uncertainty at the quarterback position all season, not to mention the below-average play.

Shepard finished as WR29 last season in half-ppr format, and while I don’t see his floor being much lower than that, I don’t see his ceiling being much higher either. Unless there is some surprise production from the Giants passing game, don’t draft him expecting anything more than low-end WR2 numbers.