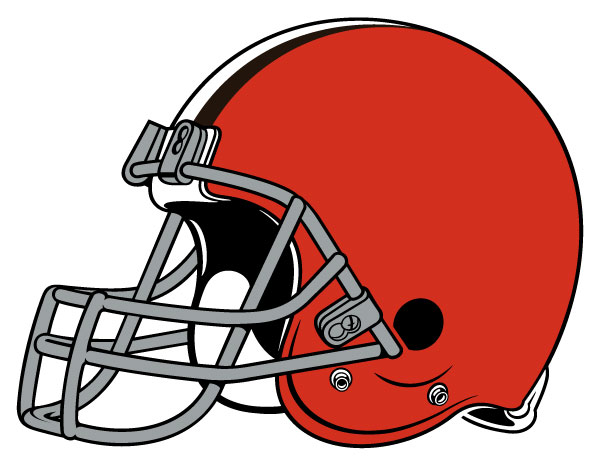 Nick Chubb enters the 2019 season poised to best his impressive numbers from his rookie season in 2018. Chubb was drafted in the second round of the 2018 NFL draft by the Browns and entered a crowded backfield with incumbents Carlos Hyde and Duke Johnson. However, it only took 6 weeks (Chubb became the starter for Cleveland in week 7) for Chubb to climb the depth chart and establish himself as the lead back for the Browns.

From week 7-17 Chubb handled 80% of the team’s designed run plays and 10% of the targets. He parlayed that workload into 823 rushing yards on 176 carries, 6 rushing TDs, 20 receptions, 149 receiving yards and an additional 2 scores in those 10 games. On the season Chubb boasted a 5.2 yards per carry (good for 10th best among qualified running backs) along with 1,145 total yards and 10 total touchdowns. This was good for a Running Back 15 finish in standard scoring (16th in half point ppr and 17th in ppr).

Fast forward to 2019: Chubb now has a full offseason with Baker Mayfield in place as the starting quarterback and an NFL season under his belt. To make matters even more favorable, Chubb has zero competition for the starting running back spot (for the first 8 weeks). Carlos Hyde was traded in the middle of the 2018 season to the Jacksonville Jaguars and Duke Johnson was recently traded to the Houston Texans. That leaves Chubb, Dontrell Hilliard, D’Ernest Johnson, AJ Ouellette, Trayone Gray and – the wild card – Kareem Hunt as the only other running backs currently on the Browns Roster.

Chubb is poised to flourish in his second season and first season as the unquestioned starter for the Browns. Chubb’s current ADP is 16th overall and the 10th running back coming off the board in standard scoring per Fantasy Focus (20th overall and RB11 in full ppr and 14 overall and RB9 in half point ppr). Chubb has a real opportunity to obliterate his current ADP and be a steal for fantasy owners as the lead back in the now high-octane Cleveland offense. However, as is the case with nearly every fantasy player, there are some causes for concern.

The elephant in the room is the signing of Kareem Hunt and his potential impact on Nick Chubb‘s role and number of touches he will receive. As discussed above, Hunt is suspended for the first 8 games of the regular season making him first eligible to return in week 10 against the Buffalo Bills (Cleveland has a week 7 bye). Hunt has not played meaningful football since November 19, 2018. When Hunt is eligible to return on November 10, 2019 it will be nearly a full calendar year since he has played a meaningful snap. As expected, rust will be a real issue for Hunt, and I would not think he would be in 2017-2018 Hunt form until week 12 at the earliest. Be that as it may, Hunt has been an absolute stud since he burst onto the scene in 2017. In 27 games Hunt totaled 2,151 rushing yards on 453 attempts (4.7 yards per carry), 15 rushing TDs, 79 receptions, 833 receiving yards, and an additional 10 receiving touchdowns.

Hunt was an unquestioned RB1 prior to his suspension, which obviously is a cause for concern. But fear not! As long as Chubb doesn’t completely ruin his opportunity, I do not envision the rusty Kareem Hunt posing as a big threat to Chubb’s season long value. In a perfect world, Chubb and Hunt can form a formidable 1-2 punch down the stretch for the Browns and their push for a playoff spot. I can’t believe I just said Browns and playoffs in the same sentence, but I digress. This scenario would have both Chubb and Hunt having value as middle RB2s. This would be a best-case scenario for Hunt (barring injury).

Another minor concern is Chubb’s injury history. Chubb suffered a horrific knee injury in his Sophomore season at Georgia but was able to bounce back in his Junior and Senior seasons and obviously showed no ill effects in his rookie year. However, that injury has to be in the back of any fantasy owner’s mind when investing an early selection in Chubb. Nevertheless, this is a very minor concern for Chubb and should have no effect on his ADP.

Overall, I think Chubb’s current ADP is fair, but he certainly has room to grow. The addition of Kareem Hunt does little to affect Chubb’s season long value and certainly does not hurt his dynasty value in the slightest. I am all in on Nick Chubb as a middle to back end RB1. I would be 100% more confident selecting Chubb over similarly situated running backs Leonard Fournette, Derrick Henry, Dalvin Cook, Melvin Gordon, Damien Williams and even Joe Mixon.

If he is available at the middle of the second round or if you want to reach to grab him at the end of the first in 12-14 (or deeper) leagues there would be zero argument from me with this “reach.” Chubb is a locked and loaded RB1 for the first 8 weeks of the season and, more likely than not, the entire 2019 season and beyond. Draft freely, but downgrade slightly in ppr formats.