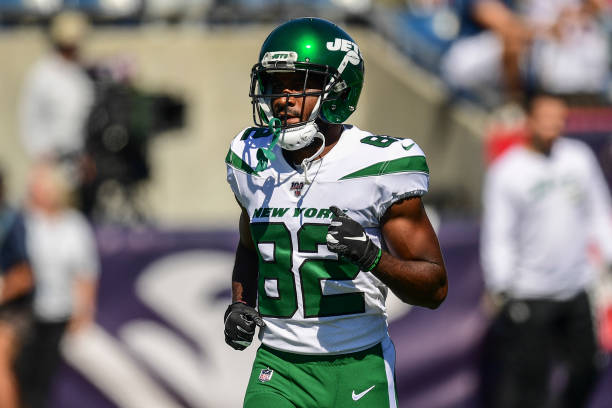 It’s crunch time. It’s do or die. It’s now or never. It’s–the last couple weeks before the fantasy football playoffs. Many are trying to make that final playoff push, and if you’re looking for a spark or are relatively thin at wide receiver, here are two under the radar, outside the top-30 pass catchers who could be in store for big games in Week 11 and might just win you your week.

The Jets offense seemed to somewhat get back on track Week 10, putting up 27 points on the Giants en-route to a 34-27 victory. Crowder had a very solid game, catching five passes for 81 yards and a score, and if you’re thinking that it’s just a product of the Giants’ poor defense, you’re probably right–and that’s exactly why you should start him Week 11. The Jets are going up against the dreadful 1-7 Washington Redskins, who have given the 12th most yards per game and 13th most points per game in the NFL. The Jets offense should be in store for another good day, and Crowder, who has averaged over six receptions per game when Sam Darnold is the starter, should see another sizable share of targets. I’m considering him a lock as a solid WR2 for Week 11, and he could potentially even give you WR1 numbers if he has a big game.

This one is a little riskier than Crowder, but Cobb could have a big Week 11 against the Detroit Lions. Contrary to popular belief, the Lions defense has actually been very bad this season, giving the third-most yards and ninth-most points per game in the league. Cobb, who is coming off putting up eight receptions for 106 yards and a score against a very good defense in the Minnesota Vikings in Week 10, has a decent chance at having another strong week. Yes, this was Cobb’s most yards by a longshot, with his next highest total (and last time he reached the endzone) being in Week 1 when he had four receptions for 69 yards, but he has consistently seen targets despite being the third option in Dallas behind Amari Cooper and Michael Gallup, averaging 4.75 per game in the eight he has played. He could bust, or he could go for another 100+ and a score against one of the worst defenses in football in what is going to be a must-win game for the Cowboys. He should for sure be in consideration for a start at FLEX, and potentially even WR2.