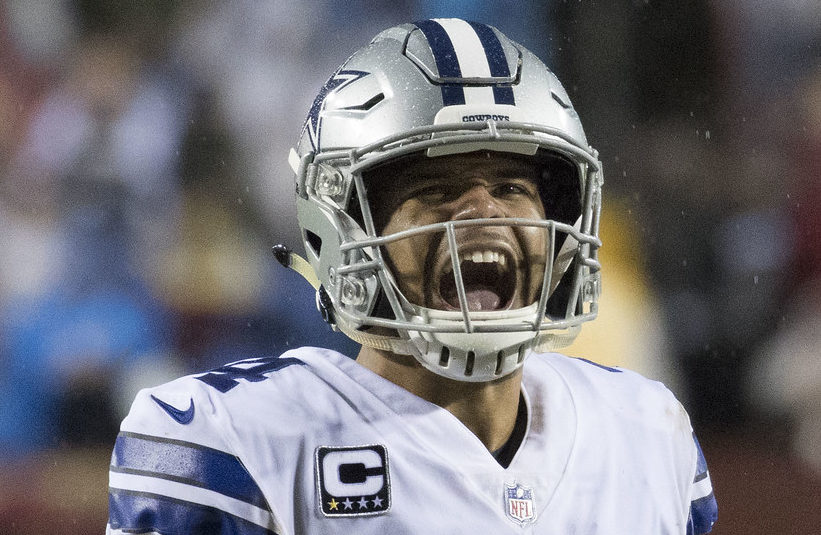 The Dallas Cowboys offense looks to stay on track when visiting the Detroit Lions this weekend. With his main weapons healthy and ready to go, Dak Prescott should pile on the fantasy points for the GM that decides to start him. The Detroit Lions have a very questionable secondary which will lead to many openings for Prescott to exploit. Start him in any league, regardless of format.

Coming off of their first loss this season, the San Francisco 49ers and Jimmy Garoppolo look to rebound this week with a divisional win. These games are very difficult to rely on specific players to produce points because the teams know each other so well. Jimmy Garoppolo however, is in a situation where his backfield is injured and will be throwing the ball a large amount. Have confidence when starting him this week.

Simply put, Jared Goff has a horrible matchup in front of him with one of the most daunting defenses in the league. He is coming off of a struggling performance that ended up with a losing result. The performance of the Los Angeles Rams offense has not been on the level that it was last season, and hence the point production from Jared Goff has not been there. With a horrible matchup in front of him, he should be sat if at all possible.

Facing the number one defense is a daunting task for any quarterback, and this is especially true for Carson Wentz in week 11. Regardless of this horrible matchup, the Philadelphia Eagles passing offense has simply not been at a level needed to make a playoff run. The team has the least total passing yardage in the league, and that will prove itself in this game. Sit Carson Wentz for another option which should be there being that he is coming off of a bye week.

Finally returning after an injury suffered in week one, Nick Foles looks to lead his team to a much-needed divisional win. The return of Dede Westbrook will give him more options in the passing game, but now is the time to prove that he is the team’s leader. This could be a quarterback that could be relied on down the stretch for the playoffs.

The back injury to Matthew Stafford seems to be recovering more slowly than expected, and Jeff Driskill will get another start because of it. If you are in need of a quarterback on the spot, he could be an option for you. Don’t expect the point production that you could from Matthew Stafford, but there is potential here at least for this week.