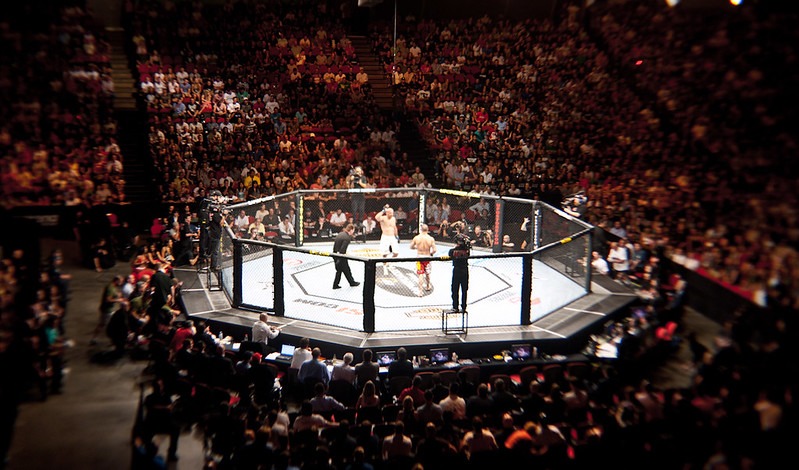 After seven weeks without a UFC event and more than five events canceled, the biggest fight promotion returns on May 9 with UFC 249. Jacksonville, Florida will host not one but three fight cards within an eight-day span. VyStar Veterans Memorial Arena will be the venue hosting the fights.

The UFC has been filling the cards and announcing fights for the next two fight cards. Here are some of the most exciting and intriguing fights that have been announced.

Light heavyweights Anthony Smith (32-14) and Glover Teixeira (30-7) will finally throw down May 13 in the main event. This fight was previously supposed to go down on April 25 in Omaha, Neb. Smith is trying to work his way back to the title and hasn’t fought since June 2019. Teixeira doesn’t have much left to prove, if he wants one more shot at the title, he must beat Smith.

Ovince Saint Preux (24-13) will move up to heavyweight to fight Ben Rothwell (37-12). It is kind of a strange move for Saint Preux to move up in weight but maybe he just wanted to fight and didn’t want to cut weight. Rothwell is a great test for him. Rothwell hasn’t fought since 2019 when he won in controversial fashion when he hit Stefan Struve below the belt twice and then later on in the fight won via TKO.

Two surging lightweights clash in a fantastic fight when Alexander Hernandez (11-2) and Drew Dober (21-9). Whoever wins this fight will probably jump into the lightweight rankings while the loser will tumble down. Dober’s last two fights have lasted less than two minutes and Alexander is known for his 42 second knockout. Very fun fight.

Karl Roberson (9-2) and Marvin Vettori (14-3-1) are set to clash. Both fighters are on two fight win streaks. This is a middleweight matchup that is smartly booked as both Vettori and Roberson like to finish fights especially on the ground.

The UFC has rebooked Alistair Overeem (45-18) and Walt Harris (13-7) for the main event of May 16. The heavyweights were supposed to clash December 2019, but Harris pulled out due to the disappearance of his stepdaughter, who later was found murdered. Overeem stayed on the fight card and fought Jairzinho Rozenstruik, he lost via knockout in the last 10 seconds after winning the rest of the fight. Harris vs. Overeem might seem like a passing of the guard fight, but Overeem is always dangerous and wants the UFC title before he retires.

Middleweights Eryk Anders (13-4) and Krzysztof Jotko (21-4) have been rebooked after originally scheduled for April 11. Both of the fighters are on two fight win streaks and looking to climb the rankings. This should be a stand up war with both fighters loving to strike.

Anthony Hernandez (7-1) and Kevin Holland (16-5) is a battle between Dana White Contender Series veterans. Holland is coming off a loss while Hernandez is coming off his first UFC win. Both are young exciting contenders who will be around for many years.

Edson Barboza (20-8) will be dropping down to make his featherweight debut against surging contender Dan Ige (13-1). Barboza has lost four of his last five fights but is still one of the best and most dangerous fighters in the UFC. Ige is on a five-fight win streak and if he can get past this next test, it will be proven that he has arrived. This matchup should be a fun one to watch.