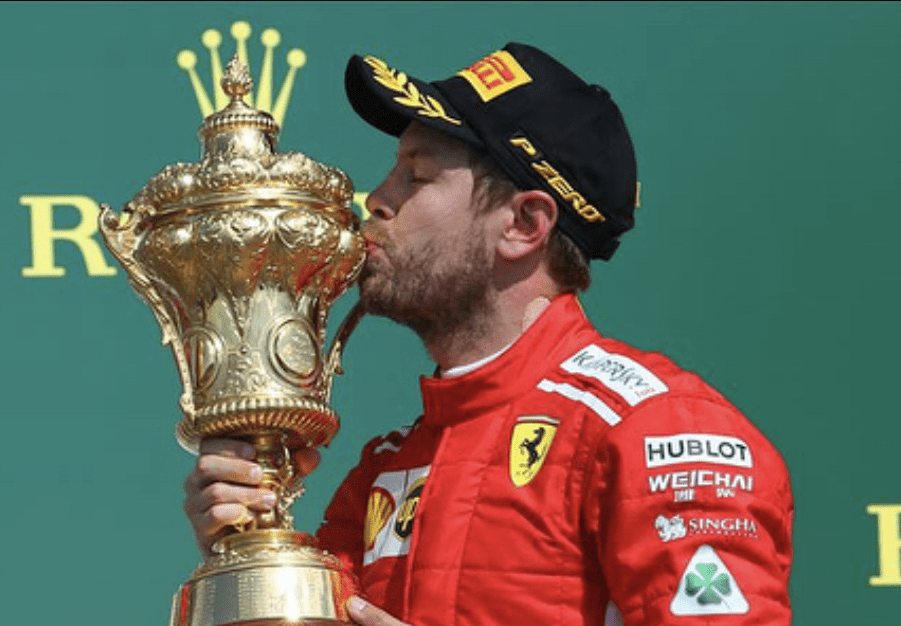 As Formula 1 fans around the world are doomed to wait at least until July 5 for the first race of the season amid the Covid-19 pandemic, Sebastian Vettel’s expiring contract was pushing him towards answering this simple, yet crucial question: Do you still want to be the new “Schumacher” or would you rather have a fresh start? Ultimately, the news about Vettel’s DEPARTURE from Ferrari for the 2021 season came quicker than this year’s first grand prix, as the Scuderia officially announced this decision in a joint statement on May 12, 2020.

Just weeks ago, Vettel (32) reportedly turned down a 1-year contract extension from his current team – Ferrari. Italian media La Gazzetta Dello Sport suggested that the German driver was rejecting Ferrari’s new offer due to its short-term conditions and the “small” salary of €12 million (approx. $13 million). Although this number is significantly lower than his current annual compensation, which according to Forbes stands comfortably at around $40 million, €12 million per year is what most F1 drivers could only dream of.

Ferrari’s team in Formula 1 is arguably the most iconic of all time, despite their unsuccessful attempts to win championships in the last decade or so. As a German and a student of Michael Schumacher, one cannot ignore the comparison and the memories, which Vettel brings to so many fans of the sport. Vettel’s four consecutive titles with Red Bull (2010-2013) set him off to a great start, yet something did not feel right to many… His car was blue…or black? Or purple (and his helmet literally made him look like a Red Bull can on several occasions)?… Ah, yes, none of these 4 titles were accompanied by the Red machine with a Black horse on its nose. Of course, another great driver at the time was in Ferrari’s iconic seat – Fernando Alonso.

According to La Gazzetta, “Even ex-World Champion Fernando Alonso (38) is positioning himself to replace the four-time World Champion from Germany”. That’s right! The same Alonso who raced for Ferrari between 2010 and 2014, and also failed to claim a championship with the Italian team. Fernando, who left the sport after the 2018 season, did not exactly finish his career by achieving the so-hoped-for major success with McLaren. He even struggled to be amongst the first ten to finish in most of his races in the period 2015-2017, failing to score a single podium for the British team.

Currently being out of the sport, Fernando Alonso has nothing to lose by accepting a one-year contract by Ferrari for 12 million EUR. Ferrari have worked with him before, and they are aware of his talent. The Spaniard clinched 11 victories over his five-season-long stay in Ferrari, compared to Sebastian Vettel’s 14 wins achieved for the same number of seasons. Clearly, the Italian team are not willing to spend many millions on a single driver right now, despite having done so for the past couple of decades with Kimi Raikkonen, Fernando Alonso, Michael Schumacher, and Vettel. Thus, Fernando is a great option for Ferrari to work with someone familiar and experienced, while saving tremendous amounts of money.

Despite the rumors around Vettel’s retirement, a fresh start is not an impossible option for him. According to Italian journalist Leo Turrini, McLaren and Renault teams have recently reached out to Sebastian with alternative offers. Furthermore, both Mercedes drivers’ contracts are expiring at the end of this season, which makes it a potential option for the German. Since it has not yet officially confirmed yet, we could only speculate about the compensation these two teams might have offered him.

Sebastian’s racing career probably should not be guided by money at this moment. The Covid-19 pandemic crisis has inevitably affected Formula 1 teams, as well. Pay cuts are somewhat expected, as many of the drivers have already accepted them with understanding. Part of the German’s hesitation whether to accept Ferrari’s contract was potentially caused by his greater plans for the future. Maybe he knows something about the team, which we do not. Maybe he wants to earn more money with any team that meets his minimum conditions. Or maybe he just does not care about being a “Schumacher” anymore…

Great champs like Seb typically change their racing suit only once or twice per decade, and you sure don’t want to miss out on that one! Stay tuned!