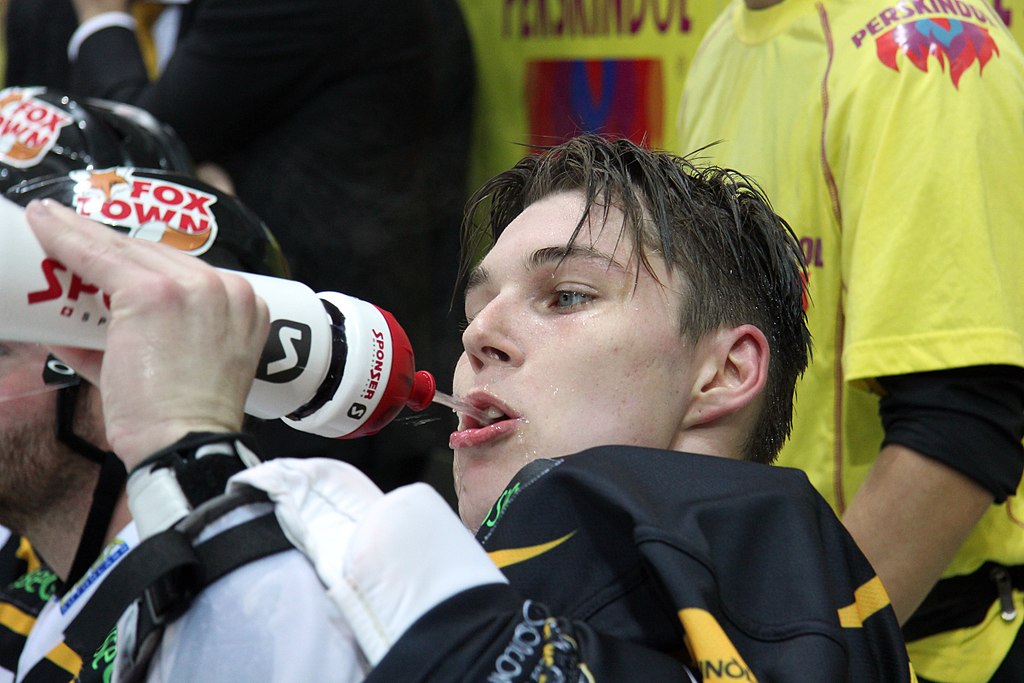 Just last week I informed you of Joonas Korpisalo returning for 2 more seasons as starting goalie for the Columbus Blue Jackets.  Now I have more good news, his backup Elvis Merzlikins has signed an equal term contract April 24th!  Merzlikins won the Jacques Plante Trophy twice, recognizing him to be the best goalie in the Switzerland National League during the 2016 and 2018 seasons.  He was drafted by the Columbus Blue Jackets in 2014, but we didn’t see him sign a contract till mid-March 2019, when he became a prospect starter goalie alongside Joonas Korpisalo.  Korpisalo wone the ability to start, after a bad start for Merzlikins, resulting in a no-win, 4 loss, and 4 overtime start.  As you can see though by the two-year extension, alongside Korpisalo, Merzlikins was down but far from out.

After some time to practice and reflect in Cleveland, Merzlikins was called back to the net in Nationwide Arena.  Korpisalo had torn his right meniscus, and there was no given time for return; leaving Merzlikins with some big skates to fill after Korpisalo’s record-setting season start.  This wasn’t a problem though, as we watched him take charge, setting a record streak of his own.  The most impressive by far, his five shutout wins in just eight games, an accomplishment only achieved by now six rookie goalies since the 1929-1930 season!  It is also important to mention all 8 of those games the Columbus Blue Jackets won, resulting in an 8 game win streak for the team.  However, we can’t forget the cherry on top of this comeback sundae.  Taking over a team is hard enough when the starter is abruptly injured indefinitely, but once you add in your first game is against the former goalie of your team, Sergi Bobrovsky, and you pull away with a win?  Yes, that is how you make a name and reputation for yourself in the big O-H-I-O, especially when it happens on New Year’s Eve, taking down the Florida Panthers 4-1!

The same night Joonas Korpisalo returned to the ice in late February, Merzlikins was removed with a concussion.  He recovered well, but only held net as Korpisalo’s back up a couple of times before the Covid-19 outbreak, resulting in the NHL suspension of play, enforced March 12, and still going on today.  To that point with 31 starts over the course of his 33 games played since returning, Merzlikins held 13 wins with just 9 losses and 8 overtimes.  With a solid save percentage of .923 and his Goals Against Average at a 2.35, it’s no wonder the coaching staff and organization, along with the 5th line of fans, want Elvis to come back to the building!  A fun joke at first was playing Elvis Presley songs after every win, now it seems to be transformed into a new tradition, as the young 26-year-old goalie plans his extended stay.