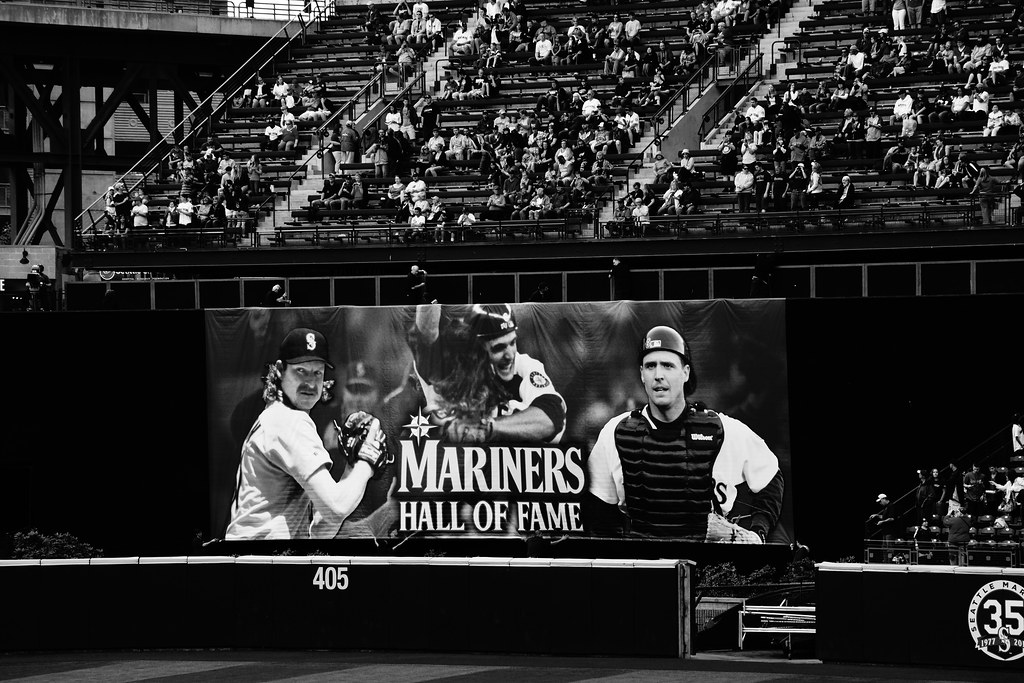 Let’s all experience a little positivity right now and look at the great things the Seattle Mariner franchise has done over the years. I could write a novel about the poor choices made during the franchise’s history, sorry couldn’t help myself. This franchise has not been short of talent through the years, especially during the ’90s. Which makes their lack of postseason success really frustrating for most fans. Here are the best three trades in Seattle Mariner history, with some honorable mentions.

Not much debate here, Randy Johnson is arguably the greatest left-handed pitcher in history. When the M’s traded Mark Langston he already had established himself as a very good pitcher. In his 6 seasons with the Mariners, Langston was 74-67 with a 4.01 ERA and 1078 strikeouts. Langston only spent 1 season in Montreal where he was 12-9 with a 2.39 ERA. A really solid year for the Expos. He went on to spend the next 8 seasons with the Anaheim Angles where he was 88-74 with a 3.97 ERA. He was a 179-win pitcher with a 3.97 career ERA, and 2464 strikeouts. A good career for Mark Langston, but he isn’t Randy Johnson.

Randy Johnson (Big Unit) is regarded by some as the best left-handed pitcher in baseball history, and the best slider of all time. At 6-10 no one has intimidated hitters more than the Big Unit. Especially for left-handed hitters when facing his deadly slider. From a lefty hitter’s perspective, when the ball would leave his hand, it literally looked like it was going to hit them in the head. As the hitter would get ready to bailout, the pitch would break perfectly over the plate. Leaving hitters looking foolish almost every time. Oh, and by the way his fastball was 98-99 mph, no big deal.

Randy Johnson spent 10 years with the Mariners, posting a 130-74 record with a 3.42 ERA and 2162 strikeouts.  He won the Cy Young award in 1995. The stats with just the Mariners alone could be Hall of Fame worthy, but the Big Unit just kept on getting better. In 8 years with the Arizona Diamondbacks, he won 4 more Cy Young awards, was 118-62 with a 2.83 ERA, and 2077 strikeouts. For most of those 8 seasons, he was regarded as the best pitcher in the National League.

Randy Johnson finished with a career record of 303-166 a 3.29 ERA and 4875 strikeouts. Johnson’s career stats are some of the best in baseball history, and in my opinion, no power pitcher in today’s game will match these numbers. For a power pitcher like Randy Johnson to have a 22-year career is astonishing, a true testament to his ability to evolve, and continue to develop well into his career.

Randy Johnson was elected to the Hall of Fame in 2015 and is one of the greatest Mariners of all time.

Again, shouldn’t be much debate with the #2 choice, Jay Buhner is a fan favorite, and in the Seattle Mariner hall of fame.  Ken Phelps is an 11-year veteran DH/1B that had some decent seasons with the Mariners. He was hitting .284 with 14 homers during the season he was traded to New York. In his 6 years with the Mariners he hit .250 with 105 homers, in two years with the Yankees he hit .240 with 17 homers. The Seattle Mariners were the clear winners in this trade, Jay Buhner was a consistent power-hitting All-Star for 14 seasons in Seattle.

Jay Buhner is one of the most beloved Mariner players in history and was one of the best power hitters in the AL during the mid to late 90s. In his 14 seasons with the Mariners, Buhner hit 307 home runs with 951 runs batted in. He had three straight years with 40 or more home runs (1995, 96, 97). In 1996 he hit 44 home runs with 138 runs batted in while hitting for a .271 average. That year he finished 17th in MVP voting, teammates Alex Rodriquez and Ken Griffey Jr. finished top-4. It’s still mind-blowing that this extremely talented team lost in the 1st round of the playoffs.

He looked more like a biker than a ballplayer, he played with a level of toughness that earned him the nickname Bone. His walk-up music was either Bad to the Bone, or The Imperial March from The Empire Strike Back. He is truly one of the most memorable characters in baseball and part of pop culture history. In an episode of Seinfeld, the great Frank Costanza (Jerry Stiller) rips George Steinbrenner for the trade, “What the hell did you trade Jay Buhner for?”.

The crafty lefty Jamie Moyer played a mind-blowing 25 years in the MLB. Greg Maddox has the greatest changeup of all time, there’s no debate there. But Jamie Moyer’s changeup is probably top 5, if not top 3 all time. Some power hitters feared Moyer more than someone like Randy Johnson or Roger Clemens. For the simple fact that it was embarrassing to strike out from a 70-mph pitch.

Darren Brag was a top prospect for the Mariners, an athletic outfielder that showed a lot of promise. He was a journeyman during his career, played 11 seasons for 9 different teams. In his career, he hit .255 with 46 total home runs. He was mainly a reserve player, but to stick around for 11 seasons is still very good. Jamie Moyer is the 2nd winningest pitcher and the 3rd best pitcher in the organization’s history. There’s no doubt Seattle won that deal; Red Sox nation views that trade as one of the worst in franchise history.

Jamie Moyer was in his 10th season when he joined the Mariners in 1996, he then went on to pitch for 11 years in Seattle. Just think about that for a moment, one of the most successful pitchers in Mariner history was already 10 years into his career before joining the ball club. He was 145-87 in his Mariner career with a 3.97 ERA. In 2003 he won 21 games, which is the most single-season wins in franchise history, he finished 5th in the Cy Young voting that year.

Moyer was a journeyman pitcher prior to arriving in Seattle. Before the M’s he played for 5 teams, when he got to Seattle everything seemed to click for him. In his first full season with the Mariners (1997), he was 17-5 with a 3.86 ERA. From 1997 to 2006 he was the pillar of consistency and reliability. From 2001 to 2003 he was one of the best pitchers in the American League, while only averaging 80 mph on his fastball, and 70-75 mph with his changeup. While Randy Johnson scared hitters with heat, Moyer’s intimidation was rooted in pure embarrassment.

Even though it was for just half of the 1995 season, Benes was a great addition to the rotation and helped the M’s miraculously win the AL West.

This was a tough one to leave out, I love Dan Wilson, he’s the best catcher in franchise history, and in the Mariner Hall of Fame. One of the best defensive catchers during his era. The Mariners did give up some good players to get Wilson, both Hanson and Boone had nice careers. Dan Wilson is an all-time great Mariner, I just couldn’t put him in the top 3 over those other guys, he’s like 3-A. Dan the Man!

Gutierrez was good when he was healthy, he spent 7 seasons for the M’s, and most of that time he was the best defensive centerfielder in baseball. The great Dave Niehaus called him “Death to Flying Things.” He won a gold glove in 2010, but injuries cut his career short.

Also included was prospect Justin Dunn, and veteran Jay Bruce. This trade is TBD, but if Kelenic develops into the superstar many think he’ll be, and Dunn becomes a solid starting pitcher. This could go down as an all-time great Mariner trade and move into the top 3.