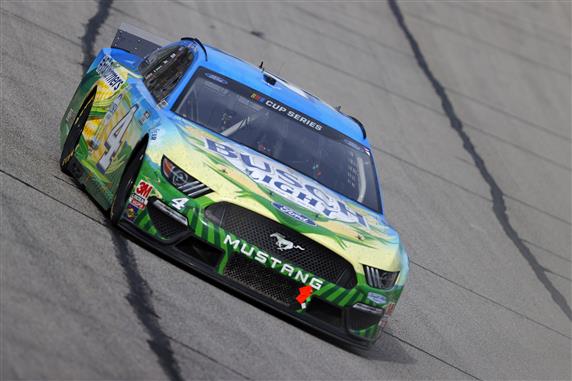 Kevin Harvick won his second NASCAR Cup Series race of 2020 at the Folds of Honor QuikTrip 500 at Atlanta Motor Speedway on Sunday. The 44 year old driver of the No. 4 Stewart-Haas Racing Ford now has a top-10 finish in nine of the ten races this season. The win also helped Harvick extend his Cup Series lead to 48 points over the second place Joey Logano.

Harvick has won three times at the historic Atlanta Motor Speedway over his career. His first win in Atlanta happened to be the first win of his career. Harvick took over the driving seat for Dale Earnhardt Sr. in 2001 after Earnhardt died in a crash during the season opening Daytona 500. Three weeks later, Harvick took the checkered flag at Atlanta, honoring the driver who held the seat before him by doing a reverse victory lap, holding up three fingers on his hand held out the window.

The NASCAR Cup Series continues with another midweek race on Wednesday with the Blue-Emu Maximum Pain Relief 500 which will be held at the Martinsville Speedway in Virginia.

While Kevin Harvick leads the Cup Series points race so far, Joey Logano, Chase Eliott, Brad Keselowski, Martin Truex Jr., and Denny Hamlin are all within 100 points of the leader.