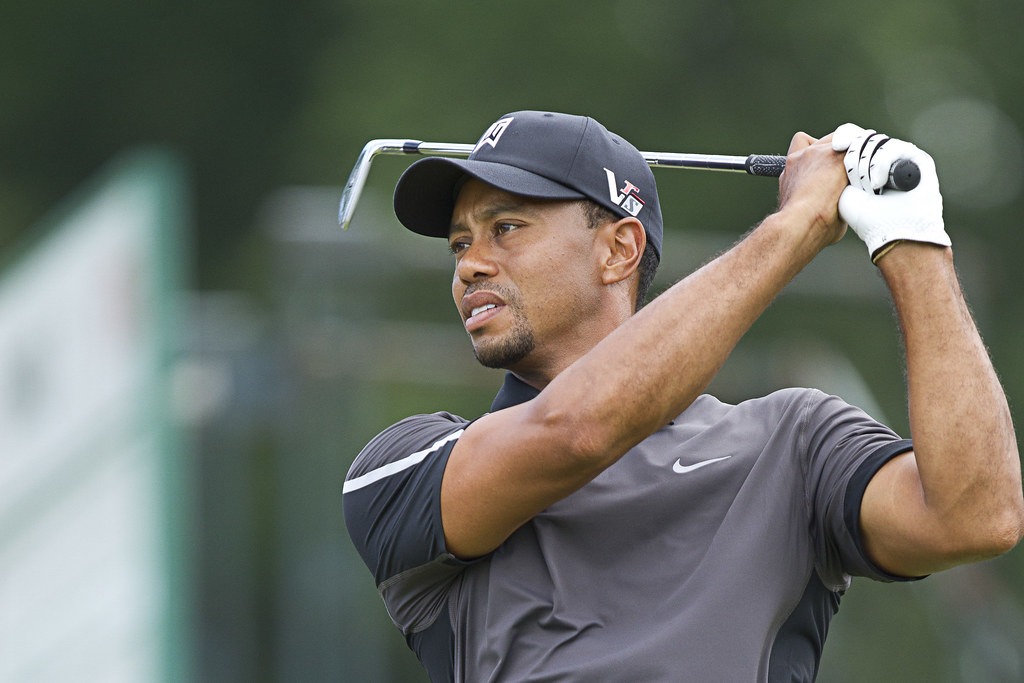 Like most golf fans, I loved The Match II that took place Memorial Day Weekend between Tiger Woods/Peyton Manning vs. Phil Mickelson/Tom Brady. It was great to see sports back for a few hours and watch four of the greatest athletes in one setting, including possibly the greatest golfer and football player of all-time.

However, some of the comments about this becoming a yearly tradition and the possibilities of this being the next incredible event for years to come is a bit far-fetched. Already writers are dreaming up scenarios of Tiger Woods and Michael Jordan against Phil Mickelson and Tony Romo, or some other combination of superstar athletes on the same course with professional golfers.

I’ll admit that, yes, I would like to see more of them in the future. It was enjoyable to watch, and if you do it on a day when no other sports are playing, it can have success. However, saying this event will be just as successful as “The Match II” is going a bit too far.

For starters, the biggest reason why people enjoyed this event is they got to see sports. Period. If basketball, baseball, and hockey season were going on and had our attention, how many people would really pay attention to a golf tournament just for fun with no fans and no caddies? Yes, it would draw some fans, but it wouldn’t garner the attention it did. Now if it were done in a complete offseason format with no other sports on to challenge it, then yes, it would draw some fans.

The COVID-19 is a unique situation for us. We don’t have sports, so getting the chance to see any sports will generate an audience. But this world we live in won’t last forever. By this time next year, it could, and hopefully will, be completely past us and we’ll have sports back full-time.

However, the second biggest reason that this event last week was so great really had nothing to do with Peyton Manning and Tom Brady. It had more to do with their partners, particularly one of them.

Tiger and Phil are rarities. They are the Jack and Arnie of our time. However, that window is rapidly closing on us. When Tiger and Phil reach their 50s and 60s (Tiger is currently 44 and Phil is 49), there won’t be the excitement, and looking at golf now, there aren’t a lot of golfers that generate much excitement. No one moves the needle like Tiger, and if he’s not playing, let’s be honest: people aren’t paying attention.

Rory McIlroy, Justin Thomas, Brooks Koepka, and Rickie Fowler are great personalities and talents and add some intrigue to the game, but they’re not Tiger nor are they Phil. They’re not Jack or Arnie. Hopefully with time they can try and become that, but people just aren’t going to get motivated to see those golfers tee it up in an exhibition format.

A perfect example is the other exhibition event that happened before The Match II. Did you even know that Dustin Johnson, Rory McIlroy, Matthew Wolff, and Rickie Fowler also played a charity golf tournament on television? Maybe the die-hards did, but it definitely didn’t bring in the same audience as The Match II did.

I don’t know how much Tiger has left in golf. I suspect once he hits 50, he may hang it up for good. The recent back fusion he received seems to have prolonged his ability to play the game, but for how long? Tiger even admitted to Amanda Balionis that the back isn’t the same now as it was in the past. It’s a process. Those that follow golf know that we’re on borrowed time right now for Tiger and we need to appreciate each moment we get.

Golf needs a future face. Maybe it’s Matthew Wolff who is still generally unknown to the non-golf fan but seems to have a pizazz about him and a unique talent that could capture the non-golf fan. Maybe it’s Tiger’s son, Charlie, who seems to have a better swing at 10 years old than most professional players. But these exhibition events depend on Tiger Woods right now. Without him, people simply won’t tune in, even if greats like Michael Jordan or Lebron James are on the course. If this was Tom Brady and Peyton Manning against Rory McIlroy and Brooks Koepka, people wouldn’t be be glued to the television they were. At least most people.

It’s where we are with golf. It’s a bit of a nervous time. When Tiger was hurt, Rory McIlroy and Jordan Spieth kept the game interesting because of their dominance, but it was mostly short-lived. McIlroy hasn’t won a major since 2014 and Spieth has all but fallen off the map. Koepka is the newest flavor of the season, but who knows if he can keep this pace of major championship winning going.

The simple matter of the fact is to appreciate Tiger Woods and what he means for golf. These exhibitions are great because of him. People go to the television because he’s playing. He is that attractive an athlete for the game of golf. Charles Barkley may have said it best when he said that Michael Jordan and Tiger Woods are the two greatest and most iconic athletes ever in sports. People would turn the television on just to watch them. No disrespect to Lebron James, Tom Brady, or Mike Trout, but they’re not at that level yet. They’re in the second tier behind Jordan and Tiger.

I can’t wait for the Match III. I suspect Tiger and Michael Jordan will somehow be involved, and possibly Phil Mickelson if his game is still good enough in his 50s, but I just don’t know how many more of these we will have left. Once Tiger disappears from golf, so might this fantasy of “The Match” being a yearly event where millions of fans tune in.

So every time you tune in and watch an event with Tiger Woods in it, whether it be real or exhibition, appreciate it. Let it sink in.

We don’t have much time left.