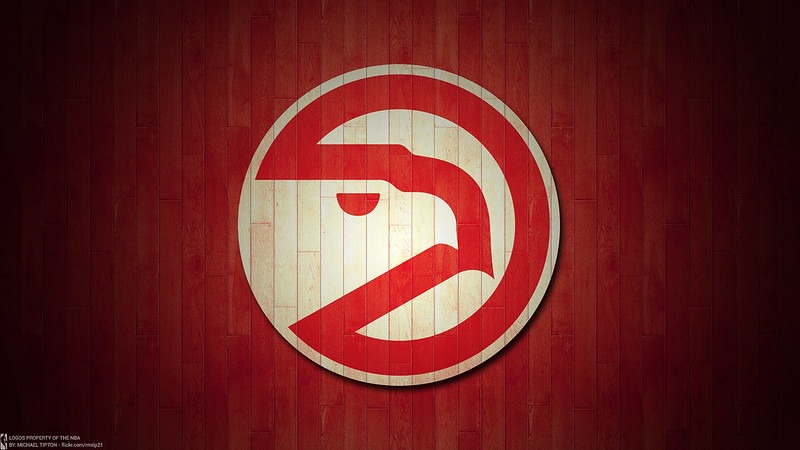 Recently, NBA Commissioner Adam Silver and the NBA Board of Governors approved a plan to restart the season on July 30. The season will be played out with eight regular season games before the playoffs. All of these games will take place at the Walt Disney World Resort in Orlando, Florida.

The NBA Draft Lottery is scheduled to take place on August 25, while the draft is scheduled to be held on October 17. On September 28, 2017, The NBA Board of Governors approved changes to the NBA Draft Lottery. With the new system, the format will ensure the team with the worst record will not receive a pick worse than the fifth overall pick. Under the old system prior to 2019, the team with the worst record would not get worse than the fourth overall pick.

The new format gives each of the three teams with the worst records a 14 percent chance at receiving the first overall pick. The Hawks were one of eight teams not selected to continue their season. With their season over, they will finish with the fourth worst record in the league which gives them a 12.5 percent chance of receiving the first overall pick.

The Hawks have their elite point guard of the future in Trae Young. The front court seems to be set with Clint Capela and John Collins. And the rest of the roster is coming together with solid young pieces in Kevin Huerter, and rookies Cam Reddish and De’Andre Hunter.

Since coming over from Golden State, Travis Schlenk has made some great moves after taking over as the Hawks General Manager. In this draft they will likely target versatile players who can help them make a playoff push in the near future. That being said, let us jump into some potential picks for the upcoming draft.

Anthony Edwards, also known as “Ant-Man,” entered the college basketball season as arguably the best high school player in the country. In a day and age where top players are

going to schools like Duke, Kentucky, Kansas, or others, it was a surprise to see Edwards commit to Georgia. Edwards was the first five-star recruit to ever sign with Georgia and is very likely to be Georgia’s third first round pick since 2000 joining Jarvis Hayes and Kentavious Caldwell-Pope.

Edwards is a powerful, explosive guard with great size and length. He is quick and displays great strength in transition. Edwards also provides good ball handling skills and has the capabilities to knock down shots at all three levels. He has the strength and lateral quickness to be a great defender at the next level.

Edwards’ weaknesses aren’t glaring but does need some work. He needs to be a better decision maker with the ball in his hands. There have been times where Edwards tries to force shots which leads to him being a streaky shooter. When he wanted, Edwards flashed as a tenacious defender, however at times his motor was called into question on that end of the floor.

All in all, Ant-Man would be a great pickup for Atlanta. He could challenge Kevin Huerter for the starting shooting guard position and provide offensive security for Atlanta when Trae Young is off the court. Atlanta desperately needs another player who can create their own shot and facilitate the offense. Edwards could do that well.

The Hawks already have an exciting front court with Capela and John Collins, however adding Edwards would give them one of the most exciting backcourt tandems in the league. A starting five featuring Young, Edwards, Hunter, Collins, and Capela would be an incredible start on Atlanta’s road back to the playoffs.

Depending on how you scouted the players out of high school, the debate of who was the top high school recruit in 2019 likely came down between Edwards and James Wiseman. Both players were worthy of owning that top honor but there was a strong argument for Tennessee’s 2018-2019 Gatorade Player of the Year.

Wiseman offers great size and frame at 7’1” with a 7’6” wingspan. He moves exceptionally well in transition for a player with his size and shows good bounce around the rim. He plays well in the pick and roll game due to his size and agility. Before college, James showed the ability to even step outside to hit perimeter shots.

Defensively there is just as much to like. With his size, frame, and athletic ability, Wiseman projects to be a solid shot blocker in the NBA. There aren’t a lot of players with the size, agility, and talent Wiseman possesses.

NBA teams are all searching for their new look centers who can not only provide post scoring but can also stretch the floor offensively. This is where Wiseman struggled to find his role on that end of the floor. He wanted to prove he was a capable shooter but sacrificed his advantages down low. It’s important to work on stretching the floor but Wiseman can’t sacrifice his size advantage in the paint.

Like Edwards playing at Georgia, Wiseman decided to stay close to home and play for the Memphis Tigers and coach Penny Hardaway. Unfortunately, that decision was short lived.

Wiseman only played in three games for Memphis before a 12-game suspension came down from the NCAA for improper benefits. Seven games into the suspension Wiseman announced he would not return to Memphis, instead he would hire an agent and begin preparing for the 2020 NBA draft. Wiseman’s small sample size at the collegiate level may scare some scouts, but his overall talent speaks for itself.

The Hawks already have a defensive cornerstone in Clint Capela; however, Clint has not suited up for a game since the trade from Houston. The Hawks could select Wiseman in hopes that he would take over the center position and become the franchise’s center for years to come.

In a league dominated by wing players, one team could never have enough wing players, right? That is the mindset of many teams and the Hawks are not excluded.

In the 2019 NBA Draft, Atlanta selected De’Andre Hunter, Virginia, and Cam Reddish, Duke. The Hawks traded up to the fourth pick to select Hunter due to his three-point shooting and defensive prowess. Cam Reddish surprisingly fell into their laps with the tenth pick and provided Atlanta with a high upside offensive and defensive talent.

Isaac Okoro would certainly be another solid wing player to be added to the rotation. Okoro was a 4-star prospect coming out of McEachern High School in Powder Springs, Georgia in 2019. Okoro signed with Auburn’s 2019 class and immediately became a defensive standout for the team.

Last year, De’Andre Hunter was arguably the best defender coming into the draft. The same could be said about Okoro this year. He has ideal size at 6’6”, but his greatest strengths on defense are his quickness and toughness on defense. He looks to be one of the league’s better defenders early in his career.

What needs some work is Okoro’s offensive skillset. According to Mike Schmitz, Okoro has one of the lowest scoring rates for any prospect projected in the top 20. Okoro shot 28.6 percent from three and 67 percent from the foul line. He will have to work on his offensive game to be an impact starter at the next level.

Adding Okoro to the rotation would give Atlanta another wing who can guard multiple positions. Because of the way Auburn used him, he is used to guarding the best player on each team. He and Hunter would work very well together from a defensive standpoint.

The 2020 NBA draft doesn’t offer a clear-cut number one player as some drafts in recent memory. There is no Deandre Ayton, Luka Doncic, Trae Young, or Zion Williamson in this draft. However, there is a number of highly touted and intriguing players who offer a ton of upside.

The Hawks scouting department has a lot to do between now and August 25, especially before the October 15 draft date. Atlanta won’t know its fate or where certain players may be projected to land until the Draft Lottery but landing any of these three players would help the Hawks continue to build towards becoming a playoff contending team.