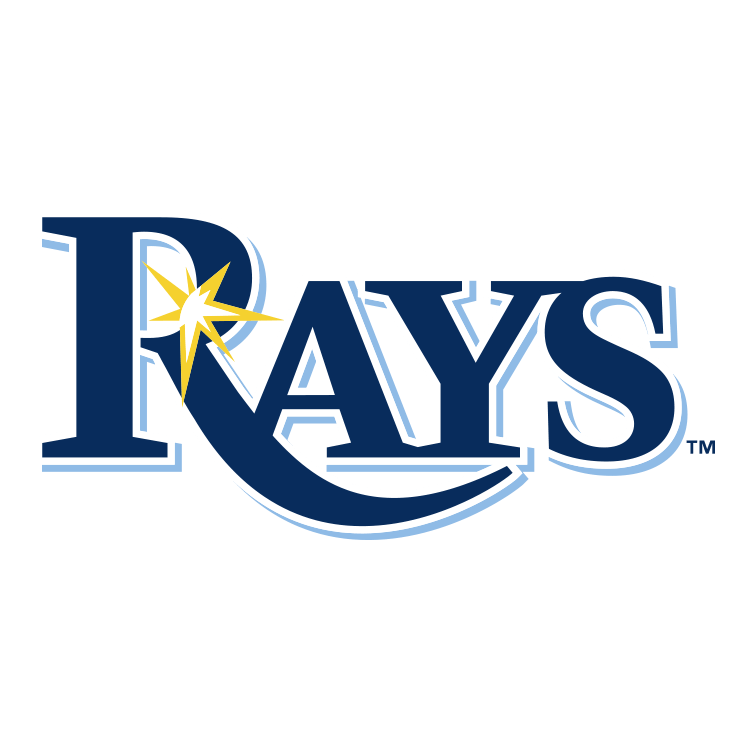 Baseball is back! We finally have a structure to begin analyzing and predicting each team’s chamionship potential. The geographically weighted schedule will add intrigue, especially to fierce rivalries. The margin for error will be extremely slim. Luckily, nobody is strategically better as an organization than the Tampa Bay Rays. Though their decisions are generally made with regard to percentages of large sample sizes, their core principles combined with their talent and depth make them a legitimate World Series contender.

Many theories will be discussed about what will prevail in Major League Baseball’s sixty game season. Will superstar hitters show their strength? Maybe a truncated year of the pitcher? Could a champion be crowned with pure luck on its side? Superior talent likely will prevail. It would still be foolish to pick Detroit or Miami to win a championship in 2020. The Rays, however, brought the American League champion Houston Astros to the brink of elimination during the 2019 playoffs. They have the deepest pitching staff in baseball and an offense built for marginal gains and platoon matchups.

Dan Szymborski’s ZIPS projection system predicts the Rays to ride an easy schedule, 7th-easiest in MLB, to the top wild card spot in the American League. They could be even more dangerous than that. Any lengthy slip up from the New York Yankees could see the Rays sneak away with an AL East crown. Our pitching preview can be found here. This part of our roster preview will examine a versatile offense equipped with several newly acquired veterans.

*All players return from 2019 roster unless otherwise noted

The catching position appears to be a weak spot for Tampa Bay, as it has been throughout their twenty-two year existence. 2019 standout Travis d’Arnaud departed to Atlanta during the offseason. Carrying a .276/.333/.552 (AVG/OBP/SLG) against left-handers in particular, d’Arnaud became an integral piece of an offense that was mostly average or slightly above.

Enter the incumbents, Mike Zunino and Michael Perez. Zunino’s career in particular in viewed as disappointing considering he was the third overall pick in the 2012 draft. He earns consistent above-average marks behind the plate and works well with the pitching staff. He also threw out potential base stealers at a very good 38.6%. That being said, Zunino has struggled offensively for most of his career. His career .202/.271/.395 slash line is simply subpar and his 2019 line was actually worse, standing at .165/.232/.312. His inability to make consistent contact, his career K% hovers around 34%, that circumvents massive raw power is his downfall. Seven years into his career, we know what type of player Zunino is. That is unlikely to change.

Catcher is one of the few positions where the Rays don’t have much depth either. Michael Perez profiles as a replacement-level backup who has familiarity with the Rays’ young pitchers. His career offensive numbers, even in the minors, are unimpressive. He is likely the favorite to back up Zunino with his left-handed bat and experience within the organization. Ex-Angel Kevan Smith, a .272 career hitter, offers slightly more offense but, he did not grade particularly well behind the plate last season. He is likely to occupy the mandatory catcher spot on the three-man taxi squad that will be in place for the shortened 2020 season

I found it difficult to break this group down further into positions because Willy Adames is the only one who had played games exclusively at one position. Such positional flexibility has become a hallmark of the Rays’ organization ever since Ben Zobrist revolutionized the utility role. If the Rays have a potentially premium defender, like Adames or Kevin Kiermaier, they will leave him at one position. Otherwise, they are not opposed to coaching a player to play new positions, so long as they are not a total liability in the field. Strikeouts and defensive shifts are at an all-time high anyway, so fielders are less often put in difficult positions to succeed.

Nine different players, including a pitcher, saw game action at first base last year. It is almost ironic that the Rays now see the position as a tool to create an optimal offensive lineup. Past defensive stalwarts like Carlos Pena, James Loney, and Casey Kotchman once occupied the position for themselves. Historically though, first base has been an offensive position. While the Rays do not have Lou Gehrig or Albert Pujols at the position, they do have a variety of talented platoon bats. Choi, sporting an .869 OPS against righties last year, figures to get most of the work. Although he doesn’t have a ton of power, his terrific eye at the plate keeps the line moving. Lowe is the youngest of the group and has the most potential. He has always posted solid power and walk rates in the Minors while carrying a reasonable strikeout rate. He had a small spike in K% in his rookie year, which is to be expected. An ideal scenario includes him as the Rays first baseman of 2021 and beyond. Martinez has always been a good offensive player who was stuck without a position in the National League. While his .821 OPS lifetime is only slightly above-average, his career .OPS against lefties is .976. His .997 OPS against southpaws last year would have been the best in Tampa Bay. Martinez is likely to see plenty of DH at-bats. McKay’s focus is primarily as a pitcher but, his two-way potential could still find him in a pinch-hitting role.

Brandon Lowe finished third in rookie of the year voting despite missing half of the season with a leg bruise and subsequent strained quad. His numbers were excellent for an undersized rookie second baseman. His big swing though sometimes works to his detriment, especially versus lefties, against whom he carried a nearly 53% strikeout rate. A continuation of that will force him into a platoon situation, likely with the right-handed hitting Robertson. Robertson also suffered through injury troubles last year after a productive 2018 in which he carried a .382 OBP. His numbers were fairly similar against lefties and righties and a repeat of his .834 OPS against southpaws that year will be welcome. Utility man Joey Wendle, who finished fourth in rookie of the year voting in 2018, stands to improve as well. His 2019 was also marred by injury, but if he returns to form and hits .300 against all pitchers as he did in his rookie season, he will be a valuable asset.

Diaz came out of nowhere to produce for the Rays last season after a fairly nondescript trade with Cleveland. He was the Rays’ best hitter against southpaws with a .976 OPS. His big concern, as well as Robertson’s, is a tendency to hit groundballs. When Diaz puts the ball in the air, he is extremely productive. Diaz is likely to see reps at both third and first base. International import Tsutsugo arrives as one the best Japanese bats since former Yankee and Ray Hideki Matsui. He is listed as a third baseman and outfielder for now so he may move around the diamond. His prodigious power has been on display for several years in Japan. There are concerns with his defense and adjustment to higher-velocity pitching in the Major Leagues. If his defense is adequate, he will see plenty of chances in the field. Otherwise, he could split DH duties with Martinez.

The outfield picture is much more straightforward. Those who hit will play. Platoons figure to be a theme again. However, Meadows’ presence will be unquestioned. The 2019 all star and September player of the month looks to sustain himself as the face of the Rays’ offense. The team often went as he did. During the months (March, April, May, September) when Meadows’ OPS was over 1.000, the Rays went 52-28. During the months in between, when Meadows slumped for multiple extended stretches, they only went 44-38. While not terrible, that is a pace that would be unlikely to land a team a playoff berth if extrapolated through an entire season. If Meadows continues to build on his offensive success, often from the leadoff spot, the Rays will go far.

Rays fans know Kiermaier well. Their longest-tenured player is a platinum glover who creates a new highlight reel in the field every year. He would likely have doubled his gold glove total already had he stayed consistently healthy through the years. When he has given average production at the plate, he has been roughly a five-WAR player. His inconsistencies at the plate open the door for Margot to make an impact. A similarly skilled defender, Margot brings potential as a right-handed platoon bat, evidenced by his .886 OPS against southpaws last year. He has a similar overall profile to Kiermaier. He may be in a better situation now though, as he was forced to play everyday in San Diego. His numbers at Petco Park were horrendous but, there is hope for him to succeed in a part-time role.

Renfroe played alongside Margot in San Diego. He is surprisingly good defensively thanks to a cannon for an arm. He also mashes lefties and has plenty of home run power. Given a platoon role, Renfroe could have consistent success at the plate as he carries a career .924 OPS against left-handers. He did have a career-high strikeout rate last year, which is a cause for concern. He has power that ex-Ray Tommy Pham did not and he could be feasibly platooned with Tsutsugo, Wendle, or even Brandon Lowe in a corner outfield spot.

The theme so far has been finding platoon splits and matchup advantages. Fewer players than ever are resistant to matchup flaws. The Rays understand this, as evidenced by their lineup construction. Last year, the Rays used 149 different lineups in 162 games. Austin Meadows, considered their best overall hitter, often hit leadoff against conventional wisdom. The pragmatic approach works more often than not. Here’s an example of a potential lineup against a right-handed opponent:

Contrast that with a lineup designed to beat left-handers:

There are certainly some positional kinks to work out. Martinez should probably be in the field as little as possible. There is debate as to whether they should give some younger players a chance to succeed in same-handed situations. Interestingly, among batters in 2019 with at least 100 left-on-left plate appearances, Meadows and Kiermaier ranked 16th and 26th respectively in OPS. A batter in a same-situation does not have to be spectacular. They just can’t be consistently terrible. They can be hidden away lower in the order and still give average production.

As usual, the Rays will have to find ways to marginally manufacture offense. Matchups, lineup construction, and a deep database of analytics will drive many offensive decisions. Overall, Tampa Bay finished with a roughly average offense in 2019. Occasionally, they performed well above that. They are flawed. But they are allowed to be when their pitching staff often only asks for four or five runs of support. By my count, they were 79-23 when scoring at least four runs and 69-10 when scoring at least five runs. They have the luxury of not needing to be an elite offense to succeed. As long as the pitching staff holds up as expected, the offense will be in position to succeed.