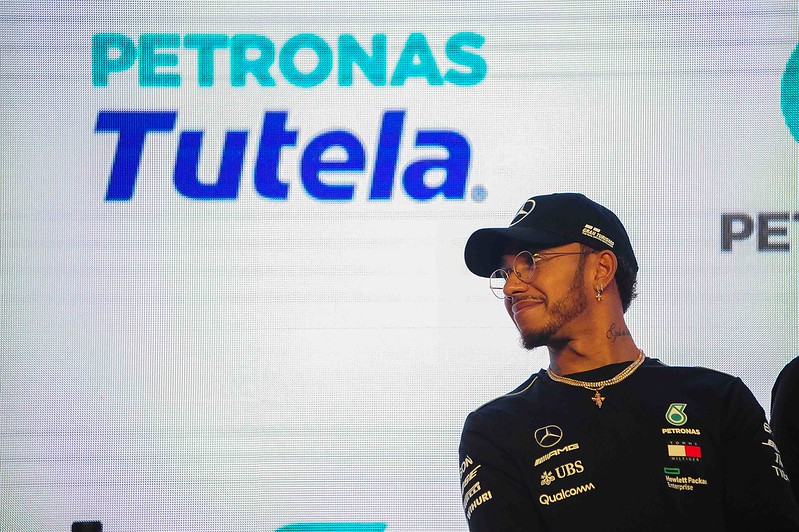 Lewis Hamilton won the pole position for the Styrian Grand Prix on the Red Bull Ring. The reigning world champion found speed where no one else could in the heavy Austrian rain. His main challenger, Max Verstappen, placed second after a mistake in the last corner of his final flying lap, which left his Red Bull at over 1.2 seconds behind Lewis. Carlos Sainz with McLaren finished 3rd, ahead of the other Mercedes driver, Valteri Bottas. Esteban Ocon’s Renault qualified 5th, followed by Lando Norris in McLaren. Norris, however, will serve a 3-place grid penalty at tomorrow’s start for ignoring yellow flags during FP1 on Friday. Alex Albon with Red Bull finished 7th today, ahead of Pierre Gasly’s Alpha Tauri. P9 was for Daniel Ricciardo, whose Renault qualified ahead of Sebastian Vettel’s Ferrari.

The second qualifying session did not go without surprises, as well. A Ferrari qualified 11th in Austria again, but this time it was Charles Leclerc. The Monegasque tried his best to reach Q3, however the heavier rain towards the end of the session did not allow for lap time improvements. George Russell with Williams will start tomorrow’s race on P12, which is his highest ever qualifying finish. This was also Williams’ first time making it to Q2 since the 2018 Brazilian Grand Prix. Lance Stroll with Racing Point finished 13th. This was a rather surprising result, as the team have been showing great competitive speed during the Friday practice sessions. Daniil Kvyat in Alpha Tauri finished behind him, while Kevin Magnussen got P15 for Haas.

The first qualifying session looked like a mini race more than anything else. With the track drying out, drivers and teams attempted to do as many laps as possible before the weather conditions worsened any further. A small mistake by Antonio Giovinazzi jeopardized the last minute of Q1, resulting in a red flag. Therefore, his Alfa Romeo teammate Kimi Raikkonen could not finish his last lap to get in the top 15, making him the first to be eliminated in P16. Kimi will be followed tomorrow by Sergio Perez in the Racing Point. Nicholas Latifi qualified 18th for Williams, followed by Giovinazzi. Romain Grosjean remained 20th, as the problems in his Haas did not allow him to complete a single qualifying lap today.

The full results of the chaotic qualifying session are available HERE.