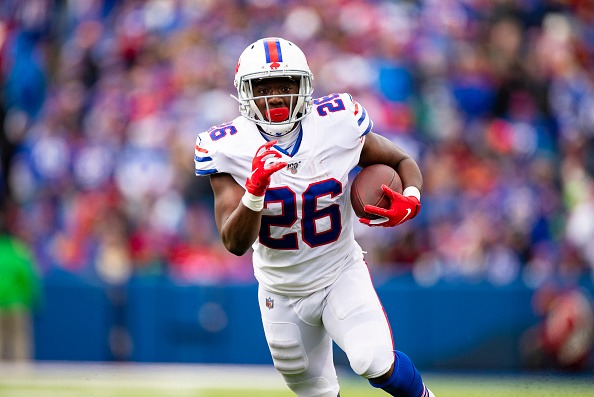 After all the hype of Madden 21 player stats being released this week, Buffalo Bills’ fans were excited to hear that Josh Allen (QB) surpassed Patrick Mahomes ….. in one category for the strongest arm at a 99 rating. While other categories did not stick out as much (and the new Mahome’s deal being far out of reach for Allens’ caliber or market) there is even more to be excited about heading into 2020 training camp while looking around the AFC East. Josh Allen is looking to fill the franchise quarterback position for the long term going into a pivotal third season. Being mentioned as the “best quarterback in the AFC East” ahead of the season, the Bills’ have built quite an offense to give Allen the best chance possible to live up to the hype.

Joining the Bills’ offense this season is Stefon Diggs who was a major producer for the Minnesota Vikings from 2015 to last season. Leaving the 2019 season with 63 receptions, 1,130 yards with 17.9 average gains, Stefon is anticipated to have a explosive first season with the Bills’. With Cole Beasley in rotation who left the last season with 778 yards with 11.6 average gains and John Brown with 1,060 yards total with 14.7 gains, the Bills’ have a stacked wide receiver option roster compared with other AFC East rivals like the New England Patriots who will be in a complete rebuild process except with Julian Edelman  and the Dolphins who will have young talent still with Preston Willaims but a solid performer in Devante Parker.

Joining Devin Singletary this season will be third round draft pick Zack Moss (who we covered in depth at Skullking Sports in May). Singletary coming off of a rookie season with 775 yards at 5.1 average gains, will be looking to expand his role and try to fill a veteran void left by Frank Gore who will be playing with the rival AFC East Jets team. Although we have yet to see if Zack Moss can be a force to be reckoned with (or stay injury free), his time at Utah with 1,246 yards, 15 touchdowns with an average of 6.2 yards per carry, the 2019 Pac-12 offensive player of the Year and the shattering of many Utah Utes records look very promising if guided correctly by Singletary. With the Dolphins signing Jordan Howard and Matt Brieda to their team, they seem to have the edge when it comes to veteran numbers on the AFC East to begin the season.

With Dawson Knox, Jason Croom, Tyler Kroft, Lee Smith and Tommy Sweeny battling for TE rights, the Bills’ have a plethora of options for the 2020 season. While Kroft is highly unlikely to contend unless he can remain injury free and Lee Smith who cost the team 51 yards in penalties (the most in the league for 2019), Dawson Knox will hope to continue his dominant path in Buffalo after being a top weapon after Krofts injury prone 2019 season along with Jason Croom whose solid athleticism can be used to stretch the much needed plays down the field as seen in previous seasons.

WHOSE LINE IS IT ANYWAY?

After going through the major transformation in the 18-19 season, the Buffalo Bills’ hope to strengthen their offensive line this season while remaining entact. With veterans Quinton Spain, Dion Dawkins, Mitch Morse staying where they are, Ty Nesekhe, Daryl Willaims, Joe Feliciano and Cody Ford will be battling it out for the right side of the ball. With a line that was charted in the 30th percentile of rankings last season, they have been updated to the middle tier for the start of the 2020 season by PFF. Out of Spencer Long and Evan Boehm battling with both having great ability to play guard or center, look for one to be cut to save room for a developmental player in the future.