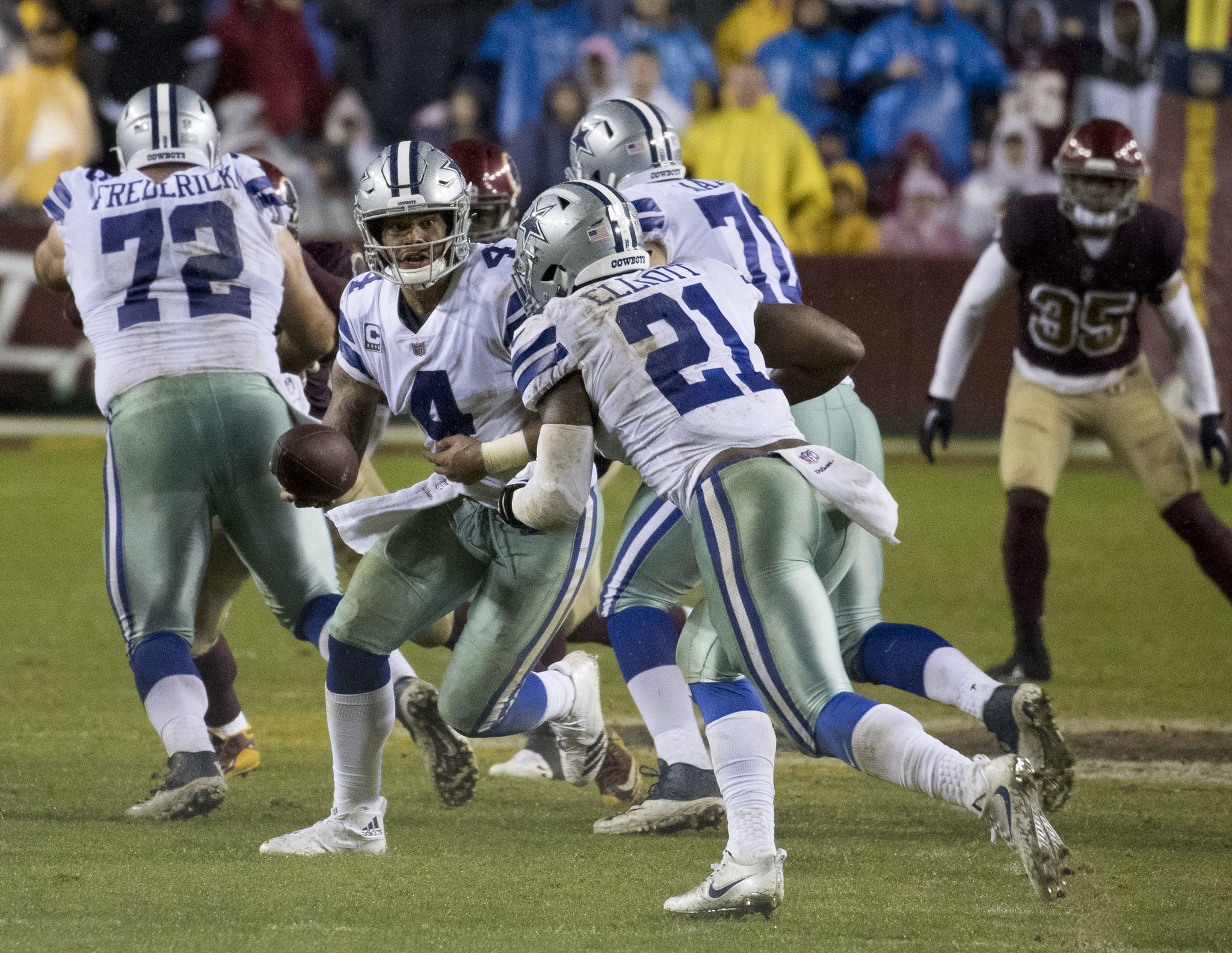 With training camp coming up quickly and hopefully the NFL season not far behind that, it’s time to go through the players at each position on the roster and what some of those position battles may look like. And we will start in the backfield with QB, RB and a little about FB. All the other articles will feature just one position group, but there is so little difference from last year at those positions, I am going to put them all together.

First up, the most important position in all of sports, Quarterback. They weren’t able to come to a long-term agreement despite an attempt by Dak at the 11th hour to reach out to Stephen Jones, but for at least one more year Rayne Dakota Prescott will be at the helm of this offense (whether his brother likes it or not.) Prescott had a great season last year, throwing for more than 4,900 yards and 30 TDs. Pro Football Focus graded him as the third best in the league at throws of 20 yards or more and had the fourth highest rushing grade.

Every Cowboys fan loved the first three games last season, opponents notwithstanding, the play calling was just different. After that game anyone who had seen a Jason Garret coached team could see his fingerprints all over every offensive game plan. With McCarthy now in charge and Kellen Moore retaining play calling duties, I would expect the offense to look more like the first three games than the rest of the season. With a more explosive supporting cast around him, Dak should be poised for a year that at worst would be a repeat of 2019 from a statistical perspective.

The big change in the QB room is who is backing Dak up. Former Bengals starter came home and will hopefully spend every game but week 17 on the bench. He is the best back up the Cowboys have had going into season in some time. He isn’t spectacular and, despite what anti-Dak Twitter would have you believe, he is no way a threat to Dak’s job as the starter. He will bring consistency and a lot of NFL knowledge to the room and with the AFC North on the schedule this year, Dalton spending the last nine years in that division could be an advantage. Seventh round pick Ben DiNucci should stick around in some way, whether it’s on the practice squad or as the third man on the depth chart. The Cowboys scouts and McCarthy saw something they liked in him and hope he will be able to contribute; let’s just all hope we don’t have to find out if he can contribute immediately.

The Running back room is almost as uneventful as the QB room. Ezekiel Elliot and his league leading salary will start and Tony Pollard who was electric in limited snaps last year will be his back up. Zeke has made plenty of news this offseason and one of those reasons was ranting on Twitter about people saying he is already passed his prime. Yes, he is still putting up big counting stats, but a lot of that came from the huge number of carries he was given. His yards per game has gone down, yards per attempt is down to 4.5, it was 5.1 his rookie year, and his explosive runs have gone down. Only in 2017 when he served a six-game suspension has his carries been under 300 for the year, it may be time to distribute some of those carries to Pollard. In his rookie year Pollard only received 86 carries and with that he averaged 5.3 yards per carry. I am not saying that Pollard is better than Zeke and he would be able to keep that up over 300 carries, but if you redistribute those carries some It could benefit both backs. If you bring Zeke’s down in the 230-250 range and give those to Pollard putting him in the 150 range, Zeke stays fresher, Pollard gets more touches to show his explosiveness and the offense becomes a little less predictable. With an almost completely new offensive staff and Garrett being out of the building, I would not be surprised to see the total carries go down for the season and both of these backs used more in the passing game.

I assume the Cowboys will carry a third back on the roster but who it will be is anyone’s guess. Rico Dowdle, Jordan Chunn and Darius Anderson are the three on the roster right now. Chunn is the only one of those three not a rookie and with this strange offseason that may give him all the edge he needs to make the roster as the third back.

As for fullback, Jamize Olawale should win that job again. He only played 10.5 percent of the Cowboys offensive snaps last season and I would expect that number to go down this year because with their personnel the Cowboys should live in 11 personnel. (I’ll have a lot more on what changes I would make with the full back position given other personnel on the roster and how little that position is used in the future.)

These three positions saw very little change this offseason, but the changed that were made to the coaching staff should benefit all of these players. I would expect improvement from Dak and while some of Zeke’s counting stats may go down, I expect the rushing attack to be more explosive and efficient than it was last year when we all saw Zeke repeatedly run into stacked boxes for 2-yard gains. I don’t expect any moves from the Cowboys to try to bolster these positions during training camp or the season.

Next up: Wide Receivers.