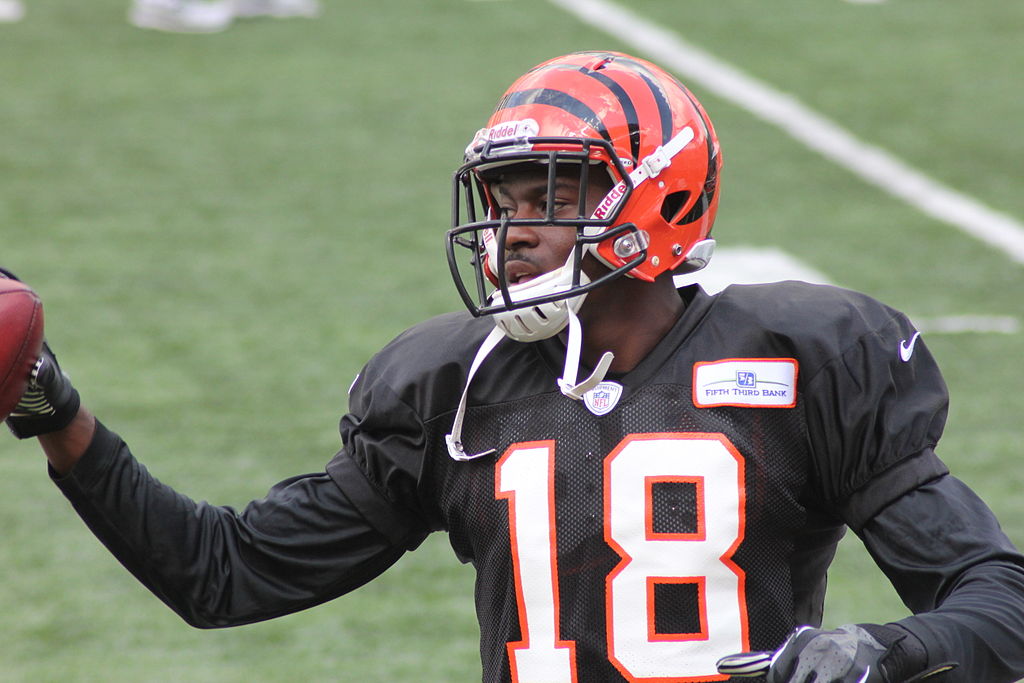 The Cincinnati Bengals ended their 2019 season with a franchise worst record of 2-14. Even with injuries to a key offensive player in AJ Green, first year coach and play-caller, Zac Taylor, will have come to the conclusion that they still have a long way to go. Taylor’s first overall pick, offensive tackle Jonah Williams, also sat out the entire season with a shoulder injury. On the other side of the ball, the defense appeared to also gain an appearance resembling that of Swiss cheese; holes for opposing teams to exploit. When a team has hit rock bottom and had the number 1 overall pick in the 2020 draft, surely there is nowhere to go but up, right? Let’s dive into what we can expect from the 2020 Cincinnati Bengals.

The 2020 offseason, while chaotic and unfamiliar in a COVID-19 world, saw the Cincinnati Bengals spend roughly $128 million dollars in free agent signings, mostly on the defensive side of the ball. New acquisitions DJ Reader, Trae Waynes, Mackenzie Alexander, Vonn Bell and Josh Bynes are all expected to be upgrades and, in most cases, starters for the upcoming season. While there will always be some criticism about how much a guy is making compared to their production on the field, the expectation will be that the defense will be better than last year. For instance, DJ Reader, formerly of the Houston Texans, is projected to make the Bengals defensive line one of the more formidable in the league this season by pairing up with a member of the 2010s all-decade team, Geno Atkins. Another projected upgrade is Vonn Bell whose tackling at the safety position was a hot commodity entering free agency. Waynes and Alexander both expected to be upgrades over their predecessors in Dre Kirkpatrick and Darquez Dennard. And finally the veteran addition of Josh Bynes is expected to be one that can right the ship of the Bengals linebacker play of the last 5 years, while also being a role model for the 3 rookie LBs the team just drafted. Speaking of…

The Cincinnati Bengals 2020 draft class was highlighted by a new franchise QB and a trio of LBs as the Bengals are hoping to finally address the need at the position. Rookies often aren’t expected to contribute much their first year based on where they were drafted; generally speaking, the earlier the player is drafted, the sooner he’s expected to contribute to the success of the team. Among the rookie LBs added to the roster, Logan Wilson (drafted with the 65th overall pick to begin the third round) will be expected to have plenty of opportunity to develop and contribute early. This does not mean he is starting right away, however. It simply means he will get rotated in and eventually, assuming his development progresses to the coaches’ satisfaction, start by middle to later in the season. To be fair to the other rookie LBs (Akeem Davis-Gaither and Marcus Bailey), they too will have the opportunity to impress coaches and get more opportunities as the season goes on, but they will have to also outplay the guys in front of them.

Other rookies and free agents are expected to have ample opportunity to improve this team (if not, push the starters to remain in their starting roles). Newcomers Xavier Su’a-Filo and 6th round pick Hakeem Adeniji were brought in to compete against other offensive linemen for their spots; this is probably the biggest question mark for the team heading into training camp. Bengals offensive line coach, Jim Turner, has defended, if not praised, his entire company of linemen that were rated one of the worst last season.  To see the Bengals sign only one guard with a “bust” tag looming over him and waiting until the 6th round to grab Adeniji, it isn’t an encouraging sign that the offensive line is expected to be much better in 2020. In fact, if it weren’t for the return of Jonah Williams to the team, one could argue that the Bengals offensive line didn’t get better this offseason; to add to the questions on the offensive line, Williams has yet to play a snap of NFL football. And if the line doesn’t get much better, the Bengals will be relying entirely on the new franchise QB to do his best Russell Wilson impression.

Dawn of the Burrow Era

Joe Burrow (Heisman Trophy Winner, NCAA National Champion, No. 1 Overall Pick, and presumptive savior of the franchise) walks into an organization known for its frugal ownership and, recently, terrible on-field production. In fact, the infamy of this team was a prominent media story leading up to the NFL Draft until Joe Burrow answered questions regarding the odds that he would holdout of the draft until Cincinnati traded the pick. Burrow responded with “I’m a baller. If the Bengals pick me, I’m going to play” and ended the hoopla. Burrow can essentially do no wrong in the Queen City and has yet to throw a pass at Paul Brown Stadium. So what can new expect from the new franchise QB? It’s often cited by his believers that Burrow can do a Wilson impression and improvise on the fly given his off-script plays at LSU last season; something former QB Andy Dalton was often criticized by fans for lacking. While fans and pundits can expect improv workshops to take place in the Cincinnati backfield on passing plays, I think it is also fair to expect a rookie to go through some growing pains. How will the offensive line work to give him a consistent internal clock? Any QB can be suspect to becoming trigger happy, gun shy, or even eager to get out of the pocket, even the greats when they were rookies. The concern is will it define the 2020 Bengals or, worse, even Joe Burrow’s career. Fortunately for Burrow, he will have a respectable set of weapons to throw to.

AJ Green sat out the entire 2019 NFL season with an ankle injury that he sustained in the first day of training camp last year. Green has just recently signed his franchise tag to remain with the team as it enters a transition period. Green has been the subject of plenty of conversations in Bengals media outlets; is he still the AJ Green we know and love? What will he and Burrow look like together? What can we expect from 32 year old AJ Green? While AJ Green was the face of the franchise the last decade, fans should bear in mind that his last 1,000 yard season was in 2017. Green has been sidelined with injury for the last season and a half. With Green on the franchise tag for 2020 and being on the wrong side of 30, it is safe to assume this season as a prove it year. Green will have to prove that, as he says, he has 3 or 4 more years of elite production left in the tank. It then begs the question: What is considered elite production? Green was consistently hitting over 80 yards per game between 2012 and 2016, when Green was at his best. Generally that production finishes anywhere between 1,200 and 1,400 receiving yards in a season. Therefore, because Green claims to have those type numbers left in him for the foreseeable future, we can expect him to hit around the 1,200 receiving yards mark, barring another injury setback. If we can expect this from the star WR, what can we expect from the other weapons Burrow is throwing to?

We generally know what to expect from a couple of the other weapons on the Bengals roster. Tyler Boyd is coming off a career year in the absence of AJ Green and eventually John Ross. Often hailed as a reliable slot WR, Boyd is expected to remain in the slot and get most of his yards after the catch. Ross will be expected to stretch the field as the speedster when he is healthy. This leaves Auden Tate and 2nd round drafted rookie Tee Higgins competing for reps in 4 WR sets and if/when injuries occur to those in front of them. Overall, Burrow will not have shortage of talent to throw to as a rookie. Burrow will also have a reliable backfield to take some pressure off of him.

The other Joe in the Bengals’ 2020 season is the running back Joe Mixon. Fans will cry blasphemy if one claims that Joe Mixon isn’t a top 5 back in the league. Those fans will be praying for a 1,400-yard rushing season from the former Oklahoma Sooner back, who is also in a contract year. Contract discussions aside, Mixon will be motivated to answer fans’ prayers for that type of season to further justify the pay raise he desires. Mixon is backed up by veteran Giovanni Bernard and 2nd and 3rd year backs in Rodney Anderson and Trayveon Williams. Bernard is expected to be the primary backup to Mixon with most of his work coming on passing downs.

Along with the rest of the roster that remains from the 2019 season, we can have similar expectations with defensive end (which will be made up of a rotation of Carlos Dunlap, Carl Lawson, Sam Hubbard and 5th round rookie Kareem Khalid), safety (Jessie Bates, Shawn Williams and Vonn Bell) and special teams (Brandon Wilson, Darius Phillips and Darren Simmons). The only remaining expectations that need to be set are that of the head coach, Zac Taylor. How will Taylor incorporate all these new pieces into a competitive team and keep fans excited for the coming seasons in Cincinnati?

Zac Taylor made his head coaching debut last season and, as stated before, finished with a 2-14 record. Taylor spent the season seemingly learning on the job having never called plays before and throwing a tantrum on the sideline at the end of a game in Buffalo because he wasn’t aware of a rule. So what did Taylor learn in 2019 that he can take with him into the 2020 season? Considering his lack of experience and creativity in play calling, it appears safe to say there is a time limit for the young head coach to start calling successful plays with what looks like a whole new roster from last season, or fear losing faith from his players that he is the right guy to be calling plays from the sideline. How successful a team is or isn’t is often attributed to the talent of players combined with the coaching pedigree of the sideline staff. And given that they could only muster their only 2 wins in the twilight of the season, the floor for this team needs to be set at a minimum of 4 wins. While it may seem harsh considering the picture that painted throughout the reading of this, remember, they had the number 1 pick in the draft for a reason. The Cincinnati Bengals still have much to prove before being looked at as a predator instead what they’re viewed as now in the league; a declawed housecat.