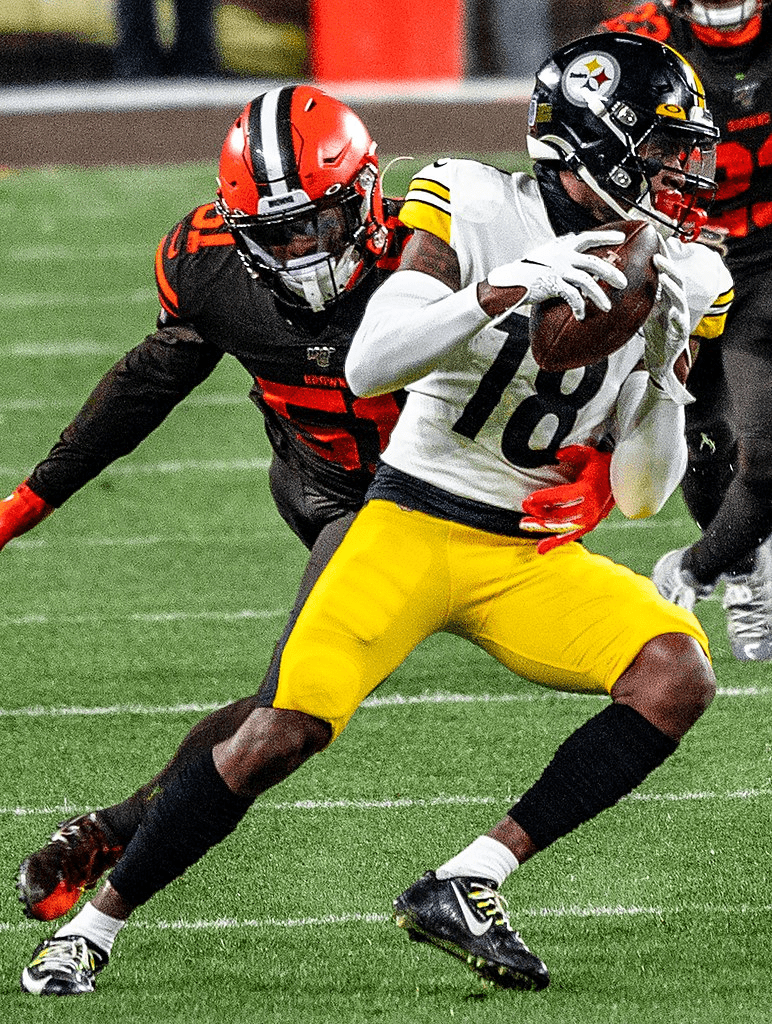 PITTSBURGH – Earlier this week, quarterback Ben Roethlisberger threw his first pass at Heinz Field in almost a year. That’s good news for the Steelers’ wide receiving corps who struggled last year with Mason Rudolph and Devlin Hodges at the helm.

JuJu Smith Schuster figures to remain as the primary pass catcher in Randy Fichtner’s offense. The 23 year-old had a disappointing 2019 as he also struggled with injuries. He finished fourth on the team in receptions with 42, but looks to bounce back this season with the return of a healthy Big Ben.

Diontae Johnson led all Steelers’ receivers in catches(59), targets(92) and touchdowns(5). The 3rd round pick out of Toledo displayed his skill set as an excellent route-runner. Johnson has great hands and possesses the ability to adjust his body to make the difficult catch. There is a lot of hype surrounding the second-year talent.

James Washington is entering his 3rd season and put up improved numbers as sophomore. He averaged 16.7 yards per catch and was able to bring in 55% of his targets. The Steelers placed him on the reserve/COVID-19 list on Sunday, so his status is in doubt to start the season.

The uncertainty surrounding the availability of Washington could open the door for rookie Chase Claypool. The 2nd round draft pick out of Notre Dame provides the Steelers with a physical red zone threat who should mesh well with Pittsburgh’s physical style.

Ryan Switzer, who has the best hands on the team, could see some opportunities out of the slot to begin the season. He also proved more than capable of contributing on special teams as a punt returner.

Deon Cain was signed last season off of the Indianapolis Colts’ practice squad. In 6 games, he had 9 catches for 124 yards. He is a big-bodied receiver with great hands who has a chance to develop into a quality NFL wideout. Amara Darboh is practice squad journeyman who has received few chances on his previous teams.

Saeed Blacknail and Anthony Johnson are a pair of undrafted players who have been with a multitude of teams. They are similarly built and provide an interesting combination of strength and speed. Blacknail had a brief stint in the XFL earlier this year before the league suspended operations in April.

Quadree Henderson was brought in to compete for a spot on special teams. In 2017, while playing for the University of Pittsburgh, he was named 2nd team All-ACC as a returner.