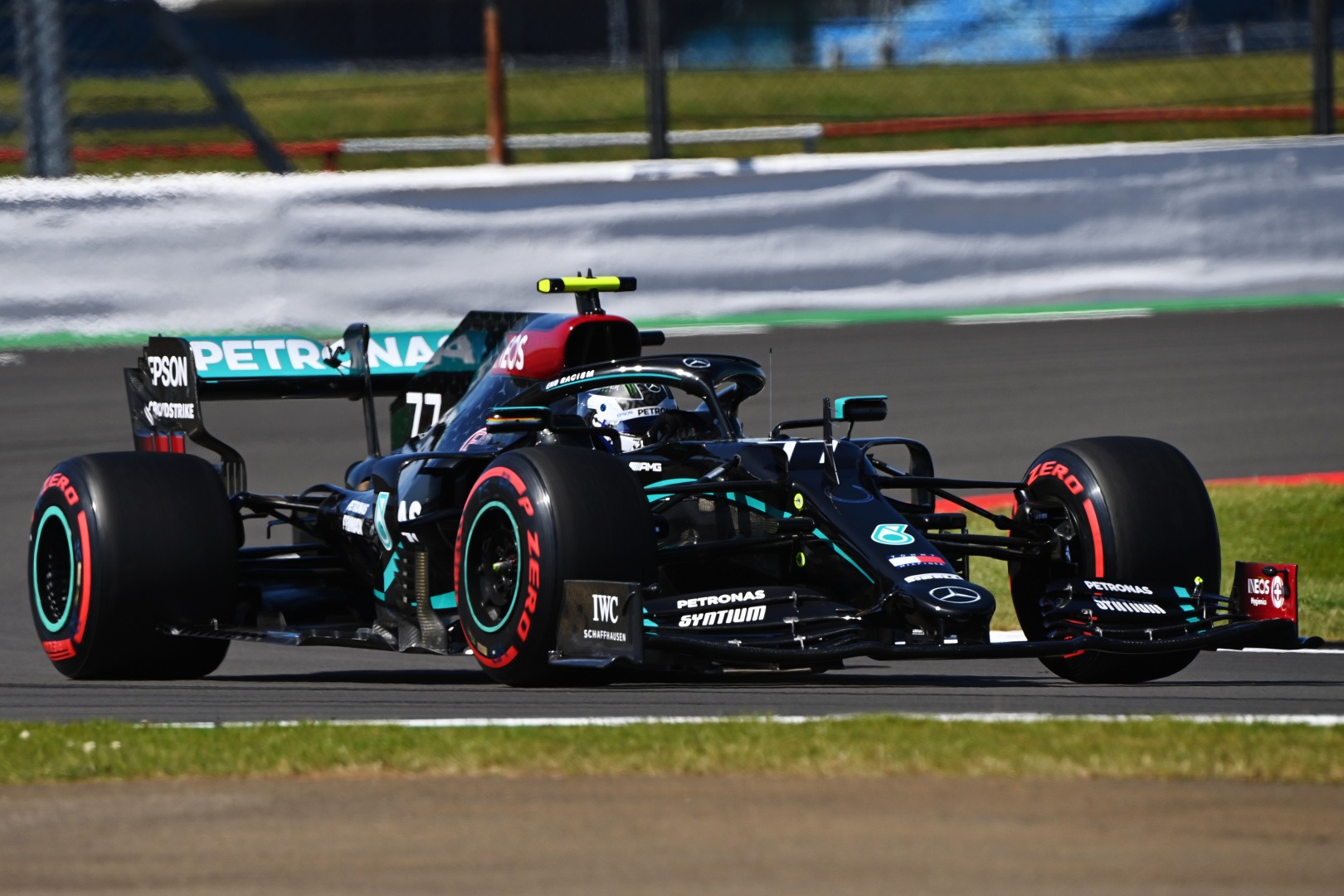 Valtteri Bottas won the pole position for the 70th Anniversary Grand Prix in Silverstone. He managed to snatch the first place from his teammate in Mercedes Lewis Hamilton. Nico Hulkenberg placed in P3 for Racing Point. The German driver is substituting for Sergio Perez after the Mexican tested positive for Covid-19, and had to be quarantined for ten days. This P3 is very crucial for Nico because he has never finished on the podium during his decade-long career, and tomorrow might be his last chance to do so. Max Verstappen with Red Bull qualified 4th, ahead of Daniel Ricciardo in Renault. Lance Stroll finished in P6 for Racing Point, while Pierre Gasly took his Alpha Tauri to a phenomenal P7 for the team. Charles Leclerc managed to take his Ferrari into top 10 but not by much. The Monegasque will be 8th tomorrow on the grid, ahead of Alex Albon for Red Bull. Lando Norris did not have his best qualifying for the season, and he only placed 10th for McLaren. This concluded the Q3 session.

Esteban Ocon with Renault was the first to miss on the top 10, and his lap time was only good enough for P11. Sebastian Vettel struggled with his Ferrari and once again failed to reach Q3. The German got outcompeted by several mid-field cars, pushing him down to 12th. Carlos Sainz finished in P13 for McLaren, which was rather surprising and disappointing. The team from Woking have been rather consistent with their top 10 finishes his season, and their struggles today were rather unusual. Haas’ Romain Grosjean qualified 14th, ahead of George Russell in P15 for Williams.

The first qualifying session saw the track pretty busy, as everyone kept on improving their times lap after lap. Daniil Kvyat’s lap time for Alpha Tauri was deleted for exceeding track limits, and the Russian became the first to be eliminated at P16. Haas’ Kevin Magnussen will start 17th tomorrow, ahead of Nicholas Latifi for Williams. Unfortunately for the Italians, the Alfa Romeo drivers will be last on the grid, yet again. Raikkonen, who had never qualified last before during his two-decade-long career, qualified 20th behind his teammate Antonio Giovinazzi for the second time this season. Kimi has been rather vocal regarding his massive disappointment with team, which is likely to impact his potential retirement decision.

You can access the official session results leaderboard HERE.