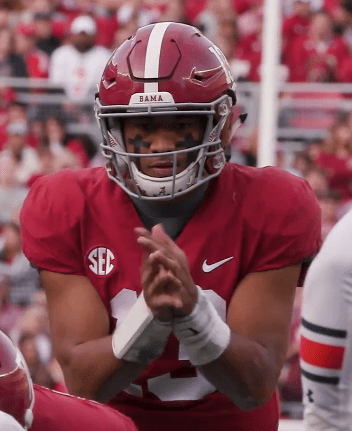 One can argue that from 1st string to 3rd, that the Dolphins have the best QB room in the NFL. They have NFL journeyman Ryan Fitzpatrick who is in his 16th season. There is a looming expectation Ryan Fitzpatrick will be the week one starter. Something that should not come as a surprise at all with Fitzpatrick familiarity with Chan Gailey’s system. Will we see good Fitzpatrick or bad? That’s to be determined. With how Fitzpatrick performed at the end of last season, he’s earned his opportunity to be the Week one starter.

Miami got the 5th overall pick in the NFL draft and invested it in drafting QB Tua Tagovailoa out of the University of Alabama. A pick that excited the fanbase and resulted in his jersey being at the top of sales this offseason. Tua has a phenomenal College resume, being inserted in the second half of the 2018 National Championship game against Georgia and bringing Alabama back to win as well as Heisman Runner-up in 2018. Durability was a question during the pre-draft process after Tagovailoa Dislocated his hip last November against Mississippi State. When healthy, Tua showed in college how when he is on the field, rarely disappointed. Even in a losing effort against LSU just a few weeks after getting surgery in his ankle, Tagovailoa was performed well, throwing for 418 yards, 4 TDs, 1 INT. Dolphins felt confident even with the multiple injuries that Tua is worth the investment based on his college resume.

However, the most interesting QB on the roster is Josh Rosen, a former top 10 pick. Let’s not forget, the Arizona Cardinals traded up for him to get him at 10. The Cardinals finished 3-13, got the 1st pick in the 2019 Draft, pick a QB (Kyler Murray, Oklahoma), which left Rosen in the dark. On day 2 of the draft, to buy time, the Dolphins traded back from number 48 to 62 with the New Orleans Saints, getting a 2020 2nd round pick as a result of that. Then traded the 62nd pick to Arizona for Josh Rosen. Luckily for the Dolphins, the signing bonus was not something they had to pay Rosen for being a top 10 pick.

However, according to ESPN’s Adam Schefter, the Miami Dolphins are listening to trade’s for the former first-round pick. Rosen’s contract, though is like a car, a depreciating asset. With no preseason this year, the one who benefits the least from this is Josh Rosen, who will most likely not be able to do anything to increase (or decrease) his possible trade value.

With Miami’s rookie quarterback Tua Tagovailoa healthy, the Dolphins have fielded trade inquiries in recent days for former first-round pick Josh Rosen, per league sources. In an upcoming weekend of moves, Rosen could be on the move again.

At this point, the Miami Dolphins’ best bet is to keep and develop him as a backup. Highly unlikely that they will pick up his 5th-year option and with Fitzpatrick in the twilight of his career, Josh Rosen has an opportunity to be that reliable backup for the Dolphins in the case that durability issues continue for Tua Tagovailoa, something the Dolphins did not have during the Ryan Tannehill years.