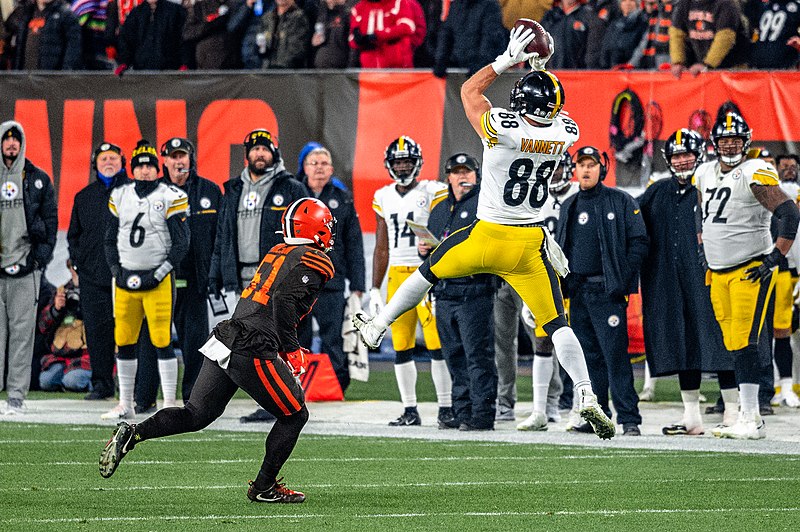 The Pittsburgh Steelers trimmed down their roster to 53 players on Saturday.

Among the cuts at wide receiver was Ryan Switzer, a surprise move considering the former Tar Heel had seemingly developed some chemistry with quarterback Ben Roethlisberger. The Steelers only elected to roster five wide receivers heading into the season. The others who were cut include Deon Cain, Saeed Blacknail, Amara Darboh, and DeAndre Tompkins.

The Steelers also trimmed the fat at running back, releasing the trio of Trey Edmonds, Wendell Smallwood and Kerrith Whyte. Smallwood was inked to a one year deal back in July but really never made an impact in this crowded backfield. Edmunds, brother of safety Terrell Edmunds, primarily served on special teams while Whyte, despite having game changing speed, lacked the versatility to carve out a role in this backfield.

At quarterback, Paxton Lynch was the odd man out, released prior to the 4pm deadline on Saturday. That left Mason Rudolph as the primary backup with Devlin Hodges still on hand in case of emergency. That all changed when the team claimed Josh Dobbs, who had been waived by the Jacksonville Jaguars.

The Steelers’ former 4th round pick out of Tennessee, Dobbs spent two seasons in Pittsburgh while seeing limited action in 2018, subbing for an injured Ben Roethlisberger. In a related move, Hodges was also given his walking papers.

The Steelers cut tight ends Kyle Markway and Kevin Rader, deciding on Zach Gentry to back up starters Eric Ebron and Vance McDonald.

On the Defensive side of the ball, rookie Antoine Brooks Jr. couldn’t secure a roster spot despite a good deal of buzz surrounding him after the draft. Trajan Bandy and John Battle were also let go from the secondary.

Many of the players cut were added to the 16 man practice squad a day later. Among these were Cain, Darboh, Edmonds, Rader, Jones, Coyle, Brooks Jr, Bandy, McCullers, Waitman, Hodges and Smallwood.