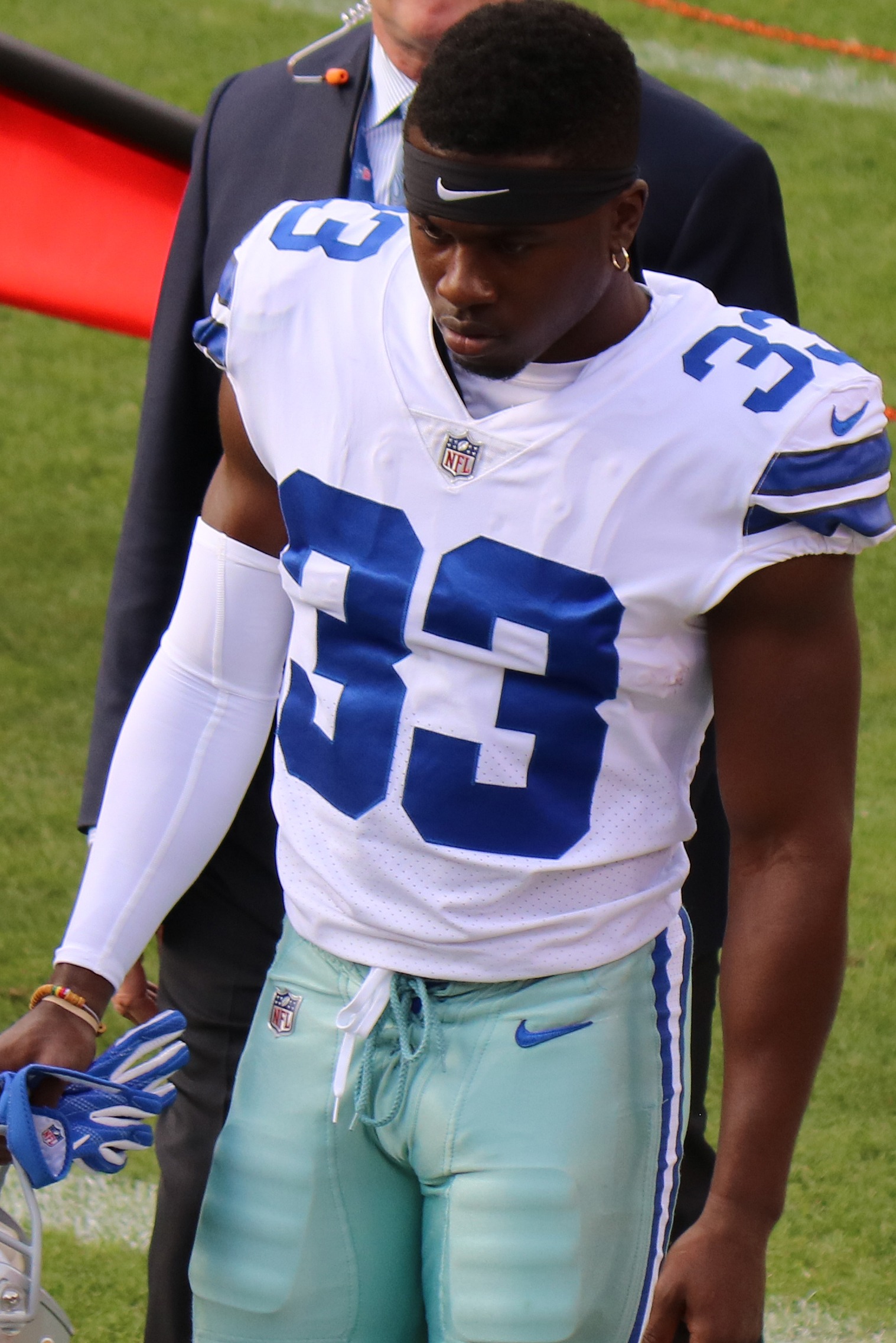 This offseason the Cowboys let one of the best corners in the NFL walk, finally let Jeff Heath go, spent two draft picks on corners signed two other corners ( one opted out), signed a safety that was expected to be the starter and cut him before camp ended, signed a 13 year vet who has played both corner and safety to the practice squad, have been connected to a future Hall of Fame safety and after all of that no one knows exactly which players are playing where, as the season approaches.

The one thing we do know, or at least think we know, is Chido Awuzie, Jourdan Lewis and Anthony Brown are going to be the three starters at the corners. That could change because of how much the Mike’s (McCarthy and Nolan) have talked about having the players in the secondary be interchangeable. Chido was graded rather highly by Pro Football Focus, which was a little bit of a surprise, mostly because he seems to not be able to find the ball. He didn’t always look great in coverage and some of that may have had to do with opposing QBs just not throwing Byron Jones’s direction and targeting Chido’s man. Some of it could also come down to scheme. Kris Richard wanted to play the Cover 3 that kept everything in front of them and it limited the number of plays they could make on the ball. There has also been a lot of talk about Chido moving to safety and on the unofficial depth chart Trevon Diggs was listed as a starter at corner and Chido wasn’t. This could mean Chido will be a safety, but no one outside of the Cowboys coaching staff know for sure.

Jourdan Lewis, who many fans have wanted on the field more often, should play more frequently this year. He seems to always be in the right place at the right time. The question is where they will line up. Based on the limited reports that could come out of practice, Brown was lining up outside and in the slot with Lewis mainly manning in the slot. We know what we are getting in Brown by now, solid but unspectacular. And we will see what Lewis can do with more playing time.

The first of many wildcards in this secondary is how well and how much rookie second round pick Trevon Diggs plays. He has shown flashes in camp according to the reports, but rookie corners do tend to struggle, and he hasn’t been at the position for a long time. The one thing that make Diggs so enticing as a prospect is how well he plays the ball in the air, which comes from his background as a receiver. He will probably be brought along rather slowly but will see plenty of playing time. Don’t put too high of expectations on the rookie, but expect a few flashes and improvement as the year goes on and he gets more reps.

This is where things start to get interesting in the secondary. Daryl Worley brought in as a veteran CB has reportedly gotten some looks at safety in camp and the same goes for rookie Reggie Robinson II, who was reportedly officially moved to safety but is still listed at CB on the roster. Where these two fit in, what position and how much they will play is something we would only know if there were preseason games. Worley seems to have settled at corner and the looks at safety were just something for camp. I wouldn’t expect to see Robinson on the field too much, but you never know.

At safety Xavier Woods returns as for which safety role he will fill, probably strong safety, but the Mike’s want their safeties to be interchangeable so the difference in the positions will be minimal. PFF graded Woods as the 24th best safety with a grade of 73, so by their metrics he was a solid safety, which passes the eye test for sure. There is still hope he takes another step forward and becomes more than just a solid piece in the secondary.

As for what is happening at the other safety spot, that’s where it gets interesting. Everyone had penciled in Ha-Ha Clinton-Dix to the other spot, but he was cut and was apparently outplayed by Darian Thompson. He has mostly been a backup to this point. He did start all 16 games for the Giants in 2017. He had one pick. Six passes defended and 61 solo tackles. He played in 15 games for the Cowboys last season, so we all got some looks at him, but nothing jumped out. Clinton-Dix must have played very poorly, and Thompson must have shown some serious growth to claim the starting spot.

That does still live second year safety Donovan Wilson. The former 6th round pick showed up big time last year in preseason with multiple picks and by practice reports he had another strong camp and as of right now he is the third and final safety listed on the roster.

The Cowboys did just sign our old friend Brandon Carr to the practice squad, and he played about half of last season as a safety in Baltimore. If he makes it to the active roster, how much he plays once he gets there and what position is again anyone’s guess.

But everyone is much more interested in the other former Ravens safety that is still on the market, Earl Thomas. His play has slipped since the legion of boom days and on top of the locker room/ off the field issues, he reportedly had issues with the more complex portions of Baltimore’s playbook because of all of the time he spent in the simplistic nature of the cover 3 scheme, which all Cowboys fans are very familiar with thanks to Richard. The Cowboys are doing their due diligence on Thomas and based solely on his on-field play, he would be a huge upgrade to the Cowboys secondary, but the question is how bad is all of the locker room stuff that is coming out? Jerry and Stephen Jones may want that name and that talent in a Cowboys jersey, but they have to decide if he is worth it. The way to mitigate any issues is a one-year deal with no guarantees, so if Thomas does start to become a problem you cut him, and it costs you nothing.

In all, this unit is worse than last year. That’s what happens when you cut one of the best corners in football. A lot of how well the secondary plays will be based on how well the front seven rushes the passer. There is no lockdown corner or safety who takes away part of the field. Right now, it is a collection of guys who have some experience and are pretty good along with a whole lot of questions.