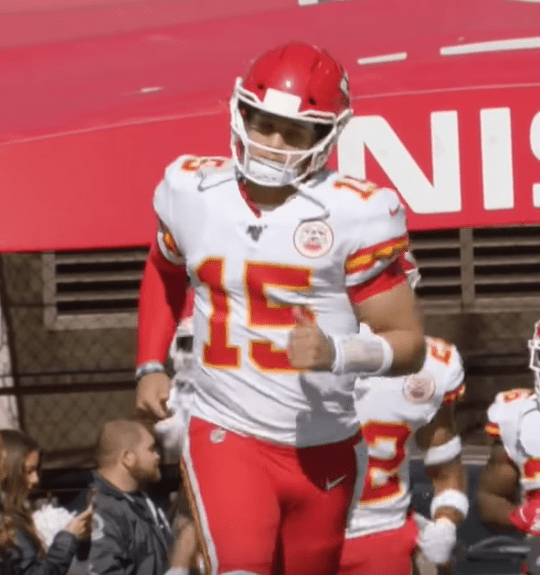 It’s here! Week one of the NFL season. In an offseason like no other, dealing with a global pandemic of COVID-19, having a virtual NFL Draft, zero preseason games, no OTA’s, less training camp practices, expanded practice squads. This might be the hardest season to predict on paper. Even media members do not have as much access this year as opposed to past years, leaving so many questions on how every team in the NFL will look once everybody puts the pads on and the games begin.

Regardless of the global pandemic, the NFL was in the best position of all the four major sports leagues in the U.S. because this happened mostly during the NFL’s offseason. There was more time to adjust their schedule and their COVID-19 protocols.

The lack of preseason and practices will put defenses at a disadvantage, that is because of the lack of game action and not tackling opponents. So high powered offenses like Kansas City are going to take full advantage of the first few weeks while it takes a bit for defenses to catch up to speed.

Speaking of Kansas City, the reigning Super Bowl Champions started their season on against the AFC South Champion Houston Texans. These two teams faced off against each other last postseason in the divisional round where Houston got off to a 24-0 lead after the 10:54 mark in the second quarter.

I thought the game was over, but that was before the Kansas City Chiefs outscored Houston 51-7 the rest of the way.

Deshaun Watson vs. Patrick Mahomes. Two QB’s who were in the same draft, and two QB’s who got huge contract extensions this past offseason. There will be battles between these two for years to come(along with Ravens QB Lamar Jackson).

I predicted before Thursday’s game that the Chiefs would come out on top, and they did. The fact that KC brought back a majority of their players from last year’s Super Bowl run, drafted Clyde Edwards-Helaire out of LSU, and were at home(even though their stadium was not completely packed due to COVID-19), played a huge factor.

The final score was not as close as the box score said it was. Kansas City dominated the majority of the game. Patrick Mahomes had his way with going 24/32, 211 passing yards, 3 TD’s, 0 INT’s. He still has all of his weapons from the previous season which included Sammy Watkins, Tyreek Hill, and Travis Kelce. They also had a new weapon on offense with Clyde Edwards-Helaire out of LSU with the 32nd overall pick. He rushed for 138 yards on 25 carries and scored a rushing TD. Is there a chance that this Chiefs offense is even better than last year? There is a possibility of that when they added a College National Championship RB in Edwards-Helaire to the mix.

Houston though lost their best receiver in Deandre Hopkins via a trade to the Arizona Cardinals, in exchange for a running back in David Johnson with recent durability issues. Deshaun Watson missed his former number 1 receiver on Thursday, though Will Fuller did have 8 catches for 112 yards. Whether or not Fuller can stay healthy for a full 16 games season is yet to be seen. However, no other receiver on the team had more than 3 catches.

David Johnson showed early that he is on a mission as he has battled durability issues the last few seasons, as he was a part of the Deandre Hopkins trade, rushing for 77 yards on 11 carries and scoring a rushing TD.

It does not get easier for the Texans, where their next 3 games are: home vs. Baltimore, at Pittsburgh, and home vs. Minnesota.

Prediction for the remaining Week 1 matchups: