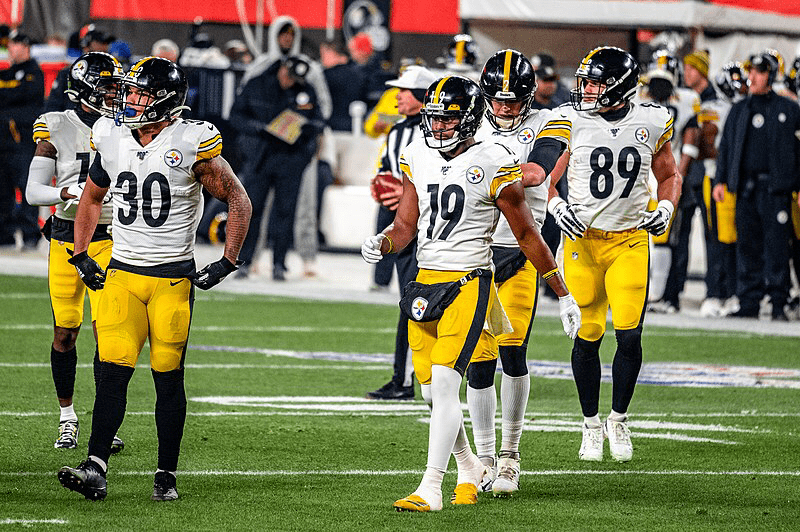 PITTSBURGH- For most of the first half on Sunday, it looked like the Houston Texans would escape from Pittsburgh with their first win of the season. After Chris Boswell opened the scoring with a 33-yard field goal midway through the first quarter, Deshaun Watson quickly countered with a touchdown pass to Randall Cobb. The free agent acquisition had a big day for the visiting Texans, reeling in 4 catches for 95 yards to go along with his touchdown.

David Johnson increased Houston’s lead on a two yard score early in the second quarter. With the Steelers trailing 14-3, Ben Roethlisberger went to work, throwing a pair of touchdown passes to Eric Ebron and JuJu Smith-Schuster to give Pittsburgh a three-point lead.

The Texans jumped back in front when Watson hit Will Fuller V in the endzone with 24 seconds remaining in the first half. The Steelers’ defense made some adjustments at halftime. Bud Dupree led the way for Pittsburgh in the second half as they sacked Deshaun Watson 5 times. Continued pressure from the front seven forced a critical interception in the 4th quarter which led to the Steelers’ game-winning drive.

With the Texans leading 21-20 with just over 13 minutes remaining in the game, Houston crossed midfield and was poised to add to their lead. Linebacker T.J. Watt chased Watson outside of the pocket and forced a reckless throw downfield. The pass was intercepted by safety Mike Hilton at the Pittsburgh 20 yard line.

The Steelers then marched 79 yards in 12 plays on a drive that was capped off by James Conner’s 12 yard TD run. The Steelers’ running backs exploited the Texans’ run defense, which was ranked 31st heading into this weekend’s matchup. Led by Conner, the rushing attack amassed 169 yards on 38 carries.

Ben Roethlisberger looked good yet again, completing 23 of 36 passes for 237 yards and a pair of touchdowns. Eric Ebron led the Steelers in receiving, catching 5 passes for 53 yards and a score. The Steelers will head to Tennessee next week to face the Titans in a battle of two of the NFL’s remaining undefeated teams.