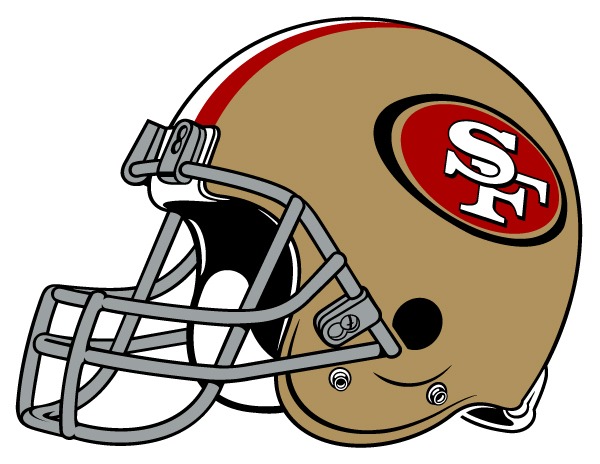 Now, everything that is heard coming out of coach Tomsula and the players is that they aren’t concerned and that everything is fine. That said, the biggest area of obvious concern through three preseason games was the offensive line.  That line looked horrible, specifically in what was supposed to be the “dress rehearsal” for the season against the Broncos.  Kaepernick was under constant pressure and, minus the last drive, the offense wasn’t able to get any sort of significant drive together.

Coach Tomsula named the starting offensive line, going with Staley at left tackle, Boone at left guard, Martin at center, Devey at right guard, and Pears at right tackle.  The left side of the line is solid and throughout the preseason was consistent – that shouldn’t be an issue. The right side, however, is downright scary. Pears was terrible on pass protection and it was him who Ware beat on that sack in the endzone for a safety.

This presents a problem for a quarterback that has been under constant scrutiny for not being able to stay in the pocket and go through his progressions. The game against Denver was a prime example of what kind of problems a talented front seven like Denver’s can cause this offense. This is why cutting Joe Looney was a surprise for me – you would think they would keep him, as he has been a decent offensive lineman.

Now, when it came to the running game the line looked good, and it seems that the new zone blocking scheme will fare well.  Carlos Hyde is poised to have a great year. The addition of Bush is still one of the under the radar additions for this team, but he will help tremendously in the short passing game, keeping the opposing pass rush at bay.

The defense looks like it’s still in good shape and will again be the anchor of this team.  Navorro Bowman looks in midseason shape and his presence will be big for this defense. A defensive cut that was surprising, especially when it comes to the impact that it has on the salary cap, was of Darnell Dockett.  It was believed that he would take over Justin Smith’s spot at least for the short term while Armstead picked up the defense.

When it comes to fantasy football implications and drafting players off of this team, Carlos Hyde is a good option at running back.  Torrey Smith and Anquan Boldin are good options in the 3rd or 4th round of your draft. If available in the latter rounds, Vernon Davis will also be a good and viable backup option at tight end.  Defensively, this should still be one of the top defenses available and should still be a top ten defense.

As far as all the questions you might have on this team, they will be answered sooner rather than later; the football games that count will be starting this week. This team has a good test in front of them in week one, Monday night football.  The Vikings are thought to be one of the up and coming teams, especially with the return of Adrian Peterson and the emergence of Teddy Bridgewater as a good, viable quarterback. My prediction for the 49ers this season is 11-5 – I strongly believe Chryst will play to Kaepernick’s strengths and mask the offensive line’s deficiencies by keeping him on the move.