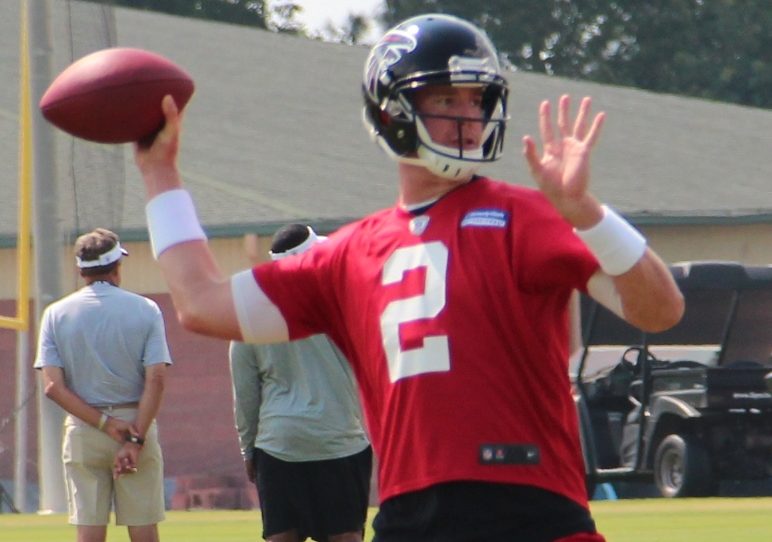 First, I would like to begin on a personal note.  My fantasy team this year stinks out loud.  My number one pick was Adrian Peterson.  My RB2 & RB3 consisted of Jeremy Langford and Ameer Abdullah.  I have subsequently picked up and released multiple backs due to injury and my current backfield features James White and Devontae Booker.  That is the single ugliest group of RB’s in the history of Fantasy Football, at least dating back to my first season in 1993 when I used a newspaper, calculator, and a pencil to compile results.  Like the 2016 Presidential Election, it has been a total disaster.  If I could pick one word to describe how bad my season has been, that word would be Fukushima.

When you throw in the fact I am a Notre Dame fan and a Chicago Bear fan there is next to no reason for me to even watch football.  The only reason I do is you, the loyal Skullking Football readers who undoubtedly still have something to play for.  If your team is as bad as mine, maybe we can form a support group.  Either way, let’s look at what did, and didn’t work in the draft this season for QB’s.

Matt Ryan – Atlanta Falcons (Fantasy Pros ADP: 152):  Here is a younger version of Philip Rivers; throws the ball a ton but does not end up in the end zone.  With a disappointing 2015 performance and only 21 touchdown passes last year, Ryan is likely playing for his future as a starter for the Falcons.

Well, among the many surprises in 2016, Matt Ryan is the top ranked QB for the first place Falcons.  While he was only a 14th round choice in Yahoo leagues and drafted in 74% of leagues, he has produced a league leading 2075 yards passing 15 TD’s (2nd in the league) and only 3 INT’s.  If you drafted Matt Ryan, let alone to be your starter, congratulations; that may be the single best value pick of the year.

Ben Roethlisberger – Pittsburgh Steelers (Fantasy Pros ADP: 51):  The Steelers were devastated by injury last season and Big Ben ultimately missed 5 games while being banged up in most other games.  Despite that, he nearly topped 4000 yards passing and had 21 TD’s.  Assuming the team remains healthy, Roethlisberger will be posting big numbers again this year and offers owners great value in Round 6 or later.

Barring a speedy recovery, Roethlisberger likely won’t live up to his draft position in the long run so hopefully you have a capable back up.  Antonio Brown owners should be sweating bullets right now.

Matthew Stafford – Detroit Lions (Fantasy Pros ADP: 144):  Stafford earns a heavy discount as a starter after losing one of the most dominant WR’s we have ever seen in Calvin Johnson.  I don’t think Golden Tate is an ideal WR1, and Marvin Jones is still a better WR3.  Stafford is going to need to raise his game because these guys won’t be able to lift him up on their own the way Megatron always did.

I am still not in love with Matthew Stafford, but he is running the Detroit offense arguably much better than he did with Megatron.  Marvin Jones Jr. has been a great acquisition and the Lions are far more competitive in 2016 than many expected based on their history of always sucking.

Drew Brees – New Orleans Saints (Fantasy Pros ADP: 58):  Once again, Brees put up great numbers in New Orleans and should hit the 4000+ yard club with 30+ TD’s in 2016.  At some point he will start to breakdown so owners should have a capable backup available in the event Brees suddenly hits a Peyton Manning like wall with his arm.  Potential for disappointment if drafted ahead of the 6th round.

Unless something happens health wise for Brees, he will finish the season no worse than top 3 and potentially number one overall based on the struggles of the top 3 ranking coming into the season (Newton, Rodgers, and Wilson).

By Jeffrey Beall (Own work) [CC BY 3.0 (http://creativecommons.org/licenses/by/3.0)], via Wikimedia Commons

Andrew Luck – Indianapolis Colts (Fantasy Pros ADP: 43):  The only reason Luck is in this position is due to Tom Brady’s suspension to start the season; otherwise he falls out of the Top 5.  His numbers were awful last year, largely due to injury.  However, Luck has been turnover prone his entire career and has a tendency to try an owner’s patience with stretches of inexplicably poor play; partially due to a lousy offensive line.  Luck should produce 4000 yards passing and 28+ TD’s, but will likely also have 15 turnovers or more during the season.  Don’t draft him ahead of the 5th round.

The most impressive thing about Andrew Luck’s season will be whether or not he survives.  He has been sacked a league leading 23 times this season which the front office should be ashamed of.  No point paying that much money to a guy in a body cast.

Derek Carr – Oakland Raiders (Fantasy Pros ADP: 111):  Carr is on the brink of becoming a legit fantasy starter every week.  The Raiders are young and have plenty of explosive talent which is only going to improve with their experience last year.  This is a very expensive pick for a backup in my opinion.  You may never start him and perhaps only use him as trade bait after the season starts.  I do think you can win it all with Carr as your starter assuming everything goes right with the rest of your squad.

The Raiders are for real and I think the same thing about Carr now as I did then.  If the rest of your team is performing, you can definitely win it all with him.  He won’t be undrafted in any leagues next year.

Philip Rivers – San Diego Chargers (Fantasy Pros ADP: 107):  Rivers chucks the ball all over the place every year and ends up with fewer touchdowns than you would expect given the yardage totals he produces.  He runs about as well as Bernie Kosar ever did, and his turnover numbers are less than stellar.  All that said, he usually isn’t going to kill you on his own.  He is the type of guy I don’t mind owning if I have Tony Romo or Tom Brady.

Cam Newton – Carolina Panthers (Fantasy Pros ADP: 24):  I think he is going to go in the first round in a lot of 10-team drafts, and I believe that is too high.  While I think Newton’s production will increase this year with the return of Kelvin Benjamin; he offers the best value in the third round, but worthy of a late second round pick.  I would expect Cam to top 4000 yards passing with 30+ TD passes to go along with 500+ yards rushing and 6 TD’s.

Part 2 will reveal the above mentioned, “What the Hell Was I Thinking” list, which will soon become a part of my regular rotation, along with fan favorite, Cutler’s Corner.