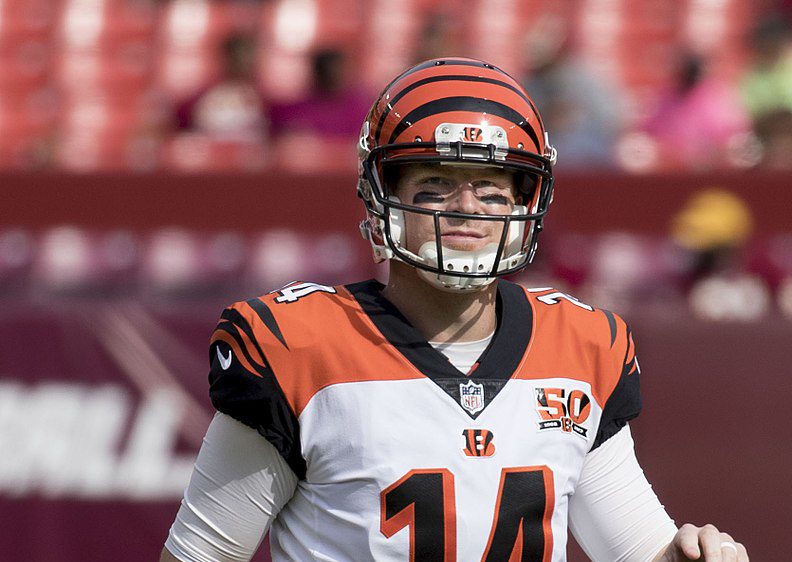 Its that time of the week again, where we take a look at the players still available in fantasy leagues that you need to go after in order to help your fantasy team dominate your league. Here are some of the better options we could find for week 4:

I don’t really have one that you “NEED TO GO GRAB” other than:

Dalton is quietly having a very good season on the waiver wire. He is currently outscoring players like Aaron Rodgers, Tom Brady, Deshaun Watson and Russell Wilson. I am not saying this trend is going to continue for the rest of the season. However, his matchup schedule leading up to a week 9 bye (@ATL, MIA, PIT, @KC, TB) is extremely favorable. With games against 5 defenses in the bottom 7 in Pass Yards allowed, 4 in the bottom third for Passing TDs allowed and 4 in the bottom half in QB Rating allowed Dalton is a solid pickup. More immediately, the Bengals are facing a Falcons defense that in the last two week have lost their starting middle linebacker (Deion Jones) and BOTH starting safeties (Keanu Neal, Ricardo Allen) which could be huge for not only Dalton’s numbers but also for AJ Green and Tyler Boyd.

Case is only a streamable option because he faces the Kansas City Defense who has given up 34, 44, and 26 points in the first three weeks. With 18 other QBs owned in 50% or more of leagues you likely have a better QB on your roster. But if you don’t because you just lost Garoppolo then Keenum is what you are stuck with.

I have been slow to join the Fitzmagic train, but I finally hopped on in week three. I am not getting off that train anytime soon as Fitzpatrick became the first player in NFL history to throw for 400+ yards in three straight games. Jameis has been out for three weeks since spring training and at the very least has some rust to get off. If you like carrying two QB’s, which I don’t usually, then Jamies can be an option for those of you who are still doubting Fitzpatrick.

Now if you listened to last weeks show you know that I told you that ONLY if Alex Collins missed the start this last week that Buck Allen would be startable. Now I wasn’t completely wrong because Allen only got 26 yards, but he also got two TD’s and has four on the season. Buck Allen is getting some goal line work, in what is surprisingly more of a committee than we gave credit to at the beginning of the season. He is still very touchdown dependent, but he is proving flexible in deeper league and also would be a handcuff to Collins should anything happen to him.

Wilkins has not jumped off the page as a clear cut waiver wire add through the first three weeks. That’s changes here. He is still getting steady amount of work and has 30 carries and 120 yards. That is the 4.0 yards per carry that you are looking for. 7 Catches for 25 yards as well. Now I know this is not the flashiest of picks but he is getting consistent enough work for me to be comfortable in deeper leagues.

Ivory was once considered a poor-man’s Marshawn Lynch. While he finished with 126 total yards in the game against MIN, it was not as productive as it may seem. Ivory not only benefited from a McCoy injury that kept him out of the game, but the game script was very much in his favor as the Bills jumped out to an inexplicable 27-0 lead at halftime. Ivory averaged less than 3 ypc (20 att, 56 yd) and outside of a 55 yard reception only had 2 catches for 15 yd. Everything that needed to go right for Ivory went right last week. I have a hard time seeing the same thing happen again on the road against another NFC North team.

This one is obvious! Calvin Ridley has outscored Julio Jones over the last two weeks. Now I don’t think that continues for the rest of the season but Ridley now has as many Touchdowns as Julio Jones has had in his last 24 games. Look, Matt Ryan is being more or less forced to throw the ball all over the field with the injuries to the Defense and to Freeman. The high scoring offense should continue with Cincinnatti coming to town followed by Pittsburgh.

Brown has had consistent numbers through three weeks and is going up against the Steelers who are giving up massive points. Now that game could be a classic AFC NORTH Defensive battle but clearly John Brown and and Flacco have chemistry and are doing good things. There are guys I like better but if the likes of Ridley, Boyd, Godwin, Williams, are all gone then go for it.

Williams ownership in fantasy leagues is a tragedy. We talked before the season started that Williams was going to be the big body receiver in this offense and we have been talking about him for weeks and now that he has had a two-score game, maybe that will get people’s attention. The schedule gets light over the next few weeks with the 49ers and Oakland over the next two weeks. Look for Mike Williams to continue to find the endzone.

This is a guy that I have talked about in my caution on Jesse James. When Vance McDonald got healthy he was going to be the guy and he proved it on the Monday Night Game. While TE production can be hard to predict for the Steelers with all of the other weapons they have on offense, McDonald is the better option of the TEs in Pittsburgh.