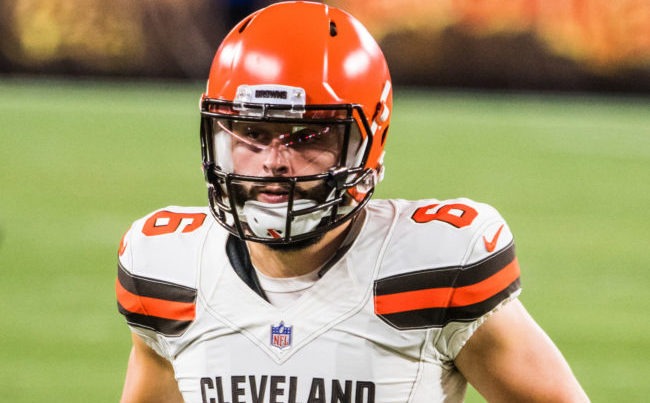 As we inch closer to the fantasy playoffs more and more teams are fighting for wins to secure their playoff position. Let’s see if we can find a few extra points for this week’s matchups for the guys who need a quarterback:

Mayfield is very familiar to are QB waiver wire list, having been on it almost every single week since week 4. Coming off of the bye he is facing a Cincinnati defense that is the worst in the league at giving up fantasy points to opposing quarterbacks. Every game that Baker has started, he has put up streamable numbers (think Alex Smith – 250 pass yards, one or two touchdowns and some rushing yards). Look for Mayfield to have another solid start against the horrible defense in week 12.

Lamar Jackson owned in 22.4% of leagues

Jackson put on quite a show in his starting debut for the Baltimore Ravens. Though his quarterbacking numbers we’re not the most impressive (150 pass yards, one interception), he ran the ball an unprecedented 27 times for 117 yards. I don’t expect Jackson to run the ball that many times in this next game. However, Baltimore is facing an Oakland defense is the 8th worst at giving up fantasy points to quarterbacks this season. The rookie quarterback should be in for a very productive game against a horrible defense.

Andy Dalton owned in 46.8% of leagues

Do the first 6 weeks of the season Andy Dalton was very productive and was a top 10 quarterback in fantasy. In two of Dalton’s last 4 games, the red rocket has struggled when he has been forced to throw the ball in catch-up mode (versus the Chiefs and Saints). coming off a decent fantasy performance against the Baltimore Ravens Dalton now gets the Cleveland Browns at home. According to StatRoute.com, over the last 3 years Andy Dalton has the highest fantasy points per game against the Cleveland Browns among quarterbacks who have played at least three games against the Browns. That means he is outscored both Ben Roethlisberger and Joe Flacco. And while this made jinx Dalton for his week 12 match up, he has not thrown an interception against the Browns in his last six games. Dalton should have, at minimum, a stream-worthy game against the Browns.

Dak Prescott owned in 44.9% of leagues

For the most part, Prescott has had a solid season as a quarterback of the Cowboys in terms of fantasy points. He is only quarterback 17 on the season, but he hasn’t had a game under 10 points since week 3 against the Seahawks. While that may not be a reason to jump for joy and actively go after Dak Prescott, it should be reason enough to consider him as a streaming option on Thanksgiving Day even against a Washington Redskins defense that has put up double-digit fantasy points in three of its last five matchups.

All stats provided by StatRoute.com, the best place to get your fantasy statistics and research!

All player profiles are provided by FantasyPros.com