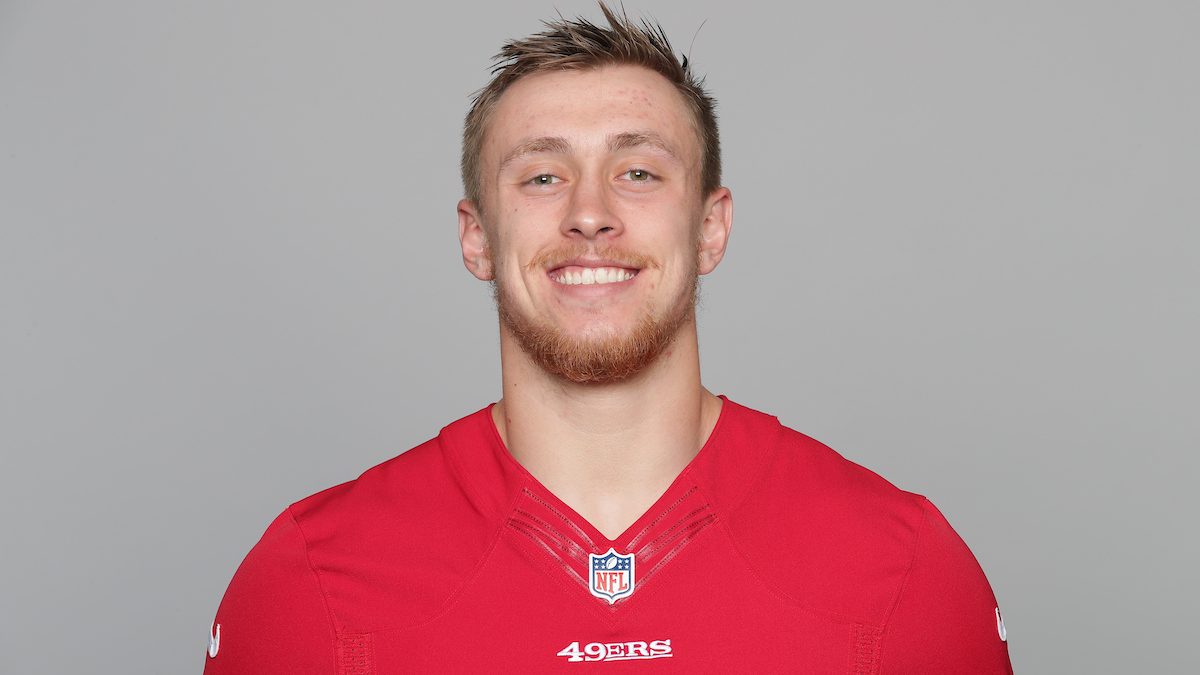 So the question has been asked: “Will George Kittle put up similar number for the San Francisco 49ers in the upcoming season as he did on 2018? Certainly Kittle’s numbers were impressive last season:

Those 1377 yards were the most by a tight end in the history of the game, which is certainly saying a lot when you consider some of the great tight ends in the history of this great game. However, in my humble opinion, I do not believe he will be able to come close to those numbers. Sorry 49ers fans.

George had to shoulder most of the load last season because of so many injuries to the Niners’ offensive weapons. To start, they lost starting quarterback Jimmy Garoppolo in week 3. Jerick McKinnon tore his ACL before the season even began. Signed from the Vikings before the 2018 season, Jerick is an excellent pass catcher out of the backfield. Pierre Garcon was supposed to be the Niners’ number one receiver but struggled after off-season neck surgery and was not able to get much going, missing 8 games. Marquise Goodwin was injured in week one and was never the same player after that. Trent Taylor was supposed to be a factor as well but dealt with injuries himself.

The Niners had to go with rookies such as Kendrick Bourne and Richie James and top draft pick Dante Pettis, making Kittle the number one target by default and leading to the tight end’s monster numbers.

Certainly the return of Jimmy Garoppolo will help the Niners, but does it really help Kittle? When Nick Mullens took over in week 9 last season, Kittle’s numbers took off.

Kittle was targeted by Mullens on 29% of his pass attempts, while Garoppolo has only targeted Kittle 14% of the time.

Jerick McKinnon will return from injury. The Niners also signed Tevin Coleman from the Falcons. Both are excellent receivers out of the backfield. The return of Marquise Goodwin and Trent Taylor back in the fold from their various injuries provide more options from last season. The emerging Dante Pettis will be a huge factor. Let’s not forget the drafting of Deebo Samuel and Jalen Hurd who are both young and talented weapons for head coach Kyle Shanahan.

With so many different weapons at Garoppolo’s disposal it will be impossible for Kittle to get those numbers once again. According to reports out of the Niners camp, Jimmy G is throwing quite a bit in Taylor’s direction, which might not bold well for Kittle.

However, one good thing for current and future Kittle owners out of Niners Camp is that they would like to use Kittle down near the red zone more. So those 5 touchdowns could see a little upswing.

Here is a little advice to those who looking to draft Kittle: Do not look for those monster numbers. His yard total could very well could drop to 700-800 yards with Jimmy at the helm and all of the new weapons for the Niners. He might increase his touchdown by a couple at the same time. Kittle is still the number three tight end in any fantasy draft. Yes, I would still draft him if had the chance to, but I am not expecting a season like 2018.