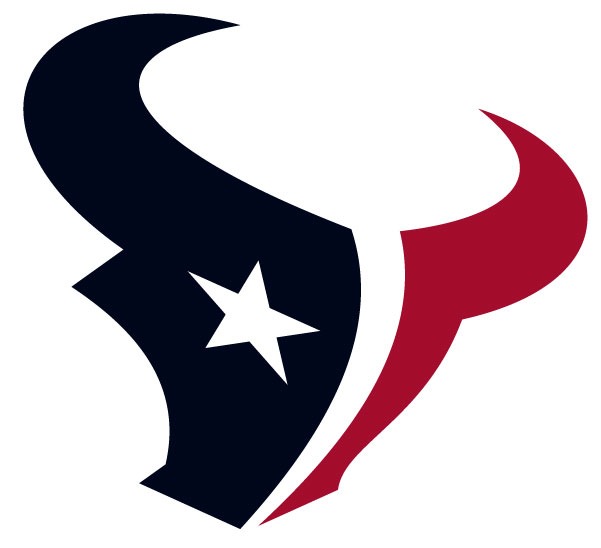 Lost in the shock of Andrew Luck’s retirement on Saturday night was the news of Texans running back Lamar Miller being carted off the field with a leg injury. Confirmation of an ACL tear ending Miller’s 2019 season have sent fantasy owners scrambling to find answers as to will carry the load now that Miller is likely out for the season.

The Texans are in a unique situation where they don’t really have a bon-a-fide backup plan for Miller. They had D’Onta Foreman who was expected to challenge for the number one job during training camp, but they released him a few weeks back, and since then, Foreman has been picked up the Colts, landed on IR, and then released by the Colts.

The Texans also traded for Duke Johnson, Jr. from the Browns and he is the assumed benefactor of Miller’s injury, but there are many who doubt Johnson’s effectiveness as a starter. If Cleveland wanted Chubb and Hunt over Johnson and were willing to trade him for an undisclosed pick, could he really be the number one option for Houston?

The Texans are currently huddled about in Houston right now discussing all plans of options for their backfield, and their decision will rise the stock of one or two running backs who will be hotly sought after in fantasy drafts or free agent pickups.

Here are likely the scenarios being tossed around in Houston:

Duke Johnson is the Man

Johnson is only 25 years-old and doesn’t have a full season worth of reps given he split time in most of his seasons with Cleveland. Johnson also brings the ability to add to the passing game, something the Texans want given their style of offense. Johnson had almost as many catches in Cleveland as he did carries. In four years, he caught 235 passes for 2,170 yards. As a runner, he carried 299 times for 1,286 yards, averaging 4.4 yards per carry. He’s got the numbers you would want in a star back and has a better yards per average career-wise than Miller and more receiving experience.

Pros: If you look at stats, you wouldn’t think the Texans would lose much going from Miller to Johnson. Not to mention, Johnson is fresher. He has far less wear and tear in his career and impressed many times given his opportunities in Cleveland. He makes the most sense to carry the torch moving forward.

Cons: Johnson has never been a lead back. He’s always been a part of a committee in the pros and hasn’t gotten the workload he may get with Houston. Plus, Cleveland was not all that impressed with him as evidenced by them bringing in Kareem Hunt and placing him and Chubb above Johnson on the depth chart. So there’s a hanging question on whether Johnson really could be a starting back in the NFL.

A Running Back By Committee Develops

The Texans have a large group of running backs behind Miller. They were obviously content before training camp with the group given they released college star back D’onta Foreman. Johnson would be part of a committee that would also include some, but likely not all, of Damarea Crockett, Karon Hidgon, Jr., Buddy Howell, Taiwan Jones, and Josh Ferguson. The likeliest to emerge from the group would be Johnson, Crockett, and Higdon, Jr.

Pros: It’s the way the NFL is now. The Texans would turn into the Baltimore Ravens giving equal playing time to three or four backs and using them all in different scenarios. Each back carries their strength and have already spent most of training camp with the team learning the system. It’s the scenario that makes the most sense.

Cons: How talented a group is this really? We’ve already detailed the concerns on Johnson above, while Higdon, Crockett and the rest of the group come in undrafted. On the surface, it seems like a major downgrade from what they had in Miller. Can they still achieve the success they want going this route?

A Major Trade for Ezekiel Elliott or Melvin Gordon, Jr.

Both Elliott and Gordon, Jr.’s holdouts offer opportunities for Houston to step in and negotiate a trade with Dallas or Los Angeles to bring in the star running backs. The Cowboys have been happy with Tony Pollard‘s progress in training camp and would be fine with him as the future back for the team; just ask Jerry Jones. The Chargers still have a lot of talent in Austin Ekeler and Justin Jackson behind Gordon. Both backs showed success at the end of 2018 when Gordon was hurt, so chances are they are also open to dealing with Houston and parting ways with Gordon if the price, er..draft pick…is right.

There could also be another trade for a backup running back with not as much star power that wouldn’t cost the Texans such a high pick, such as a Latavius Murray, Devontae Booker, or Gus Edwards, just to name a few.

Pros: Both Elliott and Gordon are more talented backs than Miller, so trading for one of these two backs will only make Houston better after their star back got hurt. It also elevates the Texans into more of a Super Bowl contender and can help them challenge the Chiefs and Patriots for supremacy in the AFC.

Cons: For starters, the price tag both will cost. The Texans just traded away a draft pick for Johnson, and either Gordon or Elliott will likely cost them a first-rounder. Not to mention they have to find a price that will avoid a holdout and get them back on the field. Both Elliott and Gordon are already in their third years and have not practiced at all in preseason, and with a short shelf life of running backs, they will probably only get a few more elite years out of them. I really don’t see the Texans going this route, but you never know.

The NFL is less than a week away from the end of preseason and major cuts taking place. One intriguing name that is could begin to pick up steam is Jay Ajayi, the former Eagles back who tore his ACL last year and has since found himself without a team. Ajayi is only 26, so despite his injury which he has been medically cleared for, he still offers a few years of prime play should he fully recover and regain his game.

There are also likely to be some big names being released from teams. Some names that are already being tossed about as possible camp casualties include Elijah McGuire, LeSean McCoy, Carlos Hyde, Samaje Perine, Kenneth Dixon, and Jerrick McKinnon.

Pros: There are definitely likely to be a couple backs cut that could come in and provide a solid rushing attack for the Texans which won’t allow them to lose much steam with the loss of Miller. It won’t cost them much and would add depth to a running back corps that is already pretty deep with rookies.

Cons: It’s a bit of a slap in the face to the backs they already have to go out and get a running back that another team doesn’t want and put them in a starter or backup role. Most of the backs that get cut will be either well past their prime, injury prone (or injured now) or practice squad fodder. It’s not really going to add much to the Texans running back corps than what they already have.

The Texans will have temptations to go out and trade for a back, but in the end, I believe they will stick with what they got, possibly bringing in one more back that is cut or on the free agent market to compete and add some depth to the already big group of running backs.

Early reports are the Texans like what they have in Crockett, Higdon, Jr., and Johnson, Jr. and I believe they will role with a running back by committee for a while until someone steps up with Johnson likely getting a majority of the committee work. If someone doesn’t step up, then the Texans will look to make a move via trade or free agency.
Johnson’s experience as a pass catcher, as mentioned above, should make him the apparent 1A back who gets the most snaps each game, but keep an eye on Crockett who is most likely to push Johnson for playing time with Higdon getting your prototypical five or six touches per game.

The good news for the Texans is while Miller is a big part of the team, they are a passing attack more than a running attack. They don’t feel desperate given they have Deshaun Watson‘s arm and legs and DeAndre Hopkins, Will Fuller, and Keke Coutee on the outsides to make plays. The Texans will be fine, and this injury won’t change their status as an AFC South contender.

All player profiles provided by FantasyPros.com