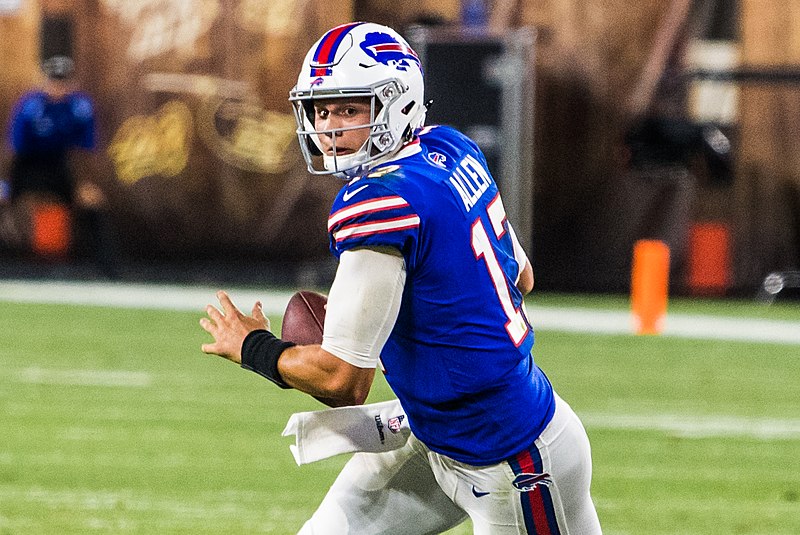 Josh Allen: Despite his struggles in the first half, throwing 2 interceptions and fumbling twice (losing both) he played very well in the second half against the Jets. He threw for 254 yards with a TD and had 38 yards rushing with a TD. The Bills have the Giants this weekend so I except an even better performance this Sunday, I like Allen as a wavier wire pick up this week. – Zach Putteet

Malcolm Brown: Brown rushed 11 times for 53 yards and 2 touchdowns in week 1, accounting for about 17 fantasy points. Brown looks to be in a time-share with Gurley who rushed just three more times than Brown this Sunday, but Brown got the goal-line work and converted it into two touchdowns. Darrell Henderson (one carry) has disappeared and Brown is now the guy who is going to get 10-15 quality touches in a high scoring Rams offense.

Chris Thompson/Adrian Peterson: With Guice being out multiple weeks due to his meniscus injury, Adrian Peterson slides into the lead back role. Although Thompson’s role doesn’t change, he had a good showing in week 1 with 7 receptions and 78 total yards. The Redskins are likely to be losing in games which gives Thompson more opportunities for targets/receptions. Adrian Peterson and Chris Thompson are great adds for week 2, but Peterson’s stock falls once Guice returns. – Anthony Haage

Jamison Crowder: Crowder is currently owned in 47% of Yahoo leagues. He had 17 targets and 14 receptions and should be an instant add in all PPR leagues as he looks like a favorite of Sam Darnold.

Marquise Brown: The most surprising performance this week was Lamar Jackson’s TD passes, two of them being to Hollywood Brown. They were playing arguably the worst team in the NFL in the Dolphins, otherwise Hollywood Brown would be the number one WR on this list. With his speed and the Baltimore run game demanding 8 in the box, we should see Brown running alone a lot this year. Owned in 32% of Yahoo leagues.

John Ross: Owned in 12% of Yahoo leagues, we may have finally seen the John Ross the Bengals thought they were getting with a top 10 draft pick in 2017. We saw him catch two deep balls and have 12 targets with 2 TDs. As long as A.J. Green is out Ross should continue to get a lot of targets. – Nabeel Lalani

Darren Waller: He is owned in only 26.8 percent of fantasy leagues but after last night’s performance he will be gone in a hurry. Last season Derek Carr”s favorite was tight end Jared Cook, this season Waller could be that guy. 7 catches for 70 yards is a nice start, I feel this young man could very well reach similar numbers to those of Cook last season. Sure rookie Josh Jacobs got off to a nice start and Tyrell Williams had a nice game, but Waller, who Gruden saw on the Ravens practice squad, could be a nice find for this young team.

TJ Hockenson: He is owned in only 30 percent of fantasy leagues. He had a good first week, and I know others will say something Marvin Jones or Kenny Golladay but here is a huge red zone target for Matthew Stratford. I believe Jessie James who they signed away from the Steelers will be used as more as a blocker, this gentleman will be used around the red zone because of his size and certainly give fantasy owners hope for the future.

Jimmy Graham: Surprised this guy is owned in 47.6 percent of fantasy leagues. It was not too long ago this man
was the number one tight end to have in any league, but these last few season he has fallen on some hard times. This could be a bounce back campaign for him. He could be a nice red zone target. Other than Adams, you have second year players that have not quite mature yet, and Geronimo Allison coming off of injuries. Jimmy should get more targets this year, and I would like for him to catch his share of red zone targets. Besides coach LaFleur had a good tight end while he was with the Titans in one Delanie Walker. He likes to use the tight end in his system
and this bodes well for Graham. – John O’Mary