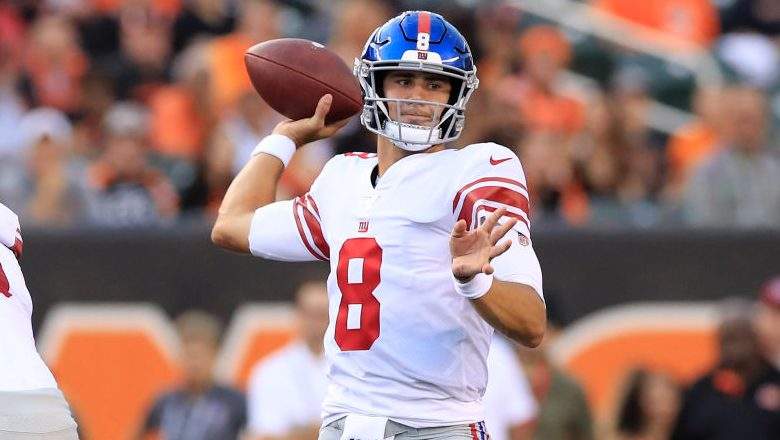 Since he was given the opportunity of the starting job due to Cam Newton’s injury, Kyle Allen had led the Carolina Panthers to victory for the first time in eight games. He did this while throwing for four touchdowns. This was really making a statement for taking over the starting job not considering Newton’s injury. Cam Newton will most likely be the starter when he is healthy, but now it is reported that he is dealing with a Lisfranc injury which could cost him some serious time. This game is another opportunity for Kyle Allen to impress the team’s front office and make a statement to the league before Newton’s eventual return.

Now taking the reins of the team from Eli Manning, Daniel Jones did something in his first start that no rookie quarterback in NFL history has done in the Super Bowl era. He scored two passing touchdowns as well as two rushing touchdowns in the same game. If this is just a glimpse at the potential that Daniel Jones offers to the New York Giants, the team could be making a turnaround. The ankle injury to Saquon Barkley is not going to help the Giants try to turn this season around, but it is going to increase Daniel Jones’ fantasy point production. He should be started this week in a tasty matchup with the Washington Redskins’ questionable secondary.

The issue with Josh Allen in fantasy football stems from the turnovers that he creates. He has already thrown three interceptions through the first three games of the season, and that does not make fantasy owners too happy. This is a problem that the team has most likely addressed, but that does not change the fact that they are going against the New England Patriots defense this week. In a very bad matchup Josh Allen should be sat on your bench.

As he took over as the starter for the New Orleans Saints from an injured Drew Brees, there were questions as to whether or not he would split snaps with teammate Taysom Hill. Those questions have been answered with Hill barely playing at all in week 3. Teddy Bridgewater is the unquestioned starter until Brees is ready to return. This could be a valuable waiver wire add, whether it be to trade him or use him. There is obviously some major value in Dynasty formats to possibly be the heir to Drew Brees after this season.