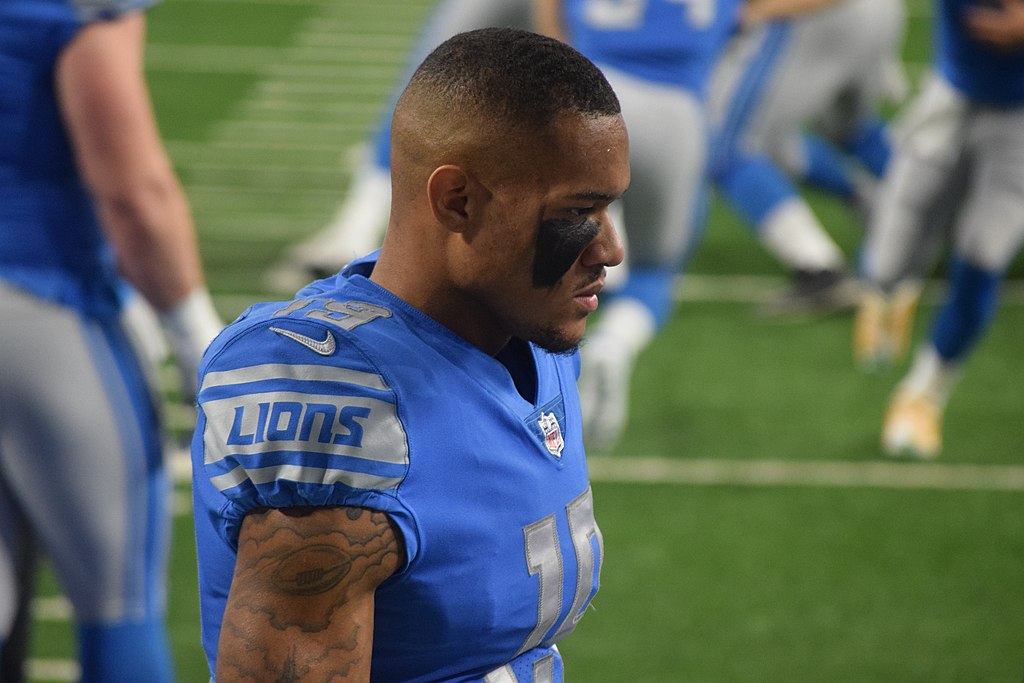 Golladay has been a sensation all season long and has been a great week in and out player for many fantasy teams. (Side note: I hope everyone purchased our very helpful draft guide where I showed that Golladay was primed to be a WR1 and could be the steal of the draft. I own Golladay in all 10 of my leagues and hope all of you do too.) However, in week 11 everything is against Golladay. Stafford is out and Jeff Driskel is not a QB that comes with a lot of fantasy production. On top of that, Golladay is facing a tough matchup lining up against Byron Jones who held Stefon Diggs to 3 catches for 49 yards. If Stafford is out, keep Golladay out of all daily fantasy lineups and if you have any competitive options you must consider benching Golladay given his rough week 11 matchup.

Sutton has been an amazing pickup this season by finding production in an offense that lacks any kind of consistent quarterback play. Somehow Sutton has found a way to be a top wide receiver throughout the entire season. However, coming into week 11 Sutton might be facing a challenge he can’t overcome. He is going against a very tough Viking defense and is a 9.5 point underdog going into the game. Brandon Allen is his quarterback; making only his second ever career start. In Allen’s first start he was able to connect with Sutton 5 times for only 56 yards in a win against the Browns. In that game, it was made clear that the Bronco’s offense was going to be running the ball hard with the twin backs of Phillip Lindsey and Royce Freeman, in order to keep the ball out of Brandon Allen’s hands. Going into week 11, I wouldn’t count on Sutton with all of this against him. He might pull through and have a decent game. However, he is likely a far riskier option than most.