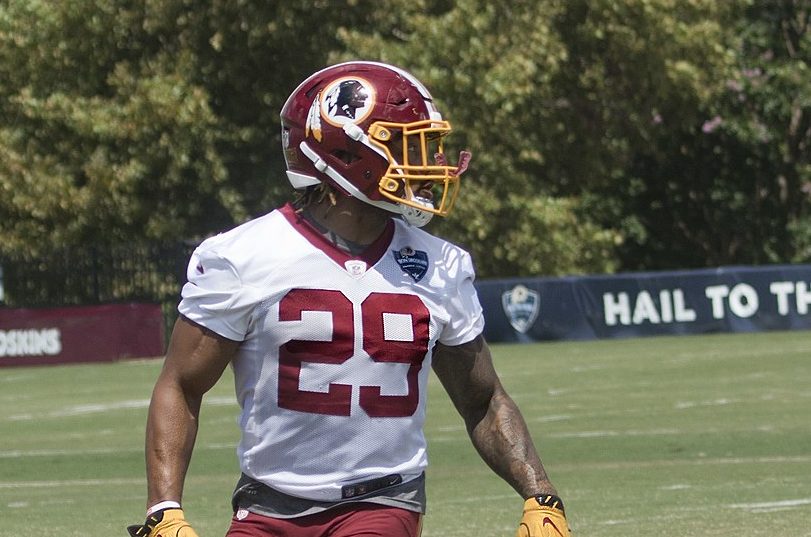 The former Alabama running back burst onto the scene last week in fantasy. The Lions RB has a huge opportunity to make a name for himself in the upcoming weeks. With Kerryon Johnson likely out the remainder of the season, Ty Johnson being ineffective, and J.D McKissic handling the receiving duties, Bo Scarbrough got the start in Week 11 and did not disappoint. The Lions promoted him from the practice squad and were confident enough to give him the start on Sunday. He rushed 14 times for 55 rushing yards and a touchdown, and now he’s presumably earned a starting role and around 10-15 carries a game in a critical part of the fantasy season. Scarbrough dominated the snap count in week 11 and got 31 out of 63 snaps last week while Ty Johnson got 18 and McKissic got 14. If all goes well, Scarbrough can put up RB2 numbers and have a solid impact on fantasy rosters.

Guice has returned from his knee injury and has a shot to get some valuable fantasy points for the RB-needy fantasy managers. Guice got 8 touches last week resulting in 7 carries for 24 yards and 1 reception for a 45-yard touchdown. Although the 45-yard touchdown makes his week look less likely to repeat, it shows he has big play ability and high-upside. He still may put up some solid fantasy numbers even with being in a horrible offense. Guice only played 29% of snaps in week 11, and Adrian Peterson is still going to get touches, but as the season winds down, the Redskins may turn to Guice and see what their future starting running back has. I would recommend rostering Guice if you have a spot on your roster. HC Bill Callahan said he was confident in Guice heading into last weeks game and he should get more touches now that he is healthy. Guice won’t put up RB1 numbers just yet, but he has terrific upside and you can take all you can get when it comes to fantasy. The Redskins aren’t going to be scoring a lot of touchdowns and aren’t going to give Guice a ton of open lanes to run through, so don’t drop any good players for him just yet, but it’s better to be too early than too late.