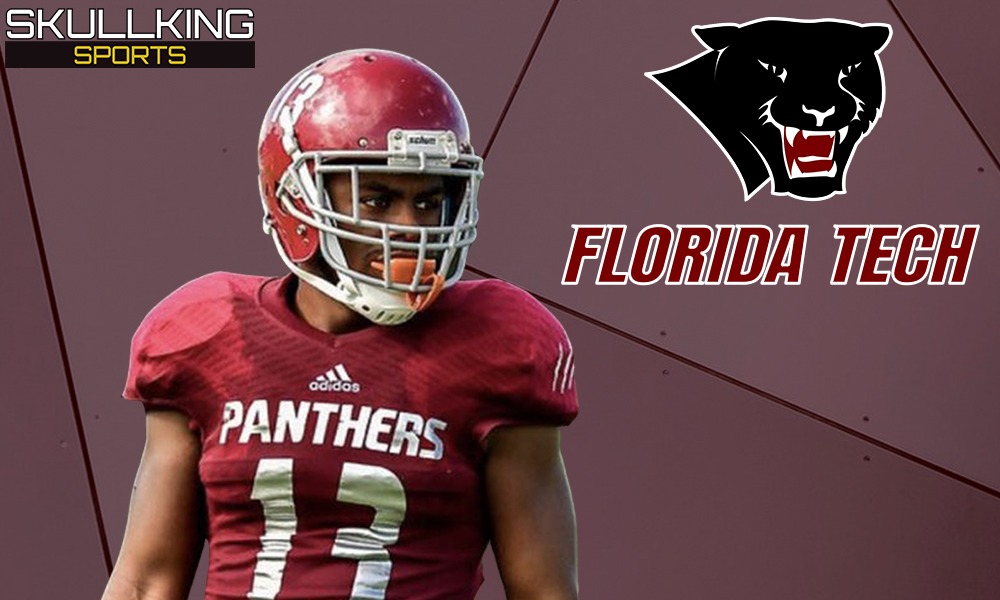 That’s how Florida Tech Panthers would describe their former teammate and 2020 draft candidate Tyrone Cromwell III. The 5’11” 196 pound cornerback is looking to become just the second Panther to ever play a regular season game in the NFL after this week’s draft.

The Maryland native finished his collegiate career at Florida Tech University with 56 total tackles and five interceptions in two seasons. He originally started at Clarion University, where he became a starter as a Freshman and was named their 2016 Team Defensive MVP but decided to challenge himself.

“Sometimes you got to get out of your comfort zone and go with your heart, go with what you feel at the time,” he said. “I’m not going to lie, I felt nervous… I wasn’t sure if this was the right thing for me, but at the end of the day it was.”

The transfer to Florida Tech taught him a lot about overcoming adversity, but it also taught him a lot about football. Having to learn a new, more complex, playbook helped him become a smarter player. One of his strengths is play recognition, which comes from constantly watching film. He models his game after Darrelle Revis, who he admires for his patience, and Patrick Peterson’s all-around playmaking ability. Whether it’s film on his idols, practice film so he can improve his technique, or film on his opponent, Cromwell’s always studying.

“I put so much film study in that I have gotten better at recognizing certain plays and reading the quarterback, reading the receiver, and understanding route concepts,” Cromwell said. “My play recognition is definitely something that you don’t notice on tape that I have put a lot of pride into doing.”

While recognizing plays and being a smart player helps, Cromwell also has the physical skills to compete at a high level. At Florida Tech, he played in a variety of schemes but prefers man coverage on the outside, and most commonly played in quarters. He has solid ball skills which led to nine total interceptions and 32 pass break-ups during his collegiate career. When watching film, you’ll quickly notice how aggressive he is in the run game. He isn’t afraid to step up and make a tackle. That hard-hitting mentality comes from his childhood playing days.

“I had never played DB until my junior year of high school,” he said. “Primarily, I’ve always liked to play linebacker and just make tackles all the time. For the most part, my linebacker instincts come out of me when I come to make tackles.”

He also played running back in high school, and his game speed is noticeable when watching film. Whether it’s chasing down running backs, trailing wide receivers, or even turning the corner to block a kick, which he did three times in college, he is constantly flying around.

“I’m not considered a blazer or anything, but I feel as though my on the field speed is definitely faster than running my 40,” he said. “Just being in the right position to win the rep, so I think my speed will transfer well to the next level.”

Above all else, Cromwell is a tireless worker who appreciates the game. He won’t be the kind of player practicing his TD celebration or hollering at his teammates. He knows that every play matters and refuses to let up, even for special teams.

“Having a want to block kicks. Some people do it lackadaisical, but I don’t take a play off,” he said. “I just try to stay humble and keep it going all game.”

Cromwell was elected to National Bowl All-Star game and the College Gridiron Showdown when he was in college. One of his biggest takeaways was the coaching and sheer level of talent around him. Being coachable is one of Cromwell’s biggest strengths, and it shouldn’t come as a surprise considering his father, Tyrone Cromwell Jr., was his coach growing up. Being a coach’s son taught him a lot about the finer details, which his dad constantly emphasized. Above all else, he just wanted to make his dad and coaches proud every play.

“Just being out there and knowing your dad is right there coaching you. You just want to make your dad proud, which motivated me to do my best.”

During these unique times, Cromwell and his teammates had to improvise for their pro day. They did a completely virtual pro day, where he ran a 4.55 40, with trainers and coaches. Unfortunately, and like many others, he didn’t get the chance to showcase his athleticism in front of scouts. For training he’s placed a big emphasis on running, while also being able to do DB drills at his local field. Otherwise, he’s resorted back to the basics: push-ups, sit-ups, and pull-ups.

As the draft creeps up, Tyrone Cromwell III is ready for the next chapter and promises to bring the same humble, positive, and hardworking attitude that’s helped him get this far.