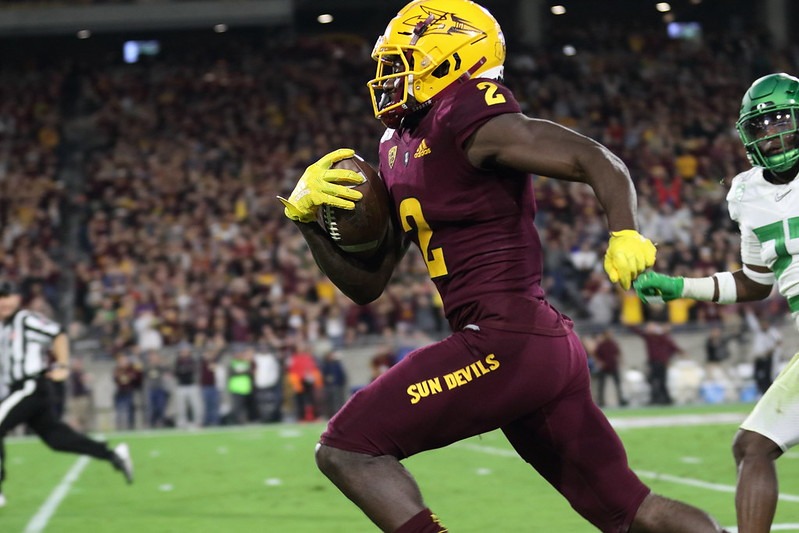 by James Donohue and William Woods

The Niners chose to draft yet another defensive lineman from the University of South Carolina by the name of Javon Kinlaw with the 14th overall pick. They traded down from the 13th spot in order to acquire a fourth-round pick from Tampa Bay. A move I would describe as absolutely genius by John Lynch, but I was then, later, disappointed by the final result.

Do I believe Kinlaw has the potential of becoming an amazing player? Absolutely, especially because of how quickly he moves off the line paired with his otherworldly size (6’5, 324 lb’s). Kinlaw has full capabilities of becoming yet another dominant force for the Red and Gold defensive front. Last season, he finished with 35 tackles and 6 sacks for the Gamecocks, which will serve beautifully lining up next to fellow first-round picks Nick Bosa, Arik Armstead, and Dee Ford. However, I would have been happier to see the Niners capitalize on a player that fulfills needs proven to be more fragile (WR, DB, OL). Not to mention, Kinlaw has quite the injury history as of recent. In January, Kinlaw could not play in the Senior Bowl due to knee tendinitis and multiple NFL teams have gone as far as labeling both of his knees at risk of arthritis. In addition to not performing in the Senior Bowl, Kinlaw also failed to participate in drills at the combine because of the injury along with his pro day being canceled on March 19. At this point and time, it’s hard to visualize exactly how much this move is going to directly benefit the 49ers, but I guess we’ll just have to wait and see.

The roster consists of a plethora of skill position players, and the list grew deeper when the 49ers traded up in the 1st-round to select WR Brandon Aiyuk from Arizona State. Their second day one pick, the Niners traded the 31st pick of the 1st-round to Minnesota for their 25th pick.

San Francisco gets its receiver

The 49ers draft ASU WR Brandon Aiyuk with the No. 25 pick in the #NFLDraft pic.twitter.com/cRScp7UvgE

It is obvious to see why San Francisco felt they needed to move up to get their guy. Aiyuk falls in line with the versatile, skill players Kyle Shanahan utilizes. Aiyuk was employed in every aspect of the Arizona State offense. He was used in the screen game, quick game in’s and out’s, went over the middle, intermediate level of the field, and deep perimeter use with which he could win with speed, physicality, and jump ball skills. Much like last year’s 2nd-round pick, WR Deebo Samuel, Aiyuk was employed in the fly sweep game. One can see how multiple and versatile Shanahan wants the players in his scheme. They need to be able to line up all over the field, work all areas of the field, and consistently accumulate yards after the catch. Shanahan himself, a former college wide receiver, has a special insight into wide receivers. Brandon Aiyuk’s vast skill set deepens the number of variables defenses will have to scheme for when facing the 49er offense. The shrewdness to trade up before the run on wide receivers, and the wide span of Aiyuk’s abilities earns this selection the grade of an “A.”

San Francisco did not have a day 2 pick. But, at the start of day 3, they traded a 2020 5th-round pick and a 2021 3rd-round pick to the Washington Redskins for veteran LT, Trent Williams. This trade coincided with the retirement announcement of 6x Pro Bowl LT Joe Staley. San Francisco, through the exchange of two mid-round picks, were able to replace their All-Pro LT, with a younger, fresher, All-Pro LT.

Welcome to the family, @TrentW71!

The transition for Williams should prove easy due to his experience in Shanahan’s offense. They were formerly paired when Shanahan was Washington’s offensive coordinator for several years. Most of the playbook and verbiage should remain intact.

William’s has elite pass protection ability and elite run blocking ability. For his size, Williams is extremely athletic. This enables him to perform the reach blocks and climbs in the trademark, Shanahan wide zone scheme. This rates as arguably the best draft day trade of the last several years. San Francisco earns an A+ for this transaction.

Embarking on the later rounds, strategy revolves around finding position depth, developmentals, and special team players. In the 5th-round, San Francisco selected OT, from West Virginia, Colton McKivitz. 6’6” & 306lbs, McKivitz played both LT and RT. This versalty makes him a potential sixth man, or swing tackle on the offensive line. He will compete in training camp for a roster spot, likely to compete with incoming veteran tackle, Tom Compton. Since this is neither a steal nor falter selection, it receives a grade of “B.”

The only downside to George Kittle is that there’s only one of him. The Niners are most likely going to make Kittle the highest paid Tight End in the NFL at some point in time. This means they are going to want to protect that investment in order to use it as long as possible. Finding another viable and reliable option at Tight End in order to take the pressure off and to preserve Kittles’ longevity seems like a no brainer decision to me. Luckily enough, the Niners seemed to agree.

The Forty-Niners were able to acquire the 190th overall pick by trading Wide Receiver Marquise Goodwin. With that pick, the Niners selected the 6’4 244lb product out of Georgia named Charlie Woerner. The young Tight End was selected for one main purpose, he is one of the best run blockers at his position in this year’s draft. This makes all the sense in the world for those who understand how Coach Kyle Shanahan runs his offense. This pick not only adds depth at the Tight End position but this more importantly also adds longevity to Kyle Juszcyks’ career. The All-Pro Tight End and Full Back now have another body willing to help create holes for this intricate run game.

Not a big receiving threat at all with only 34 receptions though 3 years as a starter. But he is a blocking machine in the open field. #CharlieWoerner #49ers pic.twitter.com/HSuxJC0noP

The final 49er selection came in the 7th round with the selection of Tennessee Volunteer WR Jauan Jennings. The list of rostered wide receivers is enormous and Jenning’s will likely struggle to make the 53 man roster. He could be cut and signed to the practice squad. At 6’3”, 215lbs, Jennings is a big bodied target that could provide QB Jimmy Garrapollo with a large spot over the middle of the field. But, Jenning’s measurables, a 4.72 40-yard dash, and 29” vertical, will make it difficult for him to separate from NFL nickel corners. Last season Jauan led all college receivers in broken tackles with 30. If production is to be seen on the field from the 22 year old, it will have to be through his physical style of play. Again, that’s if he makes the roster. Due to the position in the draft, where value is scarcer, this selection garners a “B-”.