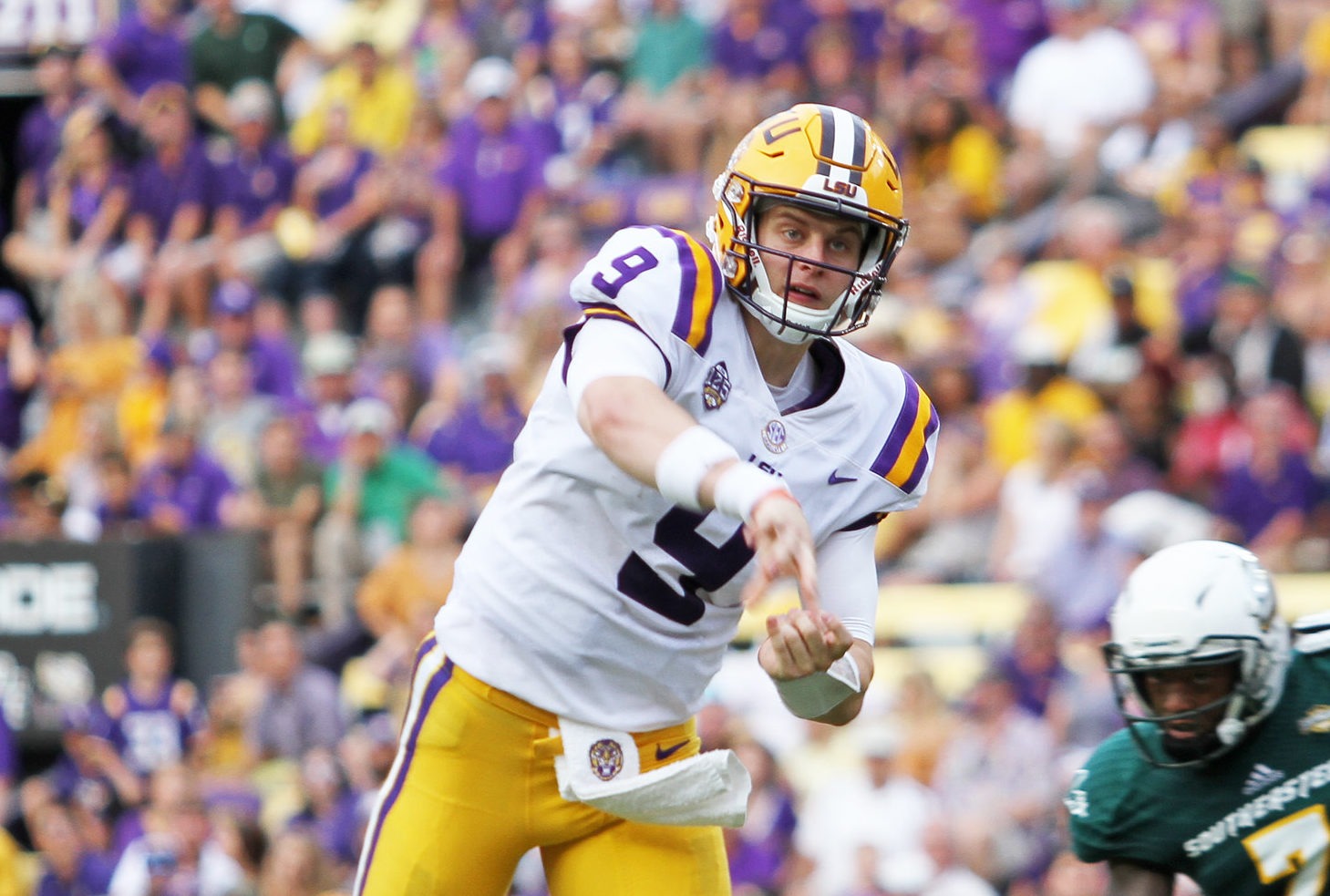 The Cincinnati Bengals have made the selection that was projected for a long time. This player has an incredibly strong and accurate arm. His physical capability was on display last college football season by Burrow throwing for an FBS all-time record 60 touchdowns on the way to leading his team to a championship. His ability will definitely be an asset to a team that is rebuilding under a second-year head coach. Burrow will be thrown into a leadership role under this regime. The Cincinnati Bengals are actually one of the best spots this player could land with and will be a day one starter for all fantasy football formats. This means that he can be relied upon as a starter from the first week of the season. In a dynasty league, he will be viewed as quite an asset.

Here is where the draft really started to get interesting. Once the Miami Dolphins decided to go with this player with their top-five pick in the first round, it helped to dictate which direction the rest of the draft was going. There were a lot of questions that arose surrounding injury concerns and future durability, but that was put to rest with this selection. Though he may begin the season on the PUP list meaning he would be forced to miss the first six weeks of the season, He can still look forward to a bright future with this team. Though he may not produce points at the beginning of the season for the fantasy football GM that selects him, he will be a stash hold in dynasty leagues.

Though the Los Angeles Chargers have confidence in veteran quarterback Tyrod Taylor, they decided to use significant draft capital on selecting their apparent franchise quarterback. This player was once touted as being the number one pick in the draft overall, meaning this team definitely got some value here. In addition to being a tremendous athlete, Justin Herbert exemplifies leadership qualities that are rare in a rookie. He will most likely not begin this season as the starter but will be by the end of the year. Whenever the time comes to take the reins of the team, he will have a variety of weapons at his disposal. These include among others Keenan Allen, Austin Ekeler, and Mike Williams. With his big arm, Justin Herbert will be able to get the ball down the field for some big-play opportunities. He will be on incredible choice in dynasty rookie drafts, though he may not be a starter right away.

Probably one of the most difficult situations for a first-round drafted quarterback is having an established starter playing in front of him. Though the situation will be a good learning experience, it is difficult for the player to understand that they are second-best and are not going to compete for the starting job. Jordan Love will most likely be sitting for two years at least, or until Aaron Rodgers decides to call it quits and retire. Looking that far into the future is tough for any rookie, but this situation is similar to the situation that Aaron Rodgers faced before taking over for Brett Favre. because the fantasy football point production  will not be here for such a long time, it is difficult to recommend picking Jordan Love in any league format except for dynasty leagues.

This selection had many  Philadelphia Eagles’ fans scratching their heads. With the contract that was just given to quarterback Carson Wentz, this makes some fans feel that significant draft capital was not needed to fill the backup quarterback role. Obviously, that is the plan here because Carson Wentz is  firmly entrenched as the starter. Jalen Hurts will be able to grow and develop behind him, but barring injuries this will be the best he can hope for at least a few years. While the backup quarterback position is important, it will not help the team win games as long as Carson Wentz is healthy. From a fantasy football perspective, Jalen Hurts can be left on the waiver wire in all formats.

Here is a quarterback situation where the drafted player will be sitting behind an entrenched starter. Philip Rivers is definitely on the wrong side of 35 and is looking to finish his career with a bang. Again barring injury, this is not the best situation for a rookie quarterback as far as fantasy football production is concerned. The fact that this player fell in the draft more than expected is not important. The situation that he is drafted into is more important than this draft capital used. Hopefully, he has a long career in the league and will look towards a bright future.

This situation is similar to the previous two where a rookie quarterback is behind an entrenched starter. Sam Darnold is without question going to be the starter for a long time, barring injury. Adding depth behind him is important, because they could need him at any

This is another player that fell more in the draft than expected. Though his talent is there, he is a raw player and will need coaching and experience to improve. Right now he will purely be depth behind starter Josh Allen serving as his back up.

After winning the hearts of fans last season, Gardner Minshew is now the starter for the foreseeable future without question. This is a draft pick that will be depth behind him at the quarterback position. It is very important for the team to have a capable back up with the departure of Nick Foles.

This player actually has gadget like capabilities, meaning he could actually play along with starter Ryan Tannehill. He is very fast and a capable runner though his arm accuracy needs to improve.

While it would be fun to think that this pick was a stab at Prescott‘s contract situation, it is not. This was purely to add depth behind him and Cooper Rush who is currently the back up. This player will be able to learn behind these experienced play makers, as well as being in the Cowboys’ system. Building experience is never a bad thing and will only lead to a brighter future.

This selection allows the New Orleans Saints to continue playing Taysom Hill has a gadget tape player from a bunch of different positions. He Will not have to be limited to a back up quarterback role and risk getting injured in his current playing style. This was a good selection on the team but will not lead to fantasy point production.

A productive college career does not translate very well to the NFL as exemplified with this player. The level of competition is a more important aspect when scouts are looking at prospects. This player will add depth to the quarterback room, and fight to become The back up to Kirk Cousins.