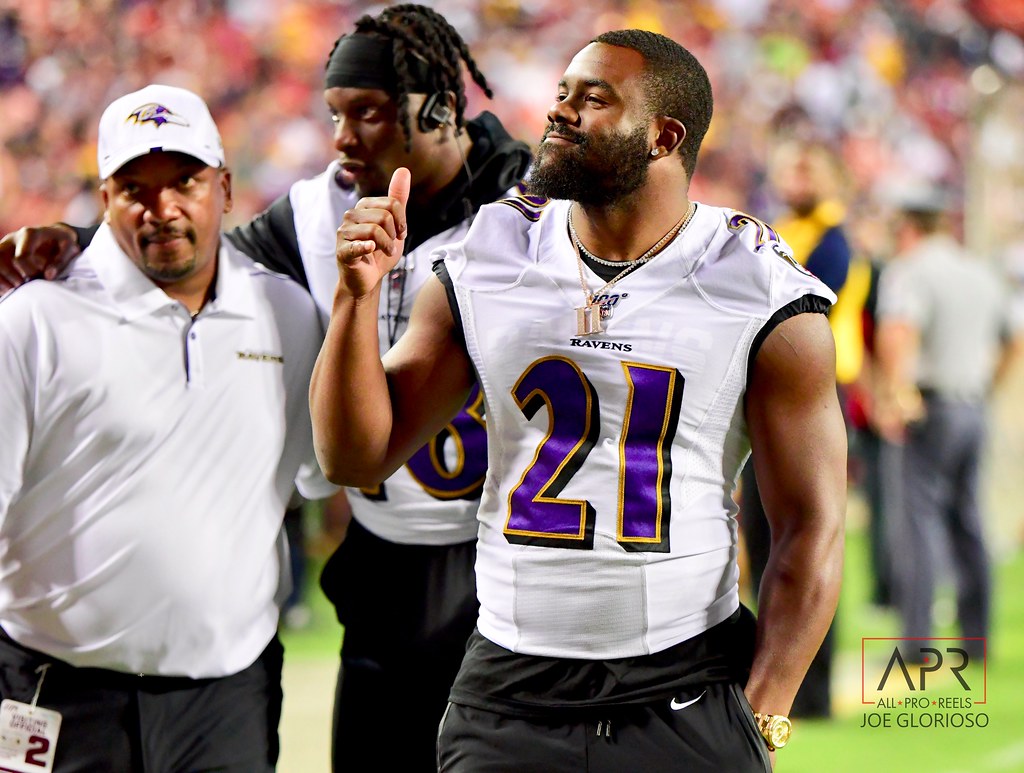 Even amidst the COVID-19 pandemic, the NFL still seems suited to start on time. That said, we are looking forward to the transient shifts on the Baltimore Ravens’ depth chart with a highly-competitive roster. With such a deep roster in a few positions, it will be interesting to see what Baltimore decides to do as they cut to their 53-man limit.

It appears that the majority of the NFL has settled with the players they’ve acquired between The NFL Draft and free agency. The Ravens added some talented rookies to their roster to supplement the free agents that helped to solidify a few weak points. It will be exciting to see what the likes of Patrick Queen, J.K. Dobbins, Devin Duvernay, Calais Campbell, and Derek Wolfe can add to Baltimore.

The Ravens also re-signed a few key contributors which left some questions for the upcoming months. The Baltimore Ravens’ roster now boasts a talented group of cornerbacks, four productive running-backs, questions at wide receiver, and a little bit of a sore spot at guard following the retirement of Marshal Yanda.

Lamar Jackson ties it up with a 9-yard TD pass to Miles Boykin 🔥pic.twitter.com/oINuvNrpAp

This is going to be a make-or-break group for the Baltimore Ravens. At a position that hardly flourishes in year one, the Ravens did get some solid production out of 2019-rookie Marquise Brown. That said, Hollywood also disappeared against some quality opponents.

Brown recorded yardage totals of  1, -2, and 6 against the 49ers, Bills, and Browns, respectively within the last 5 games of the season. He did not accumulate over 50 yards in the final 7 games of the season, and only had one 100-yard game all year (Dolphins). He produced, but to best teams like Kansas City, Baltimore needs more.

We know that Lamar Jackson and Hollywood Brown have continued to train together. There’s little doubt that the two will continue building chemistry and ultimately the expectation is that Brown will remain the #1 WR in purple. But who’s next?

Last year, the Ravens’ receiving corps was highlighted by Brown and Willie Snead. Snead was an underrated asset that consistently picked up tough grabs on third down. Despite an encouraging training camp and preseason, Miles Boykin never really amounted to anything significant, especially if you’re focused on fantasy football.

Was the hype surrounding Boykin warranted? Will he make a leap in year two? Boykin is definitely a bigger and more physical receiver than Brown; it’s truly hard to say if his lack of production was a product of his talent or Jackson’s preference to throw towards the center of the field. Boykin did sneak in 3 touchdowns in 2019.

So, the question is, will anyone emerge as a true #2 receiver in Baltimore? There should be a contest between Willie Snead, Miles Boykin, and Devin Duvernay to take over this role. Though we can never count out guys like Chris Moore, James Proche, or even special teams master De’Anthony Thomas. This will be a group to watch.

Now, a position that seems to be overloaded with talent, the cornerbacks. It is such a rarity in the NFL to have more than two talented corners, but the Ravens are looking at four potential starting-caliber corners on one roster. How will things shake out?

In 2019, Baltimore went out and got Marcus Peters to supplement an injury-riddled secondary. Peters looked to be back in original form after struggling to fit the scheme with the LA Rams. Peters defended ten passes, intercepted three, and recorded two touchdowns in his ten games with Baltimore. Not bad.

The other corner boasts the underrated Marlon Humphrey. Humphrey has emerged as a physical and talented presence that can match up with nearly any wideout in the league. Like most corners, he makes his mistakes, but he is an in-your-face corner that continues to be disruptive. He is also one of few that still lays the boom.

Humphrey visited the Pro Bowl after amassing 14 defended passes, three interceptions, and two forced fumbles. He had a knack for being around the ball. I can’t imagine him being anything less than the #2 cornerback.

Backing the two studs are Jimmy Smith and Tavon Young. Smith has been a consistent asset for Baltimore since 2013. Unfortunately, part of that consistency has been his injury history. Smith can’t seem to stay on the field. Playing less time than ever, Smith still accounted for six defended passes and an interception in 8 games.

Tavon Young is the wildcard here. Young emerged as an up-and-coming force that sadly also went down to injury and missed the 2019 season. Young has now missed a season in 2017 (ACL) and 2019 (neck). He is a high-effort player that can truly make a difference, but can he rebound again?

It’s interesting when you break it down. Who did the Ravens lose on defense? Though the Ravens lost a couple players to free agency, cornerback didn’t suffer during that time.

Ah, another seemingly-loaded position for the Ravens. If you’re a fantasy football enthusiast, it’s extremely hard to predict what’s to come this season for the Baltimore Ravens’ backfield. Does Ingram continue to carry the load? Does Justice Hill get a bigger role? Does J.K. Dobbins emerge as the premier back?

We had done a little assessment of the Ravens’ backfield earlier this year, but adding J.K. Dobbins cast even larger shadows on our predictions. At this point, we’d have to assume that Mark Ingram initiates the 2020 season as the lead back, but there is some room to speculate on how many touches he will lose to the crowd.

Realistically, it’s pretty rare in this era for a team to roster four RBs, which leaves us to ask, will one of these backs be cut or traded? After re-signing Gus Edwards to a cheap contract (1-year, $750k) and Justice Hill on a rookie contract, they don’t have a ton of money invested in the position, so it may be reasonable for them to hold all four for the time being.

All eyes are on Dobbins at this point, especially after Head Coach, John Harbaugh, when asked about Dobbins, had nothing but good things to say.

….Arm tackles, no way. Speed. Game-breaking ability. So, I think we’ve added a lot of speed – he’s a big part of that. – John Harbaugh on J.K. Dobbins

We didn’t forget the big men. In 2019, the Ravens bolstered one of the best lines in the league. They were dynamic enough to protect Lamar Jackson and also help pave the way for all other runners to have a league-best rushing attack. Sadly, the Ravens lost a great player in Marshall Yanda to retirement at the conclusion of the 2019 season.

Losing a stud lineman is usually a bigger misfortune than we’d anticipate. As of now, it looks like there is a healthy competition for center between Matt Skura, Bradley Bozeman, and Patrick Mekari. Skura filled in nicely in 2019 but suffered an injury late in the year.

Let’s pretend that Skura remains the center, that leaves a competition for two guard positions between Bozeman, Mekari, newcomer D.J. Fluker, and 6 rookie interior lineman. The rookies are highlighted by Tyre Phillips and Ben Bredeson as mentioned in our Ravens’ draft review. Check out that link if you’re asking, “Who did the Ravens Sign 2020?”

Though Fluker had some success in Seattle, offensive linemen tend to have varying success based on scheme and coaching. The biggest plus with Seattle is that they also had a rush-heavy offense with a mobile quarterback in Russell Wilson. Who is going to step up to protect Baltimore’s most valuable asset?

At the end of the day, we have great confidence that Eric DeCosta and John Harbaugh will make each of these situations work. With a veteran presence at each position, the Ravens should be able to guide their younger players to success as the season progresses. A little improvisation from the 2019 MVP might help too.