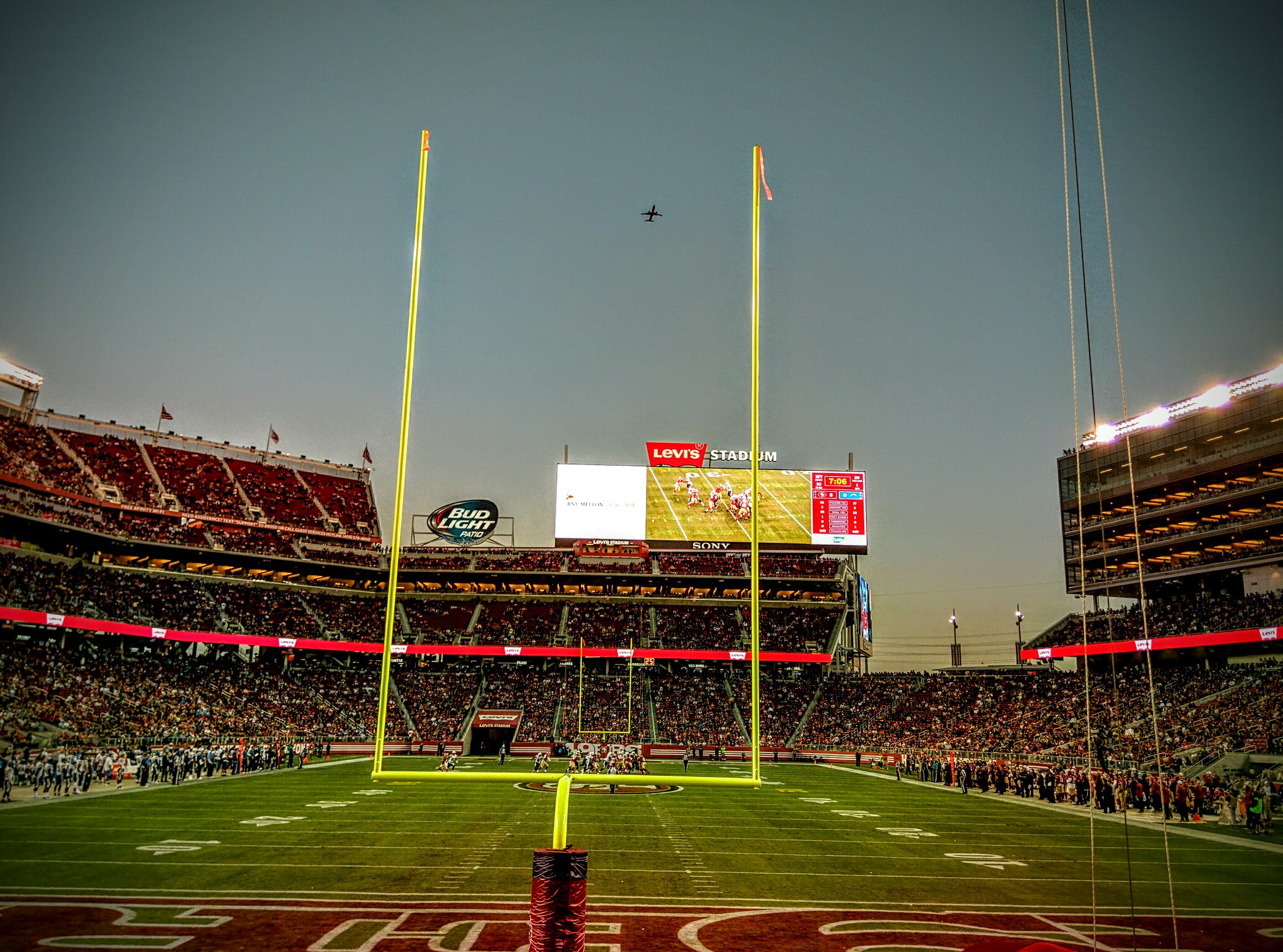 After a rough start to the season, the San Francisco 49ers earned a much-needed victory over the division-rival Los Angeles Rams on Sunday.

San Francisco didn’t put up the type of stellar offensive showing often synonymous with Kyle Shanahan, but the fourth-year head coach’s team found a way to do enough and get to .500 with the win.

I feel like I analyze Kyle Shanahan’s offense a lot, but it’s just so fun to watch and unpack.#49ers didn’t put up a huge offensive showing in last night’s win over the #Rams, but they did enough to calm Jimmy Garoppolo calm and the victory.

Here’s some key offensive plays for San Francisco in the victory:

Shanahan is a renowned offensive mind, and he certainly knows how to use formations to create optimal situations against defenses.

Here, the 49ers use a bunch formation at the goal line, taking advantage of the short field to create havoc for the Rams defense.

A bunch formation in a short field is always a great call. Can get defenders cramped, jumbled up and running over each other, easily opening holes in coverage.

On this play, electric receiver Deebo Samuel motions to the backfield, coupling with the play-action to really sell the run to Los Angeles’ defenders.

This didn’t go for much, but it’s just an awesome play. Deebo Samuel motions to the backfield and the play-action has defenders fooled before Samuel swings to the opposite side for a screen.

Samuel then goes the opposite way, catching the pass for a screen. He doesn’t produce yardage, but it’s a vintage Shanahan look that favors motion and diversion over simplicity and power.

Late in the game, as the 49ers looked to seal the win, running back Jamycal Hasty made a big move that produced good yardage.

On first-and-10, Hasty takes the pitch from Garoppolo and goes to the right, the direction the offensive line and a fullback are zone-blocking.

This was a good run to help ice the game for the #49ers. Zone blocking to the right with fullback help, but Jamycal Hasty makes a great cutback to create a great first-down play. pic.twitter.com/1MhrFZS9wk

But he sees the space for a cutback and takes it, slowing down the Rams crashing defense and recording a big first-down play.

Deebo shows why he’s a weapon

Another late-game play helped exemplify why Samuel is such a valued player for the 49ers.

He takes the quick pass and uses his speed and quick cutting ability to cruise past defenders and gain more than enough yardage for the first down.

Finally, this is what makes Deebo Samuel such an asset and why it was so tough on the #49ers to not have him recently.

Soooo fast and makes great cuts, but can also use power to get extra yards. Such a great weapon to use in the run game as well as the pass. #TapeWithTWom pic.twitter.com/ciXQL7AVAh

Samuel is so effective because he can do it all; he can both catch and run the football, blending a unique array of talents in order to fly past defenders or power right into them. Either way, he’s a sure bet to pick up needed yards and score some touchdowns along the way.

The 49ers missed his production recently, as Samuel has already been sidelined by injuries this season. But this is just one example of what he can do when healthy and in the game.