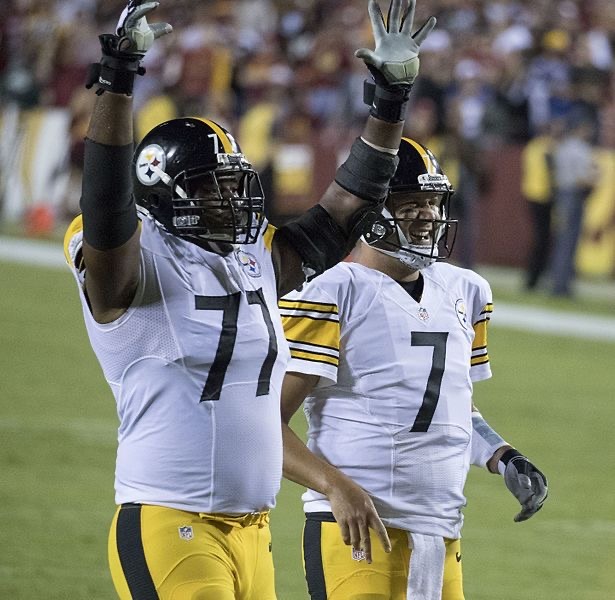 The Steelers should have demolished the Cowboys. It is no secret that the Steelers play down to their opponents for some reason that no one knows. And on Sunday, they did it again.

A win is a win, however, and the Steelers are 8-0 for the first time in franchise history, and according to Pro Football Reference, they are the 28th team to start 8-0 in the Super Bowl era. A very remarkable accomplishment. Now, how they achieved it, not so much.

The Steelers offense was horrid during the first half on Sunday, and the defense was not much better. The Cowboys marched up and down the field with ease. The ‘Steel Curtain’ gave up 158 yards to the Cowboys, which included two field goals and a CeeDee Lamb score, which put the Cowboys up 13-0.

On their first four offensive possessions, the Black and Gold punted three times and then got stuffed on fourth and one. With less than two minutes left before the half, Ben Roethlisberger and the offense put a nine-play, 75-yard drive together for a 17-yard touchdown catch by James Washington to finally put the Steelers on the board. Chris Boswell missed the extra point, so the score was 6-13.

Roethlisberger got injured on their scoring drive, but with Big Ben being Big Ben, he stayed in the game completed all of her passes. After the Steelers scored, he went to the locker room, and Mason Rudolph replaced him for the rest of the half. According to Ian Rapport of NFL.com, Roethlisberger sustained not one but two knee injuries.

The defense finally got a takeaway on the first play of the Cowboys next drive. Cameron Sutton would force a fumble, and Minkah Fitzpatrick would recover.
Rudolph would do nothing with the offense, and Boswell would kick a field goal to end the first half. Cowboys led 13-9.

Juju Smith-Schuster finally made his presence known on the next Steelers drive as he and Roethlisberger hooked up on a 20-yard catch, followed by a nine catch, and finished it off with a 31-yard touchdown catch. Boswell’s extra point was blocked, making the score 19-15.
Smith-Schuster would catch six catches throughout the game for 93 yards and a touchdown.

The defense would finally come alive in the fourth quarter when the team needed them the most. Fitzpatrick would pick off Garrett Gilbert, which eventually led to an 11-play drive that ended with a Boswell field goal. The Steelers cut the lead to a point, 19-18.

The Steel Curtain forced a punt on the Cowboys next drive, and Big Ben would hit Eric Ebron for an 8-year touchdown catch, which would end up being the game-winner. The Steelers attempted a two-point conversion but failed, putting the score at 24-19.

When the team needed the defense to step up one more time, they stopped the Cowboys on fourth down on their ensuing drive. After turning the ball over on downs with just over 40 seconds left in the game, the offense would give it right back. Coach Mike Tomlin decided not to kick a field goal because of all of the kicking miscues.

The Cowboys marched down the field one more time, but on the game’s final play, the ball got knocked away, giving the Steelers their eight-win and their fans another heart attack.

Big Ben ended the game with 306 yards and two touchdowns.
The Steelers will play the Bengals at home this Sunday after playing three straight away games.