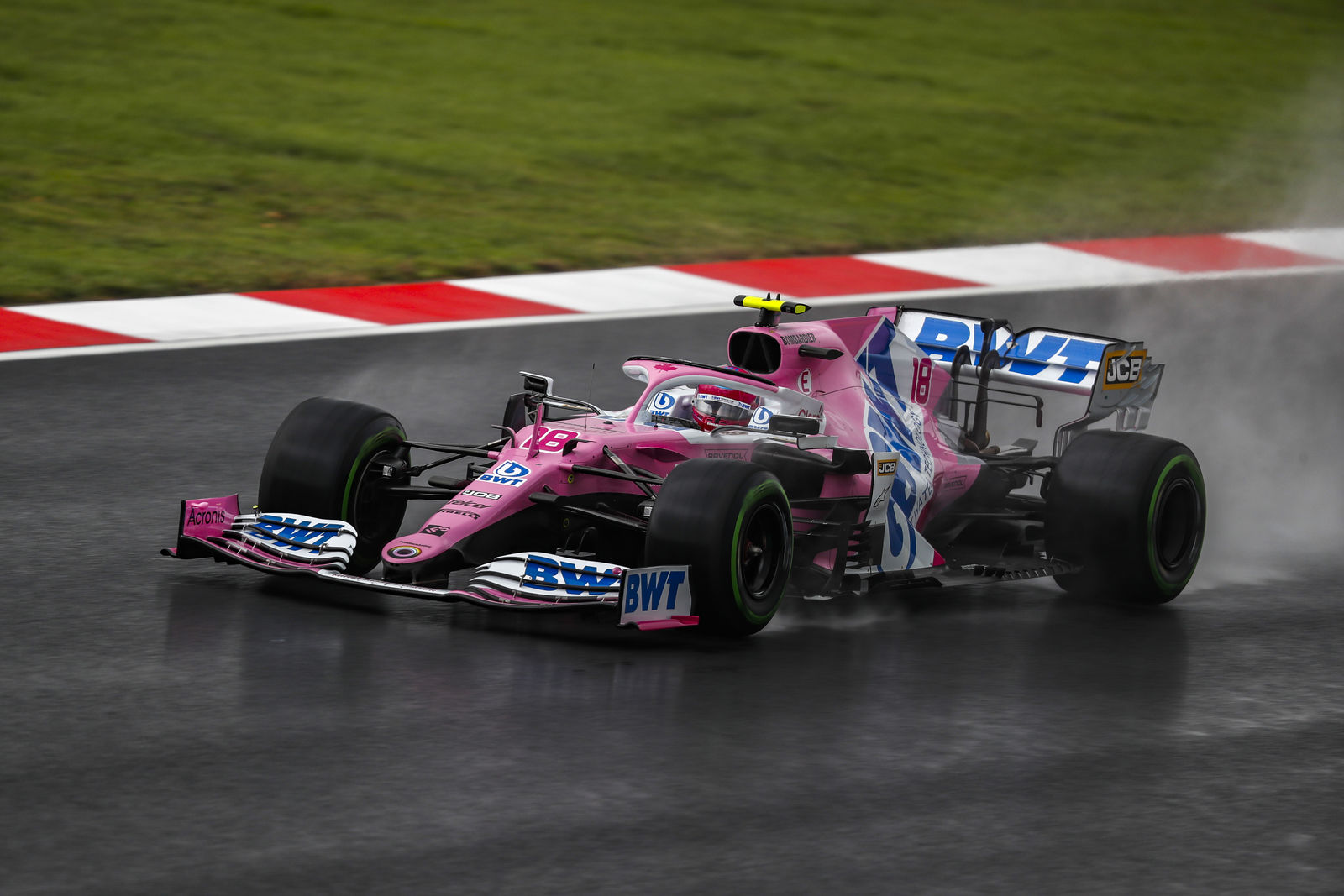 To further strengthen this triumph, Stroll’s teammate Serio Perez placed in 3rd, split only by Red Bull’s Max Verstappen in P2. Verstappen was the quickest of them all during all of the practice sessions, however, his quickest lap today remained at 0.290 seconds away from the pole position. His teammate Alex Albon placed in P4, which is a pretty strong result for the driver.

Daniel Ricciardo with Renault qualified 5th, while world champion Lewis Hamilton remained in P6 for Mercedes today. Lewis has the chance to win his 7th championship title tomorrow, but in order to do so, he would have to make up some positions. Nevertheless, quite a surprising result from Mercedes, having in mind that their other driver, Valtteri Bottas qualified only 9th. Having won every singe pole position so far in 2020, this was Mercedes’ worst qualifying result in a long, long time.

Renault’s Esteban Ocon placed 7th, ahead of Kimi Raikkonen’s P8 for Alfa Romeo. Kimi’s teammate Antonio Giovinazzi qualified in P10 and brought Alfa Romeo’s best result of 2020. Raikkonen and Giovinazzi are the two drivers who have achieved the best overall pace improvement this year – quite a hopeful statistics when looking forward to 2021.

Q2 went relatively normal. There were no substantial traffic problems, and the rain did not appear again. Lando Norris with McLaren placed missed on getting into Q3, and he will start tomorrow’s race from 11th on the grid. Right behind him, Sebastian Vettel with Ferrari placed 12th, while his teammate Charles Leclerc qualified in P14. Today’s Ferrari failure was split only by Carlos Sainz who placed 13th for McLaren. Even though the track conditions kept on improving, the Ferraris were still approximately 6 seconds behind the quickest attempt by Max Verstappen. Pierre Gasly with AlphaTauri finished the session in P15.

The first qualifying session was a complete mess. For starters, it took over an hour to complete, instead of the standard 20 minutes. At first, the conditions seemed to be improving, which allowed many of the drivers to complete several qualifying laps. Nevertheless, the rain returned just six minuted before the end, which caused the first red-flagging of the session.

Fortunately, the rain stopped and everyone got a second chance. Kevin Magnussen with Haas was the first to be eliminated, and he will start tomorrow’s race in P16. After that, Daniil Kvyat qualified in 17th for AlphaTauri. Although George Russell with Williams placed 18th, he will be penalized for car components changes, which will put him at the very end of the grid. Romain Grosjean ended up in the gravel at turn 1, which caused another red flag to be waved only 3 minutes before the checkered flag. Ultimately, Grosjean remained 19th, ahead of Nicolas Latifi with P20 for Williams. Latifi also ended up in the gravel in the last few remaining seconds.

You can check out the official qualifying results HERE.